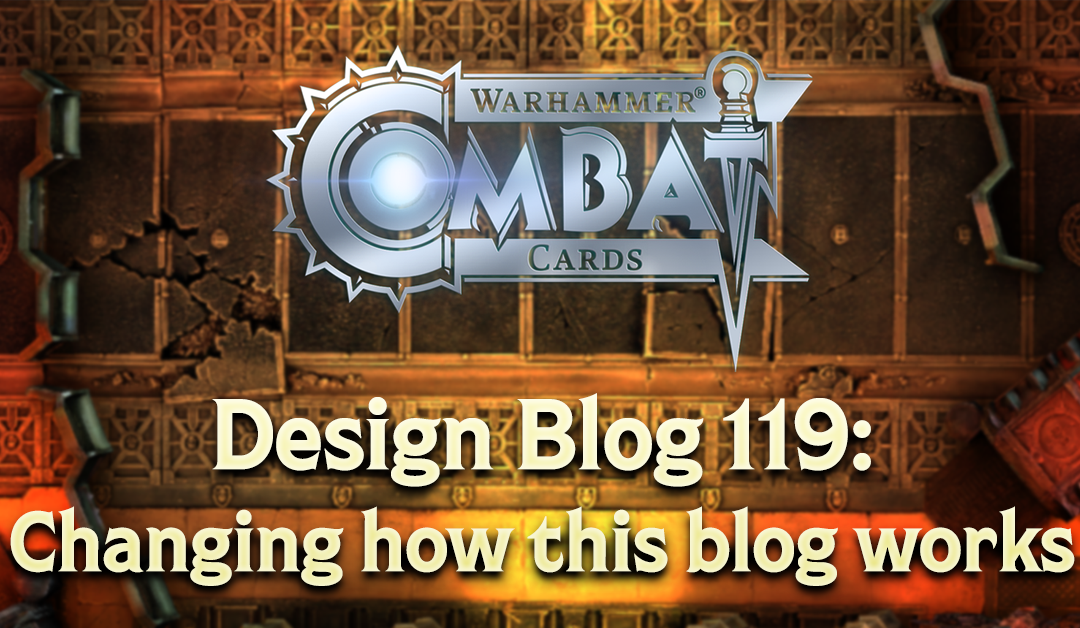 My goal with these blog posts was to talk about work that’s in progress, why we made certain creative decisions and to expose some of the behind the scenes elements that go into making a game.

Since the end of 2017 I’ve posted almost every week, alongside the hobby blogs (showcasing which hobby activities the Well Played team have been up to) and developer updates (what’s just been added to or changed in the game), and I’ve really enjoyed sharing a lot of information with you guys. As I’ve mentioned before, one of my objectives is to ensure that even if you don’t agree with a decision we’ve made, you at least understand why we made it.

This next bit is going to sound like a digression, but bear with me. One of the logical but annoying things about working in the industry is the number of times you can’t talk about something you’re working on. I mention this because that’s my situation right now and why these blog posts will slow down from their current more or less weekly cadence.

Two things to spell out:

So what this means is I’ll be continuing to post, just less regularly. Rather than talking about upcoming work while it’s still a way out, I’ll wait until each feature is nearly ready for release and then discuss any design challenges that came up or other areas of interest (leaving full details of exactly how the feature works to the developer updates).

Hopefully that all makes sense and reassures people that while these blog posts will slow down, work on Combat Cards definitely hasn’t. It will also hopefully alleviate some of the times when I discuss ongoing work because it’s thrown up some interesting decision questions, but then that feature hasn’t appeared in the game for a while (clans and battle pass for example).

I’ll be back to talk about cool stuff soon, but in the meantime feel free to ask questions or send feedback. You can get in touch by leaving a comment below, through our Facebook page or by mailing [email protected]. Also, if you’d like to follow our posts through RSS you can use this link:  https://www.combatcards.com/feed/