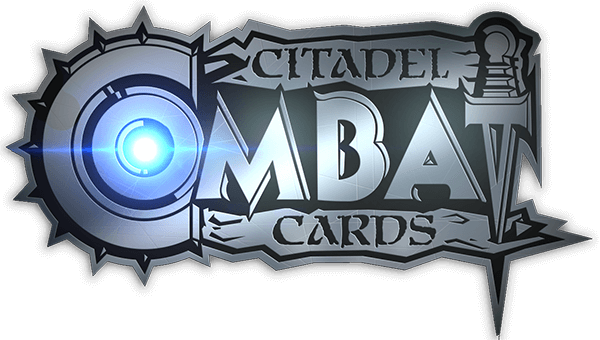 While the rest of the site revolves around the new, digital, Warhammer Combat Cards game – this page is all about the classic, physical, Citadel Combat Cards from Games Workshop.

But first, if you’re new to the worlds of Games Workshop you might want a primer, however if you’re already a devout follower of the Emperor then skip ahead to the next section. 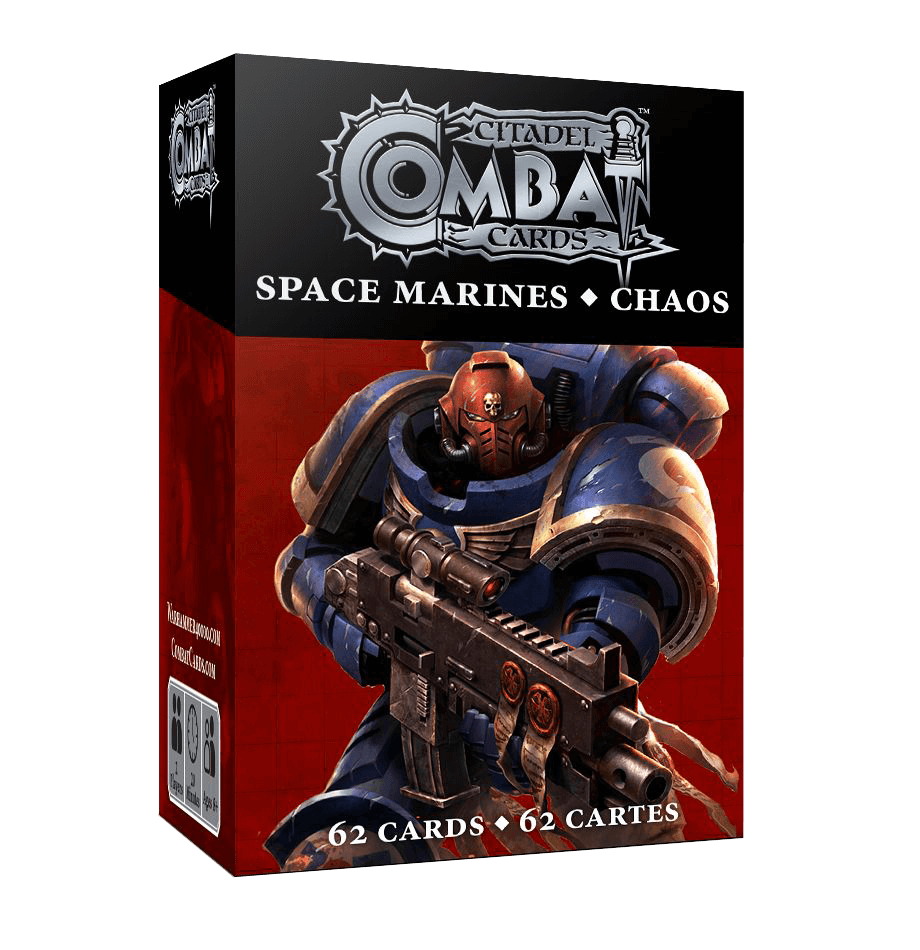 Games Workshop has several universes, from the high fantasy of Warhammer Age of Sigmar, to the gothic, far-future of Warhammer 40,000. Each revolves around mortals battling to achieve their goals, or simply to survive against apocalyptic odds. These battles are usually played across a tabletop using detailed miniatures that you assemble and paint.

First released in 1989, the physical Combat Cards each featured an iconic miniature from Warhammer 40,000. Every miniature was painted by Games Workshop’s elite ‘Eavy Metal hobby team, and the cards gave them stats which recreated how they fought on the tabletop. Players could then use their cards in a fast-paced, tactical card game. 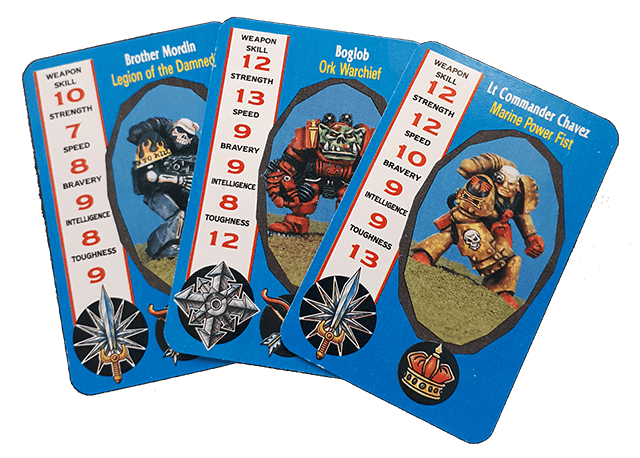 Cards from the ‘Spacewar’ deck from the 1980’s, which included miniatures from each of the Warhammer 40,000 armies of the time 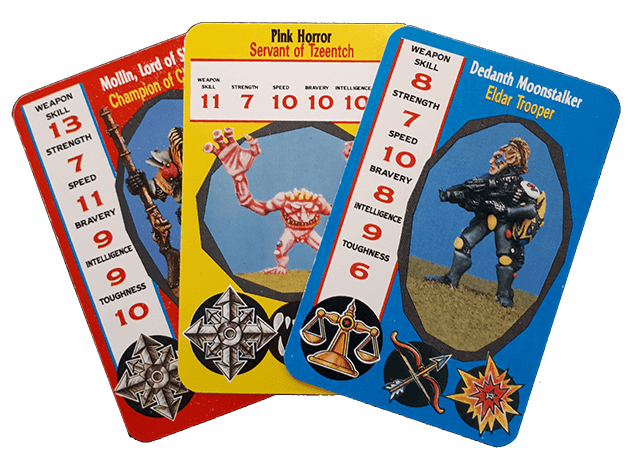 More of the original 80’s cards. Note the ‘special abilities’ icons at the bottom of the cards, only used in the alternative rules from White Dwarf 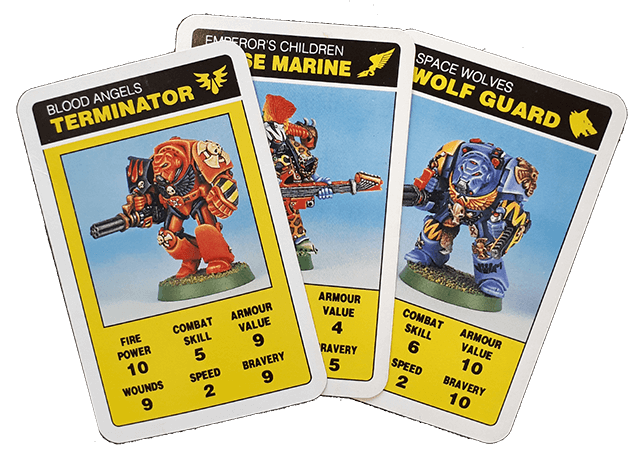 A second edition of Combat Cards was released in the 1990’s, including super-colourful cards from a range of Games Workshop games 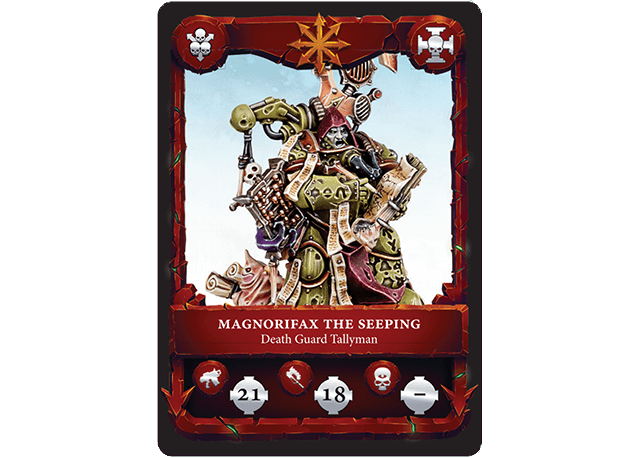 One of the brand new Citadel Combat Cards from 2017, showing how the design has evolved, but is still true to the classic idea

The history of Citadel Combat Cards

Jervis has worked on many of the company’s classic titles, including Warhammer 40,000, Blood Bowl, Epic and more recently Age of Sigmar.

Our intrepid reporter interviewed him about his memories of making the original Citadel Combat Cards.

During the late 1980s the Games Workshop Studio was located closer to the centre of Nottingham on a street called Lower Pavement. I would wander around the city during my lunch breaks and visit the various toy shops and newsagents. It was during these walks that I discovered that collectible cards were becoming popular as children’s toys.

This got me thinking; could Games Workshop make a similar product using all the amazing miniatures and lore we were creating? I reasoned that such a product would be a great way for younger customers to engage with our range of miniatures and they would serve as a painting guide for older collectors.

I remember making some mockups of the kind of cards I had in my head using paper, glue and sellotape. I took these rather rough tests to the managers at Games Workshop and, to my surprise, they agreed to develop the product! However, that was just the start of the hard work. Very quickly I released the challenge for me would be coming up with all the names and stats – no mean feat given the original range of cards numbered over 150 individuals. 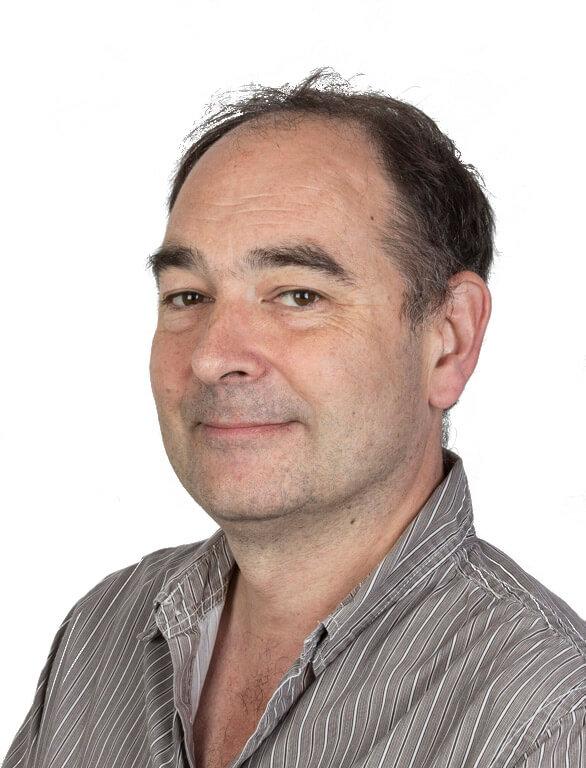 I worked long and hard trying to ensure the stats reflected the lore we had already established for each creature. I tried to include all the great, classic miniatures of the time. The one I remember the most is the mercenary dubbed ‘Giovanni Marmalodi’. He had a helmet with an amazing crest and he graced the cover of the Warriors deck*.

I was very proud when all the lists was done, but that wasn’t the end of the work. Our managing director of the time suggested (rather strongly) that we print rules for alternative games using these cards in our monthly White Dwarf magazine. Taking the pre-established stats and making fast-paced games was pretty daunting. We worked hard and eventually we published rules for two games; Charge! and Attack! I think we did a good job, but I’m unsure of how many people actually played these games. [Editor’s note: Yes, Jervis, I played these games!]

Sales were strong enough that a second edition of Combat Cards emerged in the 1990’s. Looking back on both editions I release that they are based on a simple idea that proved very popular and still resonates with collectors and hobbyists. 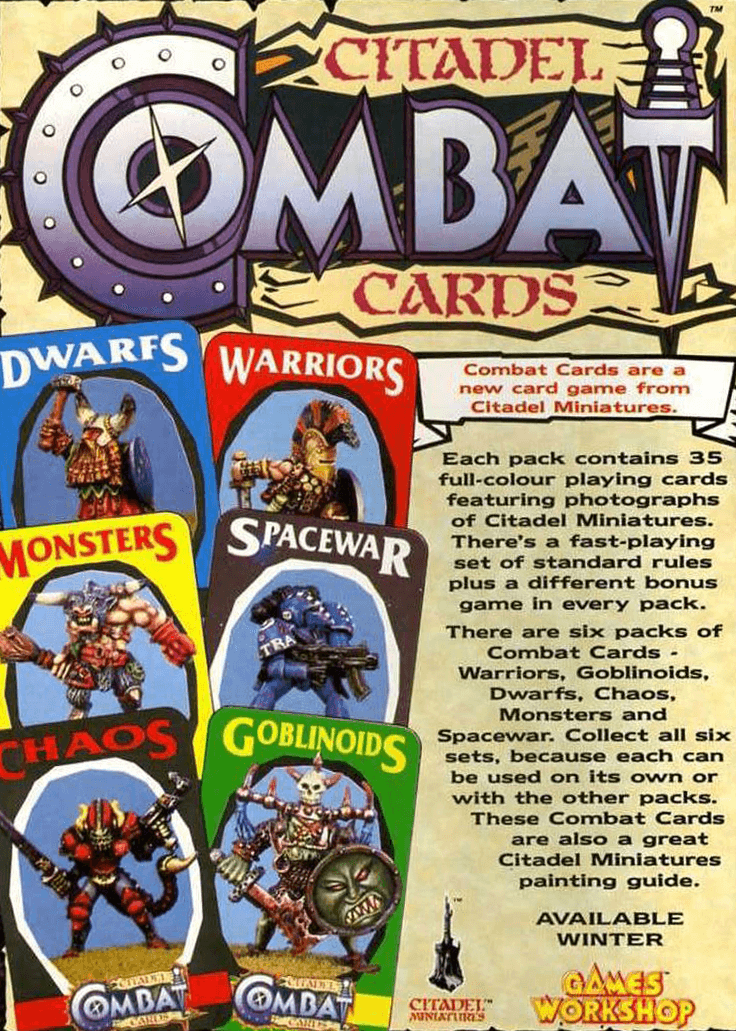 I think it hooks into certain core aspects of geek culture – that of collecting and building decks. The appeal of modern collectible card games is testament to this. If you were into Warhammer and cards it was ace. I really felt I channelled my own geekiness in making these line of products.

When you work inside Games Workshop sometimes it’s hard to see the effect your products have on the world. I think Combat Cards were so left-field no one anticipated them being so popular. I was chatting to the Games Workshop rules writers recently and out of the whole team eight actually started the hobby by buying a pack of Combat Cards. Indeed, one member of staff even met his wife though them. She would bring her little brother into the local Games Workshop store to buy him cards and that’s how they began chatting. The legacy of the cards is, therefore, even broader than simply introducing people to the Games Workshop hobby.

*Editor’s note; this is a classic miniature known as ‘Gladius’, also going by the less catchy name of ‘Sword 25 BC7/2’. 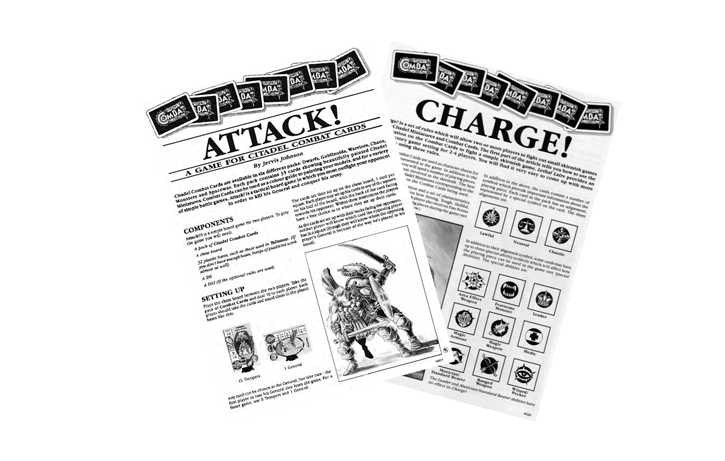 Along with the ‘core’ rules included in each pack of Combat Cards, Games Workshop released two new ways to play with your cards in their White Dwarf magazine.

We thought it would be fun to make our own unofficial house rules rules for the latest version of paper Combat Cards, released in 2017. So if you own the Space Marines versus Chaos Space Marines pack of Combat Cards feel free to download ‘Dawn Raid’ by Well Played Games’ Tim Page, and enjoy a new way to play with your cards.