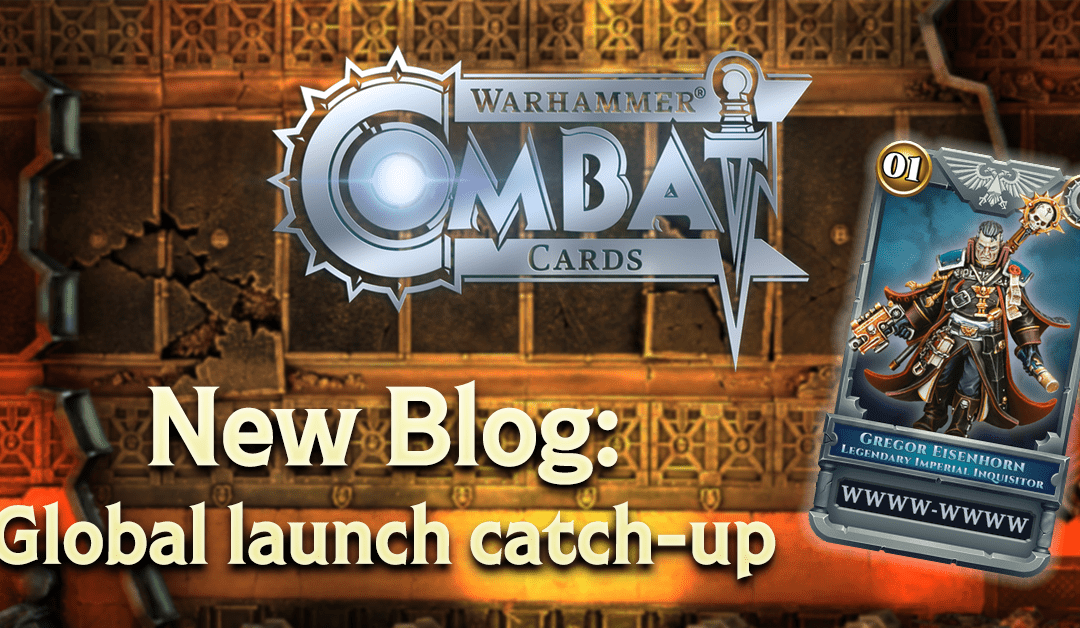 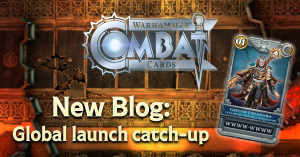 Hi there. As we’ve just launched the game worldwide, I wanted to use this week’s blog to get new players up to speed, and give them and our veteran players a look at what we have planned for the game.

If you’re reading this then I assume you’ve downloaded and played Warhammer Combat Cards, so I’ll skip the ‘how to play’ (though if you do want to know more, check out the game’s built-in guide or all these posts).

As for ‘what is my goal?’, there are several different reasons to play Combat Cards, but broadly your objective is to collect every card and upgrade them to max level. That will give you the most deck-building options when battling other players, and ensure you can always build a strong deck for each Campaign.

This is probably the most efficient way to get all of the cards:

One final piece of advice – make sure you’ve opened your free ‘reinforcements’ pack as part of the initial tutorial. We’ve noticed that some people who are finding the start of the game too difficult aren’t opening this pack, which is something we’ll work to address going forward.

By following the above you’ll soon have a collection of powerful cards, getting you ready for upcoming features like clan-versus-clan battles. Speaking of which…

As our veteran players will know, Combat Cards has been out in a couple of countries for a while, meaning those guys got to see the game ages before anyone else, but also had to put up with the various issues of a work-in-progress game.

During that time we made the difficult choice to swap the game’s engine, which put our progress back a bit and meant we had to spend some time focusing on bugs and polish, rather than adding new features.

I’ve talked about the various features we’re planning to add to Combat Cards before, but right now our priorities are: 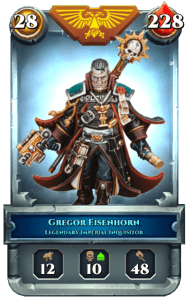 The limited edition Inquisitor Eisenhorn card is only given away at real-world events and for special occasions.

If you’re new to Combat Cards then welcome aboard. And if you’ve been playing for a while, then our sincere thanks for your patience during the engine change-over and the various teething issues.#

Whether you’re a new player or a battle-scarred veteran, please let us know your thoughts and suggestions – your feedback helps us shape the game’s direction and show us which issues we need to work on as a priority.

I’ve run a couple of Q&A blog posts in the past, and am going to do so again in about a month, so please send me your questions. Anyone whose question I answer will receive a free copy of the exclusive Inquisitor Eisenhorn card.

Thanks for reading – and for playing!
Stu