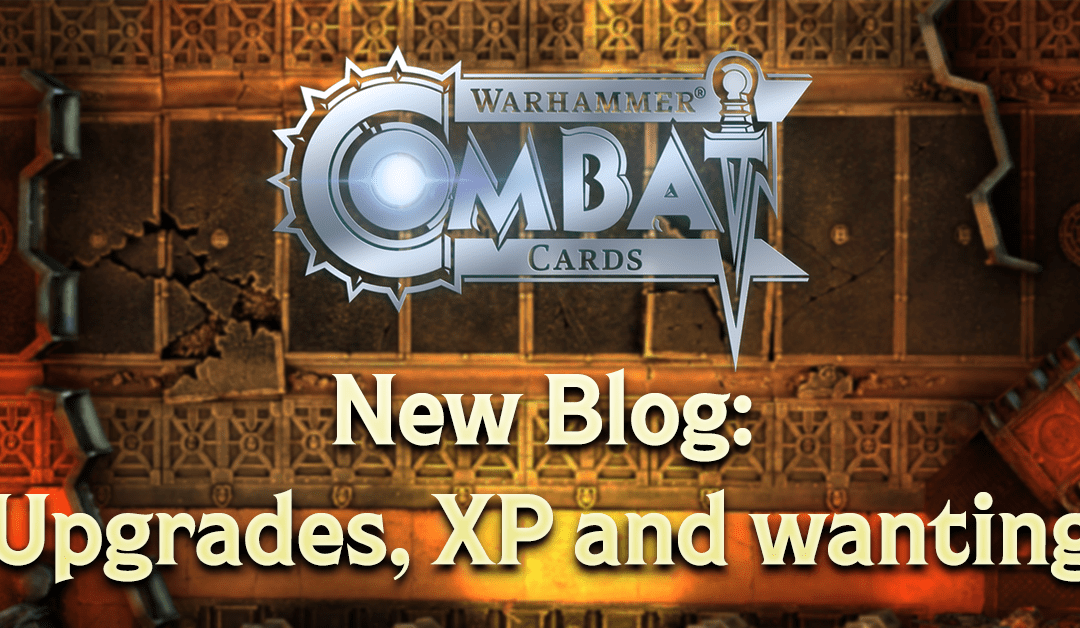 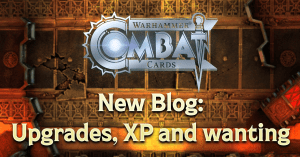 As I mentioned last week, I like to use these posts to let players know about changes we’re making to the game and – more importantly – to try and explain why we’re making them. I think the latter part is more important because players can understandably feel worried when a game which to them seems to be working more or less fine is suddenly changed, forcing them to adapt how they play.

I’ve written about the importance of Combat Cards having a healthy metagame before, by which I mean that we need players to use a wide variety of cards when battling each other to help avoid everyone agreeing that ‘deck X’ is the optimum way to play and only using those cards. We do this by balancing the cards (more on this in a post soon), but also by adjusting game systems to support this.

We recently made one of these adjustments by changing A) how you earn XP, B) how much it costs to upgrade cards, and C) how much XP you need to increase your Rank. Those are pretty big changes, so why did we make them?

It is a fundamental truth that Combat Cards is built on players wanting to collect cards. As a result we steadily release new cards, adding more deck building options and keeping up with Games Workshop’s latest miniatures. If players don’t want or need the new cards we’re releasing then everything breaks down.

Now, the ‘wanting’ part is easy – we try to include a mix of new and classic miniatures for each faction, so there’s something for every Warhammer 40,000 fan. But ‘needing’ the new cards is trickier, and that’s because of how our cards upgrade.

Y’see, as cards increase their stats when upgraded but not their points cost, it currently makes sense to just upgrade a few cards and only use those ones in battle. That’s a problem because if you don’t use a wide pool of cards then why collect them at all?

So we made two changes to this area, with a third change happening as a side effect:

I play a lot of games, so I 100% understand the suspicion that whenever a developer changes how a game works it’s only to make things more difficult for players. However – putting on my developer hat – I see that we absolutely had to make this change to the game to ensure its long-term health, but also that no matter how much we explain why we did it, players still don’t like change.

This is the eternal dilemma of game development, so if you can think of a way around it please do let me know! You can leave a comment below, email [email protected] or get in touch through our Facebook page.