Design Blog 30: How Combat Cards fits into your hobby 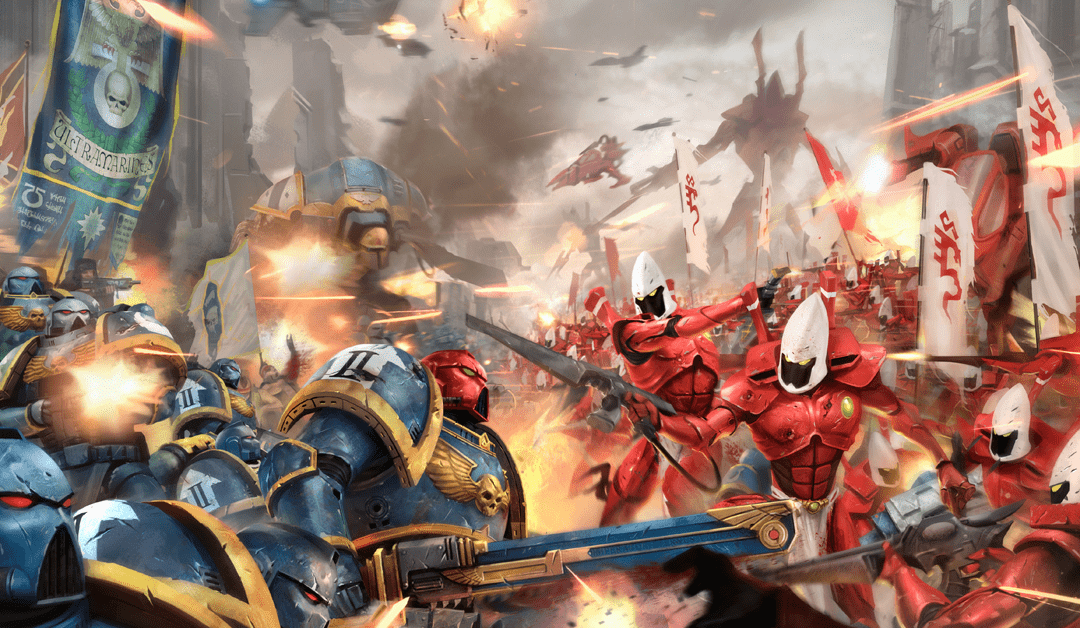 Something a little different today, so apologies if this is a bit rambling.

Some friends and I visited Warhammer World (Games Workshop’s HQ, miniatures exhibition, gaming hall and cafe) recently, and this got me thinking. Y’see, the venue was packed – there was a tournament going on, people painting their miniatures, groups like us playing on the cool scenery, and so on.

So I thought it might be interesting to look at where Combat Cards fits into all this – including the differences between how we thought players would play the game and how they actually are.

As mentioned above, one of the great aspects of the Games Workshop hobby is that you can engage with it in loads of different ways, such as playing war and board games, reading books, painting miniatures, roleplaying, videogames, and so on.

Obviously, some of these activities work best with more players, while others can be done on your own. Similarly, some are meant to be enjoyed in long sessions, while others – like Combat Cards – are designed to fit into shorter gaps.

Occasionally a player will ask why Combat Cards only has four ‘victory pack slots’, as it means once you’ve won four battles there’s less reason to keep playing (because with all your victory pack slots full, you don’t earn anything for your victories).

But we’ve very deliberately designed the game around the idea of several short play sessions in a day being the ‘optimal’ way to play, with multiple systems all encouraging you to log-in, enjoy the game and then log-out.

From the game’s clear goals and binary attack choices, to being able to play in portrait orientation with just one finger, everything in Combat Cards revolves around it being a pick-up-and-play game. In fact, one of our principles has always been that if you’re playing tabletop Warhammer 40,000 and your opponent’s taking too long in their turn you can fit in a quick, sneaky game of Combat Cards while you wait*.

But interestingly, because we’ve avoided any hard restrictions on the number of normal battles you can fight, it’s up to you when you finish each play session – we don’t force you out.

And so, even though we’ve designed the game around short play sessions, our stats show that some players just keep on battling way past the point that the game has stopped giving rewards. Presumably they like crushing their opponents so much that the victories are reward enough – which, to be fair, is a very 40K approach to war.

Anyway, as an experiment, over time we’ll look at ways we can cater for players who prefer longer sessions – by adding a single-player story mode that you can play and replay, for example.

That said, Combat Cards will always be a short session, pick-up-and-play game. After all, there are already plenty of cool 40K videogames you can sink long play sessions into, so we’re aiming at a different play style – a game which fits in around your other hobby activities.

Hopefully that makes sense and explains why we made some of the decisions behind the gameplay and the rewards you get. As ever you can get in touch through [email protected] or our Facebook page.

* Probably best not to actually try this, as you may look up from a Combat Cards battle to find your troops all dead and your opponent whistling nonchalantly.