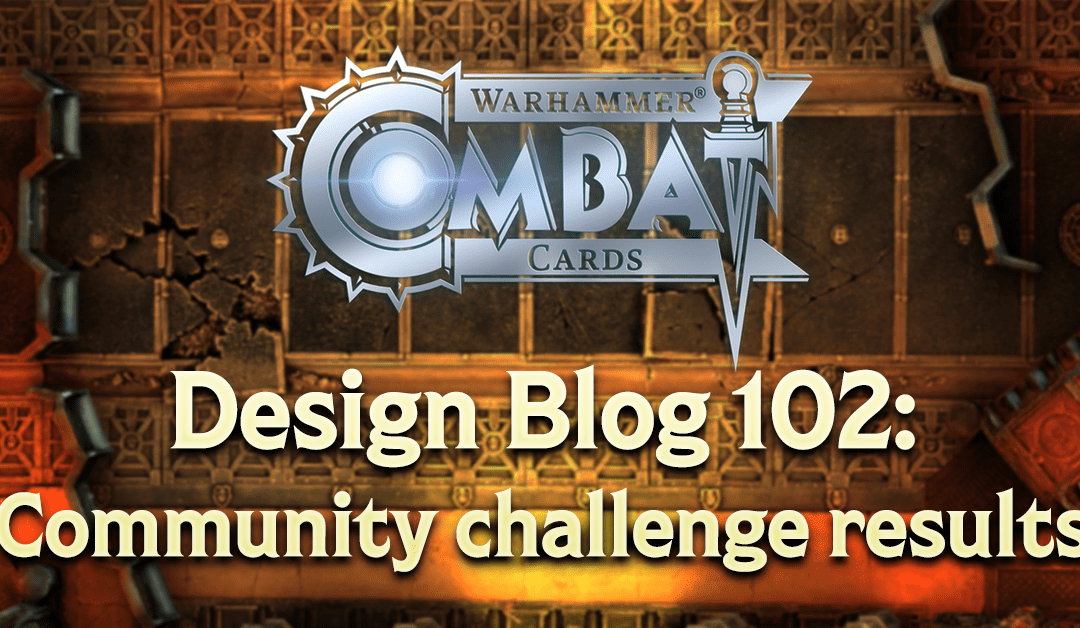 A couple of weeks ago we celebrated reaching blog post 100 by running a challenge for the community to find the Warhammer 40,000 reference we used to name 15 of our cards. We then extended the challenge by adding another 5 cards because you guys absolutely smashed the first set of answers.

Let’s take a look at the references behind those names:

Fenrik Red-Eye
One of the trickiest references to find, this is a briefly mentioned name from Fantasy Flight’s old Deathwatch RPG. A lot of people suggested the name came from the Space Wolves novels but with a tiny hint the name was eventually tracked down to the correct book.

Heartrender – Bloodletter of Khorne
This name comes from the Bloodletter featured in the original ‘80’s Combat Cards. 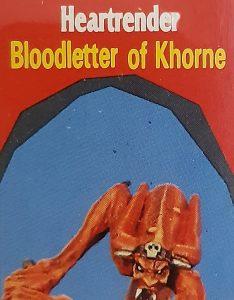 Sylandri Veilwalker – Harlequin Shadowseer
An easy one this, as there are lots of references to this character in the Gathering Storm books Fall of Cadia / Rise of the Primarch.

Zaphyrblade – Craftworld Saim-Hann Autarch
Whereas this was a tricky one as even though it’s an Aeldari character the name comes from page 20 of the old Space Wolves sourcebook, Champions of Fenris.

Skumbo
This is a common name, with some references calling all lowly Orks ‘Scumbo’. We were happy with any of those references, but specifically got ours from page 80 of White Dwarf issue 201.

Dejedris Garamach – Vindicare Assassin
This card’s name is taken from the old Dataslate – Officio Assassinorum, appearing in the tales of notable operations: 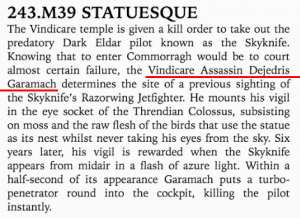 Traldak – Genestealer Cults Acolyte Hybrid
One of the most difficult references to find, Traldak is a Genestealer Acolyte mentioned in White Dwarf 115 around 30 years ago (you can also see one of our other Genestealer characters mentioned in the same piece of text). Apologies for these ancient references, but I didn’t want every name to be findable with just a quick Google search.

Brother Mhorkar
An ancient reference from back in the days when White Dwarf magazine routinely named the miniatures that appeared in it.

Prisoner #01159004151 – Penitent Engine
This one is a joke which I’m stupidly proud of and refuse to apologise for. It came from the thought that the Ecclisiarchy probably don’t keep prisoner’s names, they just become a faceless number. And rather than simply make up a number, we used the phone number for Games Workshop’s UK HQ, Warhammer World.

Rukfang
There have been several Orks with this name over the years and all of those references were fine. The most recent is from page 21 of the Vigilus Defiant sourcebook.

Commissar Chellik – Officio Prefectus Commissar
There have been several references to a Commissar with this name through the years and any of them would have been accepted. The earliest reference goes all the way back to 1989, as seen by this White Dwarf excerpt:

Brother Gabriel ‘Broken Knife’ – Dark Angels Deathwing Terminator
If you read blog post 100 this one was quite easy because the post pointed out we were only looking for where the name Broken Knife is from (not the Gabriel bit). A quick Google shows that Broken Knife is one of the Terminators from the 1990 short story collection ‘Deathwing’.

Meh’Lindi – Callidus Assassin
From the same time period, Meh’Lindi (as in ‘me, Lindi’) is from Ian Watson’s novel, Inquisitor. 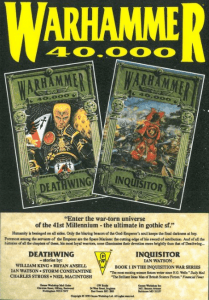 Brother Gjorn
A nice easy one as he’s mentioned on page 25 of the Deathwatch Codex. 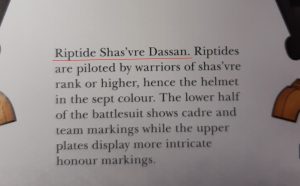 Morr – Drukhari Incubi
Another easy one – Morr is the disgraced Incubi from the Andy Chambers Drukhari novels, such as Path of the Renegade and Path of the Incubus. 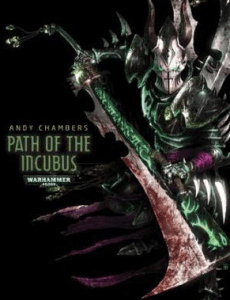 Ed Zappa – Goff Clan Weirdboy
Even though his name looks like it should say ‘Ead Zappa’ this is a character referenced in White Dwarf 208 from 1997 on page 101.

Bzzark the Fly-borne – Daemon Prince of Nurgle
This character is named in Codex Chaos Daemons on page 21.

Kalistri the Huntress – Ynnari Howling Banshee Exarch
Another ‘trick’ reference, because this character’s name was created using entries 53 and 32 from the Asuryani name generator on page 37 of the Phoenix Rising book. Sneaky!

Not only did the community find all 20 references they did so extremely quickly, so I’m pleased to confirm that a Community Challenge card pack will be available in the game’s store for a week, starting today, Friday 20th December. Just visit the game’s store and you’ll be able to ‘buy’ the challenge pack for free, adding the cards to your collection (and as with any other card, once you have them the game may award you more copies from any future packs you open).

To be honest I had no idea if the community would engage with this challenge, because even with the lure of free cards sometimes this sort of ‘players have to do the work’ activity can fall flat.

It was great to see the theories and answers rolling in, and to watch loremasters on community channels such as the Combat Cards Discord server dig through old lore and come up with answers. Congratulations to the community in finding the answers and our thanks for taking part. Now I just need to find some even more difficult references for the next time!