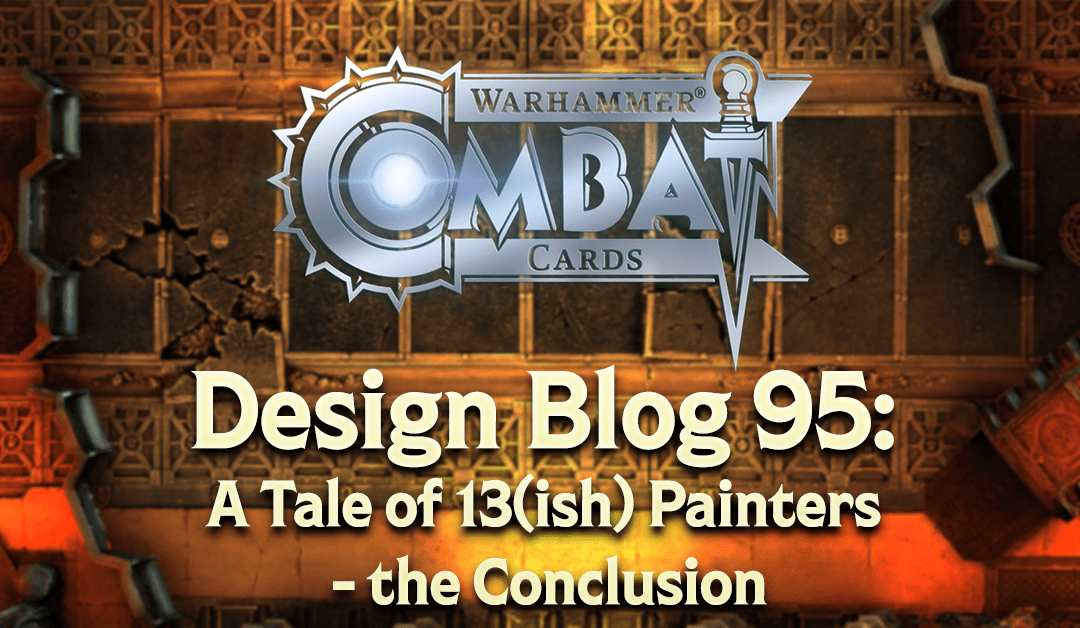 A few months back Well Played Games ran their own version of the classic White Dwarf series ‘A Tale of X Painters’, with each of us trying to paint 50 Power / 1000 points in stages. The plan was always to end the series with everyone heading to Games Workshop’s HQ Warhammer World in Nottingham for a day of battling with our new miniatures, and so last week we all piled into a minibus and set off.

For several of the team this was their first visit to Warhammer World, so the day included the museum (and no, no-one found the hidden Vindicare Assassin), looking at other people’s armies and of course Bugman’s bar. But most of the day was taken up with our new armies battling, with less experienced players being helped by veterans. Here are some highlights: 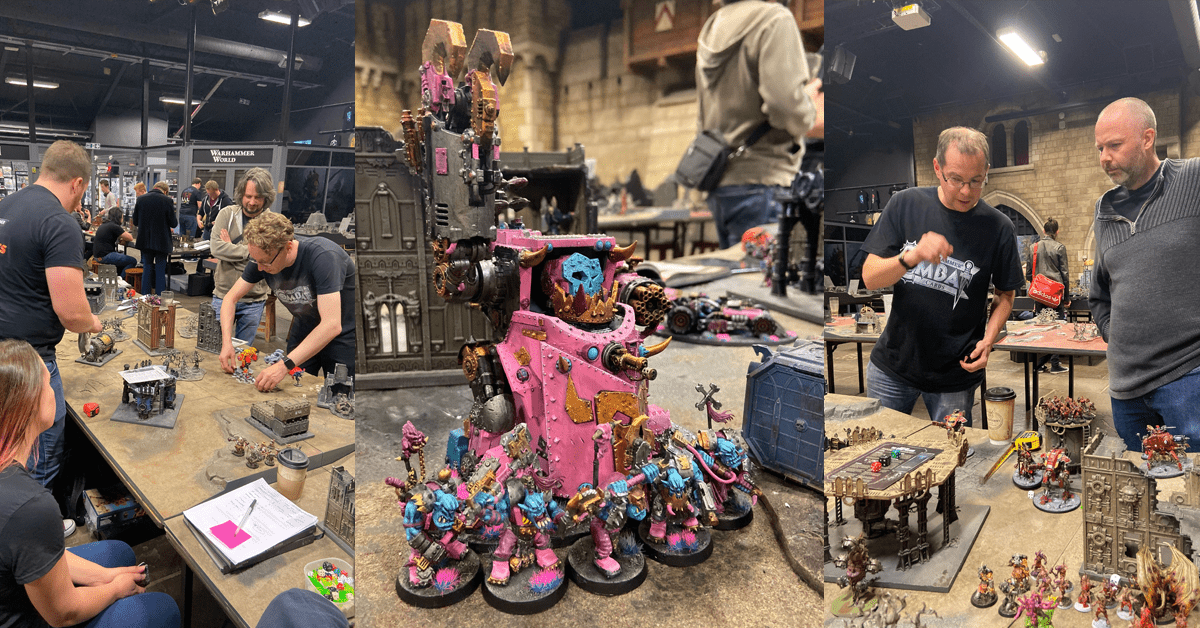 Stu and Julia used their combined Death Guard and Iron Warriors to battle Tim’s Astra Militarum and Dave’s Adeptus Mechanicus (you might notice that Tim’s miniatures look suspiciously like Necromunda gangers as that’s what he painted in the series. We simply made each gang a unit and he proceeded to unleash enormous numbers of lasgun shots on any heretics that came into range).

The sheer number of bodies on the Imperial’s side allowed them to hold many objectives and so (delete as appropriate) the corpse-emperor’s misguided lapdogs got lucky / the brave Imperials heroically carried the day.

Over on the second table, Leanne’s Orks and Jordan’s Night Lords clashed with Rich’s Adeptus Custodes and Emyr’s Space Wolves. This was a hard-fought match, with the battle going for most of the day until Rich and Emyr won it with a last turn charge to outnumber Jordan’s lord, who was holding a critical objective.

With the Night Lords and Orks cowardly hiding in towers, the Imperials had to close the distance. The Chaos and Ork side also had 2.5 times the numbers, but the Adeptus Custodes’ power helped, with an Achillus Dreadnought killing a Gorkanaut in assault.

Anyone who read the painting series may remember that AdamC threw down a challenge that his newly painted T’au could beat Deke’s Necrons, with a Tarte au Citron from a local cake shop at stake. This epic battle for the ages took place on the third table and… the Necrons utterly massacred the T’au.

With Deke giving the inexperienced Adam some tactical advice a double-or-nothing rematch was called, now with two tarts on the line! Would Adam overcome his lack of practice with his new army to stage a dramatic turnaround? Yeah, no, total massacre and he now owes Deke two lemony tarts. There’s a lesson here somewhere but I’ve no idea what it is.

In final news, we enjoyed this series so much it will be returning to it soon, with several of us either expanding our armies or beginning new ones over five months (plus a month off).

Leave a comment below if you’d like to join in from home, and you never know, your army could be featured alongside ours in future ‘A Tale of’ posts.