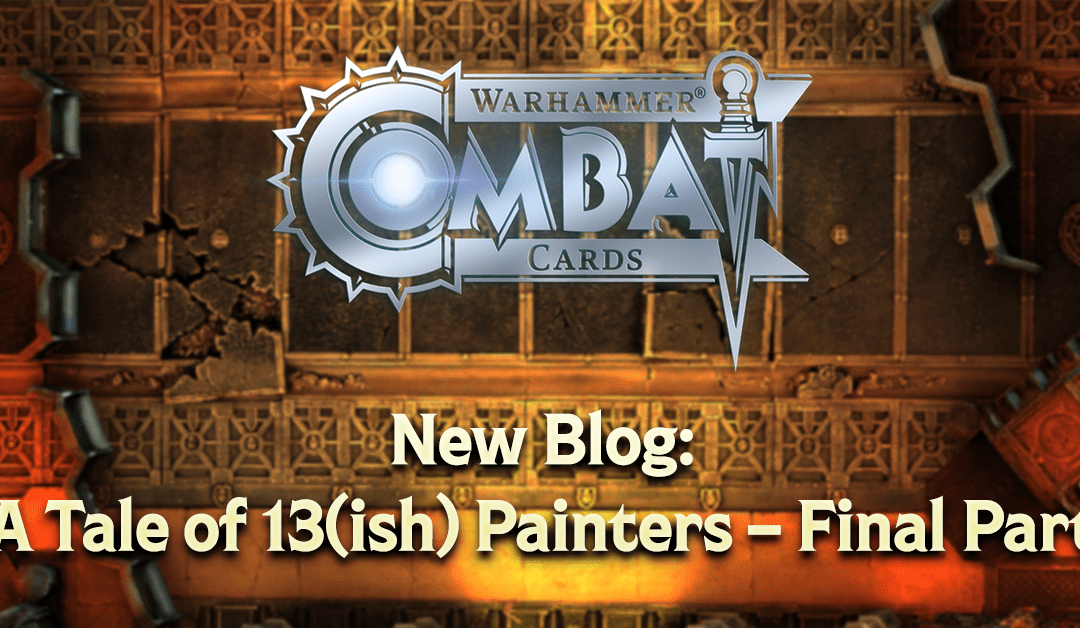 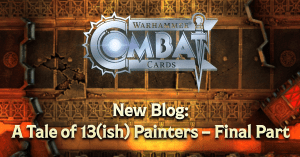 Over the past 6 months we’ve been running our own version of White Dwarf’s classic ‘A Tale of X Painters’ challenge at Well Played Games. 13 brave volunteers stepped forward and vowed to paint 10 Power / 100 Points of Warhammer 40,000 miniatures a month, culminating in everyone getting together at Warhammer World for a day of gaming with our new armies.

Looking back, I think it’s fair to say that while some of us have enjoyed painting to a deadline, others have… struggled, and I’ve found it interesting that people who are already ‘into’ 40K or miniature painting have found it much easier than those who are new to the hobby. For a series designed to help new painters gradually build up an army it’s been somewhat eye-opening to see how many people have really struggled with this.

Still, it’s been cool to watch some new armies taking shape, and there have been some classic ‘two thin coats of shame’ pictures and a lot of cakes. So, let’s take a look at the final month’s contributions:

FAILED – Adam’s spent a lot of time preparing for and then going to the games industry show, Gamescom, and seems to think all this businessbusinessbusiness is some kind of excuse for failing to paint his miniatures. Still, his Ork force is looking in pretty good shape for the upcoming battle so we’ll let him off. 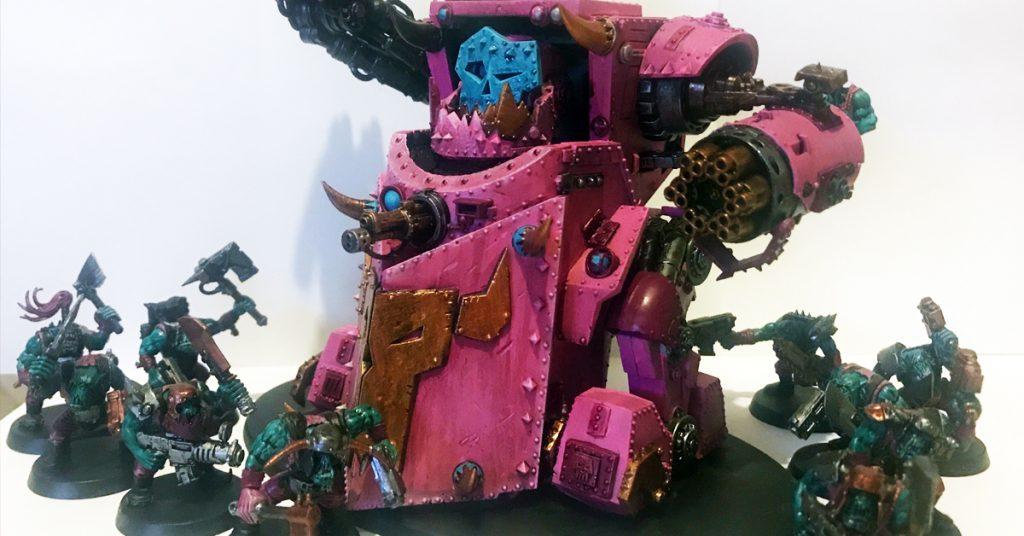 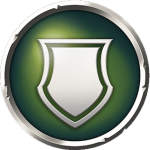 MULLIGAN – Rich has already painted enough miniatures that he’s ready for our final battle, so took this month as his Mulligan. 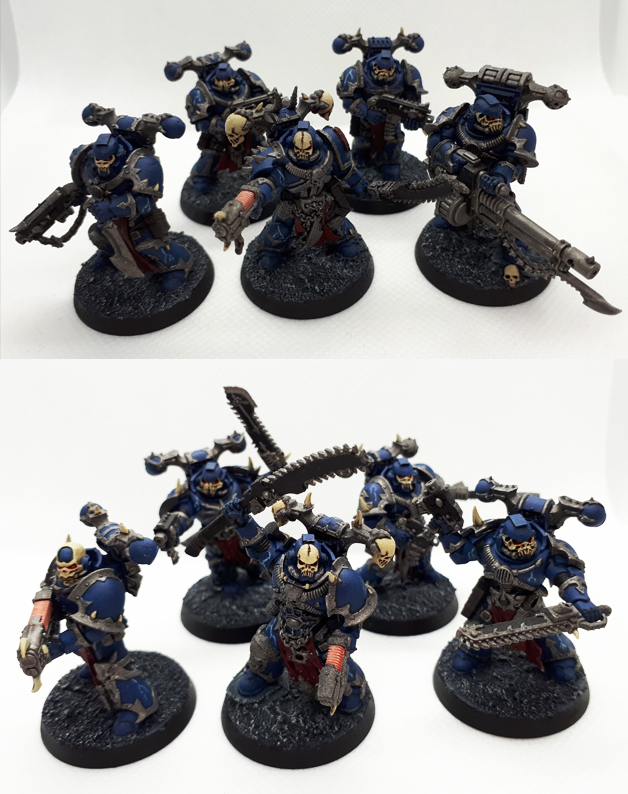 This month was the dreaded time I had to paint at least one miniature every three days. As you can see I managed it with at least some of my sanity still intact. I customised my Shadowspear Chaos Marines a little with some Forgeworld heads, and gave my aspiring champions chainglaives to really make them stand out. I seem to have a theme in this army that the more skulls you have painted on you, the higher your rank.

Overall I’ve enjoyed the challenge, but if we ever do it again then Contrast Paints are going to be my best friends!

MULLIGAN – Emyr has been hard at work on implementing the new Missions feature this month so has a pretty good excuse for not getting his painting done. As he’s also painted enough miniatures over the rest of the challenge he had his Mulligan ready to use on the final month. 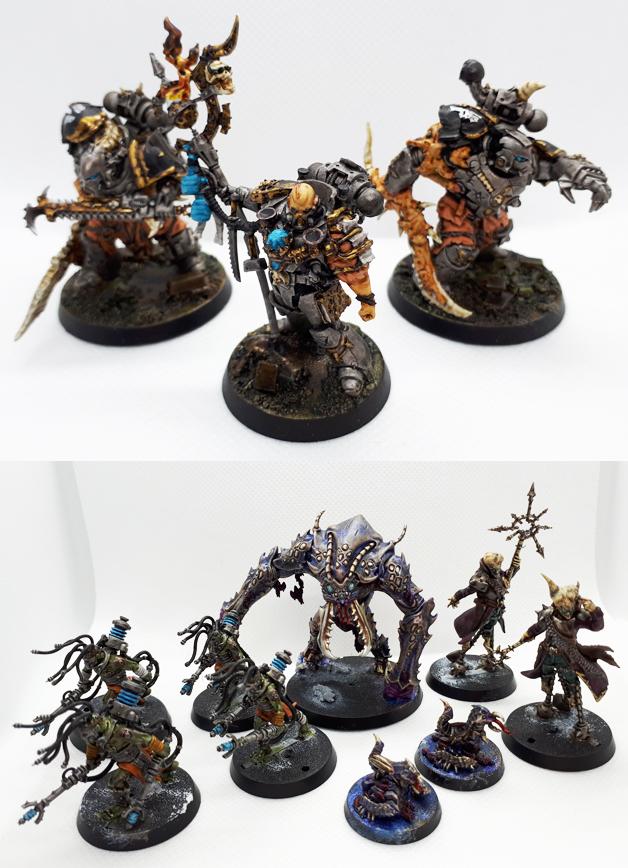 I’ve painted a Master of Possession and pair of Greater Possessed this month, all using Forgeworld miniatures because I’ve been looking for an excuse to get these brilliant Horus Heresy models into Warhammer 40,000.

I’ve also painted a load more of the Blackstone Fortress miniatures, and am almost ready to base them all. However, I’ve just seen the cool, new heroes and Chaos badguys, so I guess I’m getting those then! 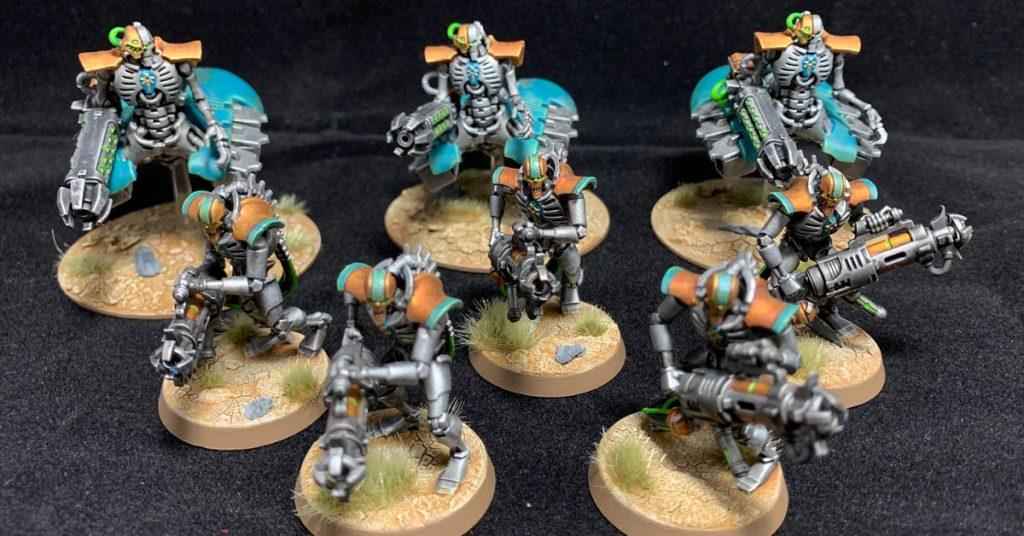 Phew! Talk about leaving it to the last minute, but with the game coming out recently it’s been a pretty busy time for me to say the least! I was originally going to paint some Canoptek Wraiths but instead decided I’d round out my Destroyers giving me 12(!) of them to play with. Looking forward to getting them on the table. Apparently I’ve got some T’au to kill… 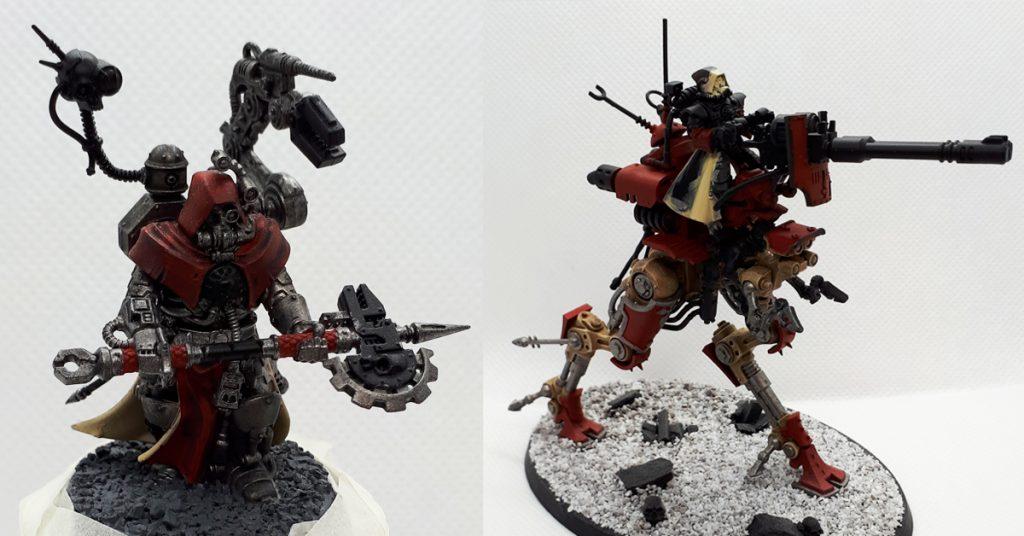 This month I barely passed the minimum standard of 3 colours and a base due to other life and work commitments. Will need to get these finished over the next 2 weeks, but this F+ doesn’t feel good. 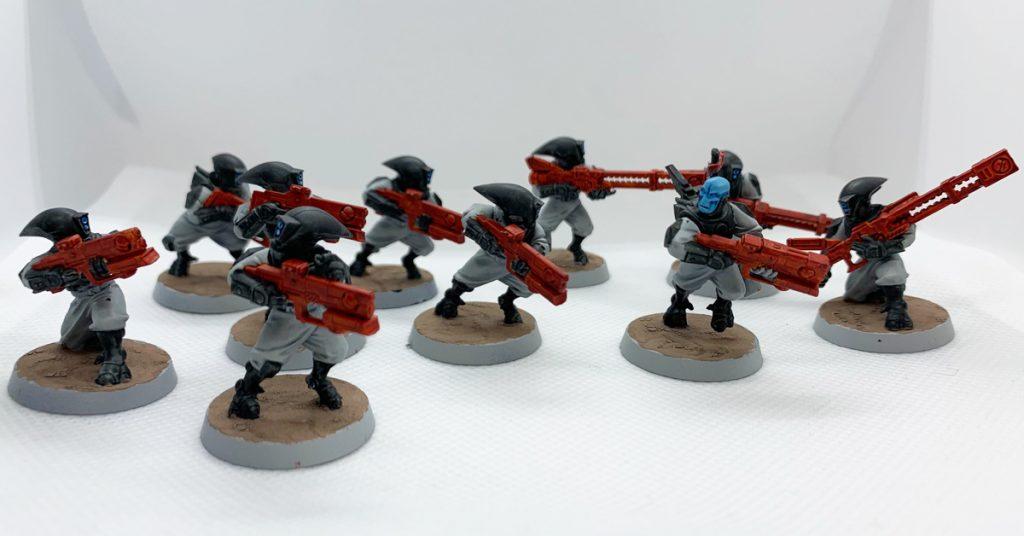 I’ve added a Pathfinder team to my T’au army. Also have a Recon Drone, Pulse Accelerator Drone and Marker Drone to give me more ranged firepower as I don’t want these little snowflakes getting too close to anything that can punch, and hopefully improve my chances of shooting anything before it gets too close. 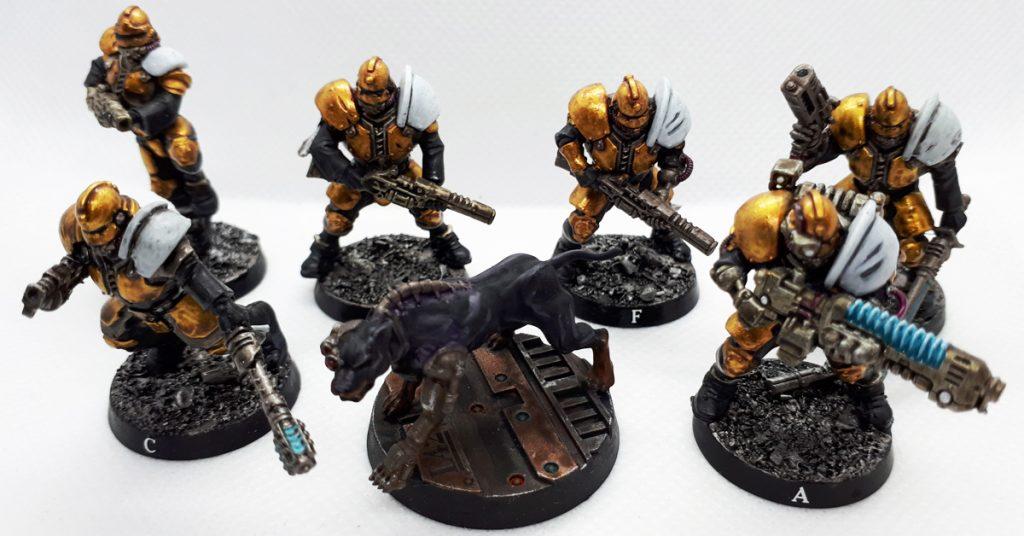 With the main Necromunda gangs done, I’ve moved onto supporting characters. I’ve got a bunch of hired guns in progress, but Stu gave me some half-done Enforcers – converted from Bloodbowl players – so I finished them up this month…along with their duly deputised cyber-mastiff.

That may be the end of the main challenge, but we still have our battles at Warhammer World to come, so look for a blog post on that later. Some of us have also talked about running another painting challenge in January, but may run that one in ‘hardcore mode’, where if you fail a month, you’re out. If anyone has run or taken part in one of these monthly painting challenges do share whether you think knocking people out of the event is a good or bad idea. You can get in touch by leaving a comment below, through our Facebook page or by mailing [email protected]