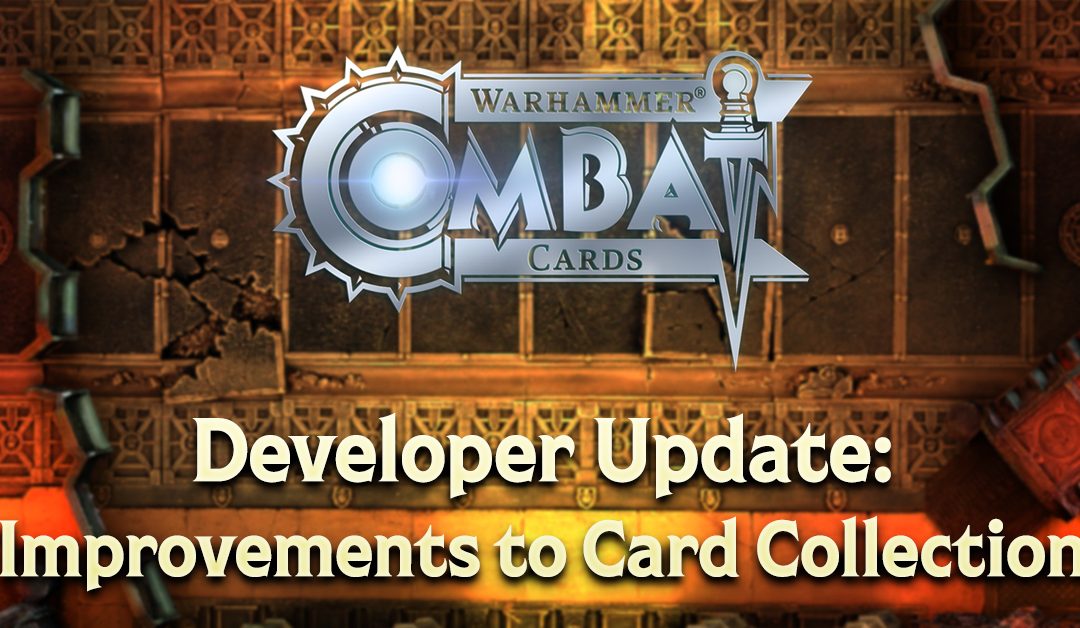 We’ve got two new additions coming to the game next Monday with the change of the seasons. The first is an improvement to Ranked rewards and the second is the return of the much anticipated Card Shop. I’ve got Tom from the LiveOps team to answer a few questions around these new additions, being the mastermind behind these two elements coming into the game. To start with, we discussed the new Guaranteed Rarity Drops for Ranked:

I think the first thing we want to know is what is Guaranteed Rarity Drops, and is it as straightforward as it sounds?

Simply put, yes. It’s a mechanic we’ve now added to guarantee that the end of season rewards for Ranked Mode give out more valuable rewards – although there’s more to it than just that.

Fair enough, so with that in mind what form is it going to take?

On a per arena basis we have added guaranteed Epic and Legendary drops, rather than just increasing the chances. At the moment you can view the rewards achieving each arena will give you and these will now be added, and visible, in these stages.

That sounds great, why are we looking to do this now?

It is something we’ve been aware of needing attention and wanted to change for a while, by which I mean the highly random nature of the rewards that are given out currently. While the randomness of the rewards are a key part of the game, and almost every collectible card game, it can often be disproportionately harsh when someone has no legendaries at the end of a full month’s season. The feeling was that this was unfair, and also detrimental to the sense of achievement we want to foster for competing in Ranked.

Is there an exact breakdown of what is being added and where? 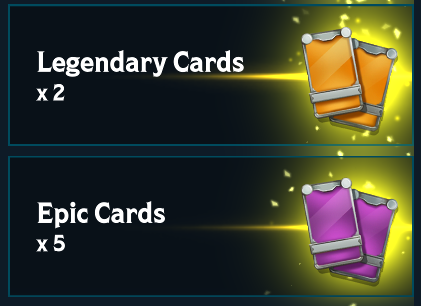 As you can see, we’ve distributed them in a way that isn’t just locked to the top players, so everyone is rewarded, while ensuring that the top players still get suitable rewards too. The key element is that at least one Legendary card would be available, and guaranteed, for any player aiming for one. The way I see it, this is definitely a quality of life improvement for all players.

Ok, I think that about rounds up the key details. Are there any final comments you’d like to share?

Only that this is something we will be keeping an eye on and listening to feedback about. Also worth adding this is probably not the last time we will be revisiting Ranked mode. We see it as a key part of the game and want to make sure it is kept as interesting and rewarding as possible!

With that covered I’m happy to move on to talk about the Card Shop, as this is something I’m personally really looking forward to and know from Community feedback is probably one of the most requested return features. I think it’s been called out in every livestream we’ve done so far, and at least monthly in the ingame forum.

For those of you that don’t know, the Card Shop did appear in a brief earlier experiment. It was a selection of 6 cards that were able to be bought as single copies for coins, and was embedded in the shop. This proved very popular and Tom can tell us more about what we can expect and what’s improved.

I think the first question people who remember “version 0.1” of the Card Shop will want to ask is has it changed and if so how?

It has definitely changed, although the premise is still the same. We still had to offer a selection of cards to players that refreshes on a short term basis and can be purchased with coins. In that sense it’s the same. The key difference is that not every player will be seeing the same cards. Because of the size of the current card pool (and growing) we want to ensure that the cards offered are relevant to players. We won’t be eliminating cards from appearing per se but more ensuring that the cards offered are desirable and specific to each individual.

So why is the Card Shop so important to you as a feature?

I think this is integral to the future of the game. Previously it’s been very hard for players to tailor their collection, to really focus on their favourite factions and decks, and that is something 40k is all about, as well as just being more satisfying for the player. We think that the card shop allows players, particularly free players, the opportunity to be more selective about what they spend their currency on and really tailor the decks they want to be playing.

With all this being bespoke to each player, how are we determining which cards they will and won’t be able to see?

There are a few different elements, with different rules. Not all slots will be aiming at your existing collection; some slots will even show your less used cards. For the ‘custom’ cards we look at a lot of elements: Ranked scores, the current campaign and amount of card copies held being some examples. Essentially, we are looking to offer players the most useful cards at any time. We also want to keep this a very open process, supported by a lot of background analysis, so we can make changes based on what the players are saying, about what is and isn’t working for them, and any improvements they would like to see.

I guess the next bit to ask on the ‘technical’ side is how often can players expect the card shop to refresh?

At the moment it’ll be refreshing once every 24hr hours. More specifically at 13:00BST each day. This also isn’t set in stone, but for the initial roll out it will be daily changes. This does mean you’ll be shown a lot of cards, and we’re not expecting players to buy them all but rather ensure players get the option to be as selective as possible without having to wait weeks or months for desired cards.

I can imagine some of the top players will be interested to know if cards that have been maxed out will feature in the card shop?

It shouldn’t offer maxed cards. There may be cases where it has no other option but to display one, however it will not be purchasable. This is to make sure that a player is never able to to spend currency on a card they aren’t able to use.

Also worth asking, is there any kind of set rarity distribution around the cards being offered?

For this first iteration we’re not doing anything specific with rarities, we’re letting the card shop do that by itself. Effectively cards shown are on the same rarity ‘drop chance’ as a standard pack, so there are no slots that have a fixed rarity which means most cards offered will be commons or rares, with epic and legendary cards being fairly uncommon. It’s something again that we’re going to be a close eye on but we’re happy with that model for initial release.

Perfect, I think that covers everything I can think of. Any final thoughts that you want to share?

This is the first iteration of the Card Shop, and we’re positioning it at the very bottom of the shop for now, so that it’s as unobtrusive as possible. Once we see how it’s doing and we get a little feedback, we’ll move the Card Shop up, so that it’s positioned a little closer to the top and is much easier to get to on a daily basis.

The only other thing I’d say is that I’m really excited to be seeing this come out fully. It’s been a long time coming. It’s a feature close to my heart, following on from my work on Clan Dedications. I think this level of control for the player is a key element of the game, and one I would like to push further. It also benefits players at all levels of the game which is always the ideal scenario.

Here’s a quick sneak peak of what the shop will look like:

Overall I think this is a really exciting update and, as Tom has said, will give players more control over how to shape their collections, and also make sure rewards given out in ranked are more rewarding! That’s it for now but stay tuned for this season’s balance changes, which will be arriving tomorrow.