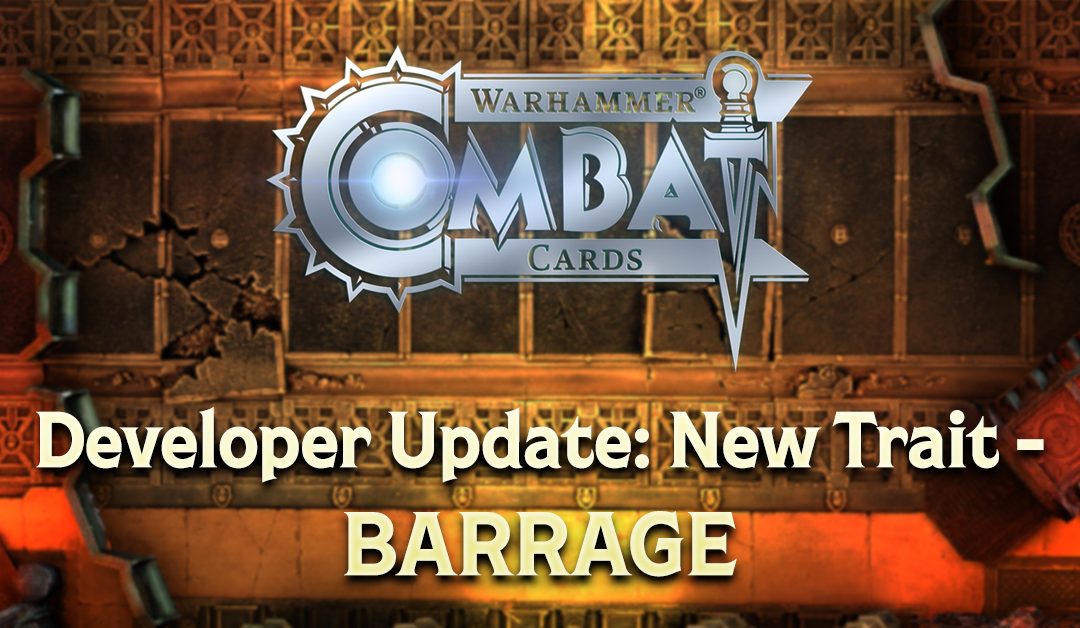 The 18th trait to be added to the game, ready for the next ranked season, is one that has been requested and discussed a fair bit amongst the community: Barrage. The rule itself reads as follows:

“Whenever this card makes a Ranged attack it deals 10/20/30% of that damage to cards adjacent to the target.”

So we have our first ‘area of effect’ trait, and also our first that applies to adjacent cards rather than target cards or all cards, making positioning of these cards important to get the maximum benefit.

A few other key things to mention is that:

With these interactions it should prove a more complex and tactical addition than it may appear on the surface and should add some good new builds and combos into the game.

So the information you all really want, who’s getting it?

Get ready to blow the opposition to smithereens!