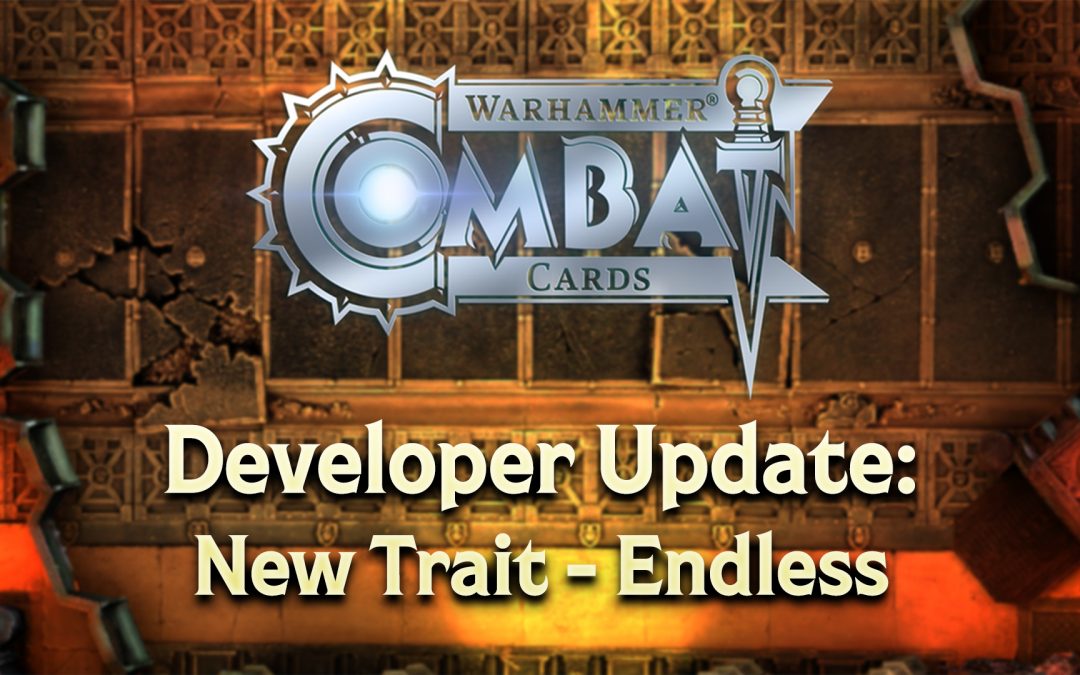 As mentioned in the balance change notes for the end of this season, going live today, along with Berserk, is a second new trait: Endless. This trait encaptures a number of abilities and themes in the Warhammer tabletop. The most common theme are large units, or abundant troop choices, that are so numerous that it takes a concerted effort to remove them from the field. Further to this it also includes all the weird and wonderful rules, such as coming back to life, possessing other people or splitting into other forms. So, how does it work?

The rule reads as follows:  “The first time this card is destroyed, redeploy a copy of that card with 30/60/90% health in its place.”

So in practice what does this mean? When an endless card is destroyed a copy of it, with a percentage of health based on the trait level, will appear in the same lane. There will not be a redeploy opportunity so it will always occupy the same lane it was in when it was destroyed. As a token card it will not contribute additional skulls towards a kill pack, much like the existing Termagant token for the Tervigon Warlord. This can be used to make better use of lane blocking with smaller cards and can also be a way to bring additional deck filler for minimal cost.

As always the key question, who’s getting it? Here is the full list: