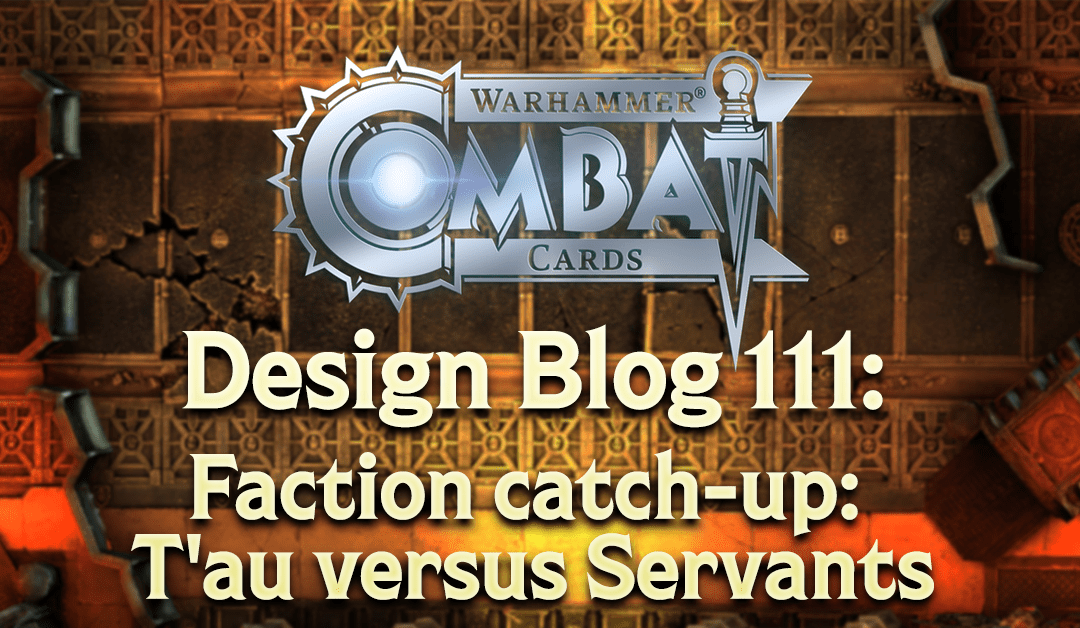 To wrap up this series looking at each of the factions I thought I’d cover both the most and least popular factions at once to see if the numbers give an indication of why they are / aren’t liked. So without further ado let’s check out how the T’au and Servants of the Emperor factions stack up.

Strictly speaking, the T’au faction are our second most popular faction, but the Space Marines skew the results both by being our largest faction and the one that all new players have to use. Even with that the T’au are chosen by players 20% of the time, compared to Servants of the Emperor who are selected for just 8% of battles.

Surprising no-one, their respective popularities are reflected in the win-rates of both factions, with T’au victorious in 74% of their battles but Servants only winning 34% of theirs. We recently ran a round of balancing points and Warlords but these numbers show that there’s more to do here. As I’ve mentioned before we won’t use balancing to only hamper top factions or only boost underperforming ones, but as we plan to only change some cards each time we run a balance pass we will use their relative success rates to choose which cards to focus on.

T’au are in equal first place (with the Aeldari) as the most aggressive faction, attacking 82% of the time. This reflects their Warlords not having any specific bonuses when Readying and that they have no Psykers (so don’t have cards Readying while the Psykers make their attacks, and vice-versa). The Servants are also pretty aggressive, attacking 78% of the time, which makes sense as they want their own cards to be destroyed to trigger their Warlord special rules.

When the T’au do attack 73% of their damage is dealt by ranged and 27% with melee. Despite the heavy skew towards ranged damage, T’au decks choose to make melee attacks 47% of the time, versus making ranged attacks 45% of the time. That’s an odd statistic but perhaps is skewed by using melee attack choices to Ready their ranged attack for a devastating blow?

On the other hand, 52% of the Servants’ damage is dealt by melee attacks, possibly reflecting Canoness Veridyan’s special rule favouring melee cards. As one of the psychic factions, Servants chose that option 20% of the time and cause 10% of their damage that way.

At the time the data was gathered the T’au had 24 cards, with none of Legendary rarity, compared to Servants with 29 cards (and just one Legendary).

Both these factions are skewed towards low cost cards. T’au have the lowest average card cost of all the factions at 18.3 points, with 75% of their cards costing less than 20 points. Servants are the second lowest points on average, at 20.4 points. Servants have a good spread of point costs in their cards, though no cards over 55 points, so we definitely need to add heavy support cards to the Servants faction to give them more tactical flexibility. Look for some Astra Militarum vehicles to roll out over the next few months!

As has been mentioned, the data this series is using has become steadily more out of date over time, though not wildly enough to render the whole thing pointless. However, I do agree that future faction catch-ups need to happen in a single ‘block’, rather than being spread over many weeks like this iteration.

Instead of trying to cram all eight factions into a single blog post, next time I think I’ll try including two factions per post and running them back-to-back. That will get through the lot in a month, which should be a good balance of up to date data and enough space to give each some context.

As ever your feedback is useful so let me know if you’d prefer just the data or more analysis, and if there are other stats you like to see these catch-ups include.