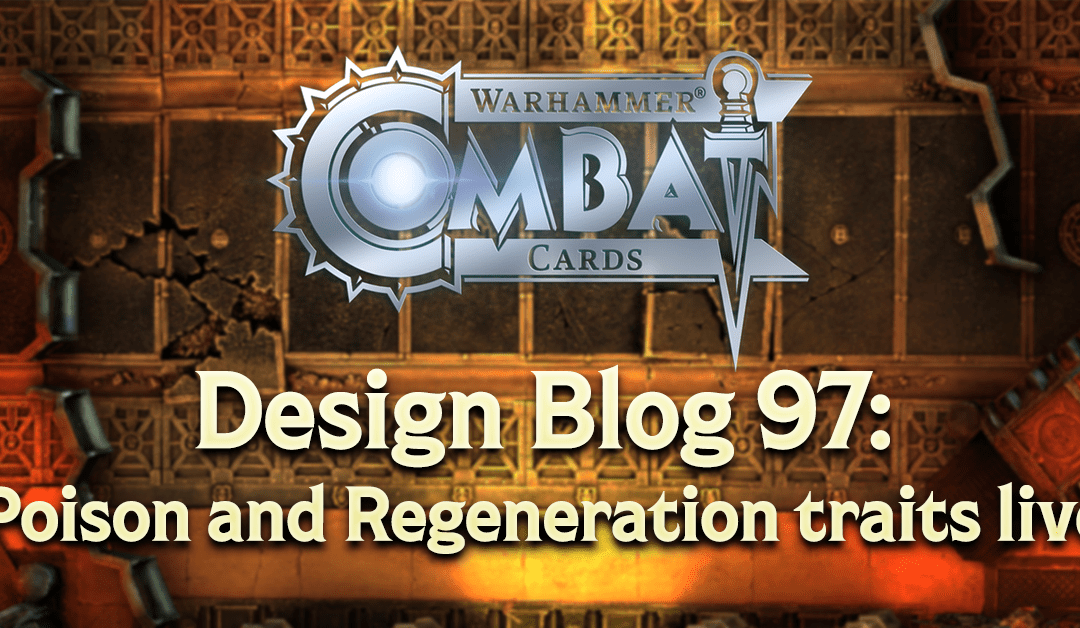 A couple of weeks ago I talked about the new traits that we’re adding to the game and why we’re adding them. I’m pleased to announce that the first two of these traits will be rolled out on Monday / Tuesday next week, so their introduction doesn’t disrupt a weekly Campaign that’s underway.

We’re going to begin with the Poison and Regeneration traits as those two go nicely as a pair, and will add Scout and Fear afterwards.

I just wanted to make another note on the disruption that these new traits are going to cause to the game, specifically to deck building strategies. Cards that previously had a trait may now have a new one, meaning players will need to use a different card (if they still want the same trait in their deck) or will have to try a different plan altogether.

Although potentially scary or frustrating in the short-term, this sort of disruption is important to live games like Combat Cards because it prevents the metagame from stagnating.

We’ll continue to add new traits over time in order to keep shaking up which cards and decks are considered to be weak or strong, and also to gradually present new tactics for players to try out (and then react to other players using).

And this goal of keeping the game fresh is why we’re not going to add all 14 new traits we have planned out at once. By adding a few at a time over the next year we hope to maintain a good balance of new and exciting changes without overwhelming players with too many options at once.

With that in mind, here’s a list of all the cards which have swapped to the new Poison trait. As before, each of these cards gains their trait when upgraded enough (with Legendary cards starting with their trait) and further upgrading that trait twice more as they continue to be upgraded.

Also – though hopefully this should be obvious – any card that currently has a trait unlocked will automatically have their new trait unlocked!

And these are the cards swapping over to the Regeneration trait:

I mentioned future traits above, and those are the reason that cards which you might expect to swap to Poison / Regeneration haven’t done so. We only want to swap each card to a new trait once, which means some cards have remained with one of the first six traits because we intend to swap them to a more lore appropriate trait once we add it in the future.

In the meantime we look forward to seeing all the new decks that are created around these traits and the discussions about which cards just became better or worse.