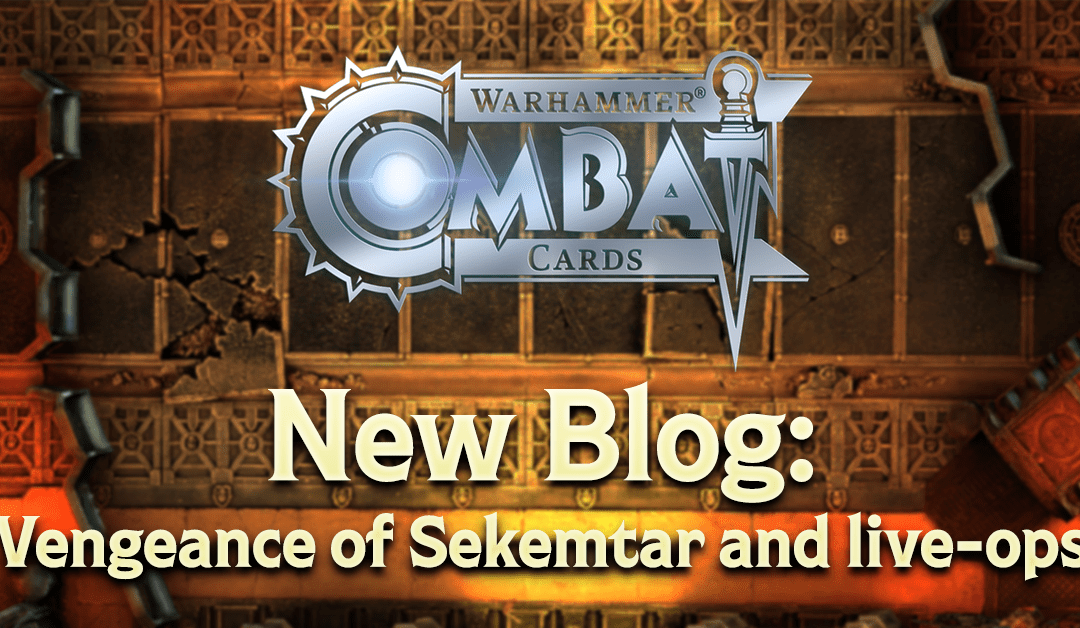 I’ve talked about how we select cards to be Warlords and bodyguards before, but this week I wanted to focus on our Necron faction as an example of Combat Cards’ ‘live-operations’.

Live-ops is what we call the servicing and updating of a ‘living’ game, where we continuously add new content and make improvements, as opposed to a boxed, ‘finished’ game. For Combat Cards, live-ops currently revolve around working on the seasonal leaderboards and clans, adding new cards and weekly events, and trying to fix the issues around battles failing to start correctly. So as a relatively small team we’re pretty busy!

But let’s focus on the Necrons. Alongside the Tyranids, T’au and Aeldari, they’re one of our smaller factions, which is something we’re trying to address with our weekly Missions. You may have noticed that these are swapping between giving prizes from Games Workshop’s current Warhammer 40,000 releases (such as Space Marines) and adding new cards to the smaller factions.

When we add cards like this we look at what each faction needs in:

Once a gap in the faction has been identified we work with GW to choose a miniature that fulfils that need, while also trying to add variety (such as different Dynasties with Necrons) and avoiding repetition (not too many cards with different miniatures but basically identical stats).

So with the Necrons we recently ran a Mission that gave them a cheap, a medium and a high-cost card, but we also made two other changes which demonstrate how live-ops work in practice.

First, we noticed that we have another Necron Mission coming along which will add a second Lychguard to the faction. The new Lychguard is armed with a hyperphase sword and dispersion shield, logically making him / her / it much tougher than the current warscythe armed Lychguard. But the current Lychguard’s stats are already very ‘tanky’, so it will be difficult to make the new one even tougher. Therefore we took the decision to swap the stats of the current and new Lychguard, making the current, warscythe armed one more aggressive but less tough.

This is good live-ops in action – we identified an issue and live updated the game to deal with it. Unfortunately we also demonstrated bad live-ops by updating the warscythe armed Lychguard’s stats while a weekly Necron Mission was still going on, catching players out. We should have waited until the Mission had ended, so our apologies for that.

The second Necron live-ops change was to add a brand-new Destroyer Lord to the game because we noticed that Necrons didn’t have enough Epic rarity cards. In a recurring theme, that’s both good and bad live-ops (good = adding a card that’s needed, bad = the card’s name is wrong and can’t currently be changed until the next game update goes out).

As mentioned earlier we plan to continue with this live-ops cadence for a while, with each month’s Missions swapping between that month’s theme (usually, but not always, tied in with GW’s latest releases) and with factions that need reinforcements.

Our other live-ops activities include trying to fix the most pressing issues, making improvements to features like building decks, and balancing points and special rules. More on each of those areas in blog posts soon.