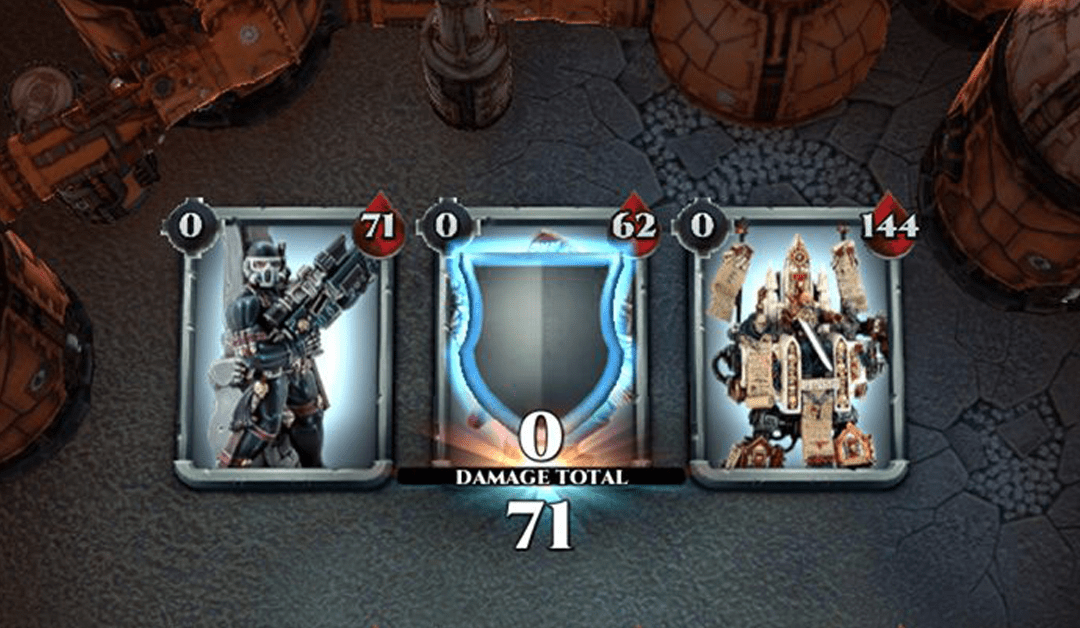 Every now and again I like to discuss an area of ‘high level design’ – that is something which I, as a game designer, think is interesting and worth talking about, even if it won’t help you win battles.

So this week I thought we’d look at where chance, luck and risk fit into Combat Cards, including why we don’t have any dice rolling in the game, and how – even if you don’t realise it – you’re using probabilities and risk assessment during battles.

Even though we tend to use the words interchangeably, there are big differences between chance, luck, randomness and risk (as in they’re not just different words to describe the same thing). I could fill an entire blog post just about this area, so if you want to know more check out Google. For this post I’m only going to talk about how the terms relate to Combat Cards.

Let’s start with the big question: Is there any luck in Combat Cards? After all, there are no dice rolls or randomly determined attack results, so presumably the answer is no.

Surprising no-one, the answer is yes, there’s plenty of luck in Combat Cards, and balancing that luck with player skill is precisely why we don’t have dice rolls or random results.

As an example, there’s luck in who you’re matched against. Leaving aside the game finding an opponent who’s way too easy or difficult for you to beat (which is an area we’re working on improving), you can go into a battle and find your opponent’s deck is perfectly suited to beating yours. You may have created a 100% ranged attack deck and meet an opponent who can out-shoot you (of course, maybe you shouldn’t have created such a tactically inflexible deck, but I’m only talking about the luck element here). 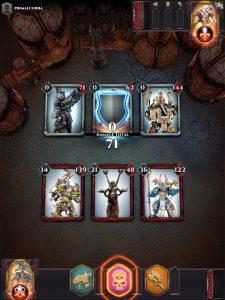 This sort of ‘focus on one attack choice’ strategy becomes riskier the more cards you have in your deck, as the chances of not being dealt the cards you need together increases.

But for the most part we try to steer Combat Cards away from pure luck and towards chance and risk.

The difference between luck and chance is that with chance you can try to judge the probabilities of something happening and make decisions using that. I.e. you can’t control the deck your opponent has made (so it’s luck), but you can affect how likely your deck is to deal you the exact card you need (therefore smaller decks have less chance involved).

Take chance another step further and you have risk, which is a combination of the chance of something happening and how bad the outcome is for you if it does.

Using this you can decide if you should take a high risk but high reward approach or play it safe. For example, if you’re planning a psychic domination strategy, it’s a risk to play a single psychic card to the battlefield if you aren’t dealt your other psychic cards at the same time. You have to weigh up the chance of another psychic card being dealt to you next so you can deploy them together, otherwise you end up with a mixed and ineffective set of cards on the battlefield.

Even if you don’t realise it, this sort of risk assessment is a big part of playing Combat Cards, and it’s an area you get more and more into the longer you play. Each turn you’re estimating which cards may be deployed next, whether it’s better to attack now or build up a bigger multiplier, which enemy cards to place yours in front of, etc. All of this is you managing chance and estimating risk.

Looking back, this post seems to jump between several areas, but as they’re all related it’s difficult to discuss one without bumping into another. I guess my point is – yes, there’s luck in Combat Cards, but we do our best to tone that down and bring in chance and risk instead. Turns out that even though there are only three attack choices to make, there’s a surprising amount to think about in our battles!

If you have any thoughts on this or any other topics you can contact us via [email protected] or through the Combat Cards Facebook page.