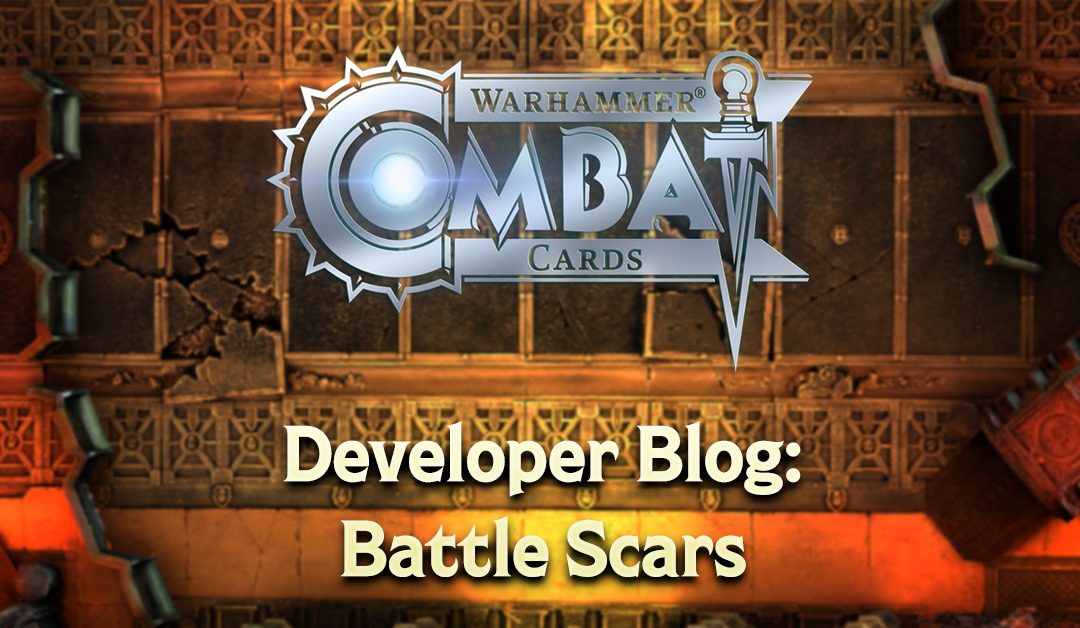 Crusades on a galactic scale reap a deadly toll among the soldiers of the 41st millennium. Injuries and incapacitations are extremely commonplace, but the meat grinder waits for no one…

‘Battle Scars’ is the latest modifier to be introduced in Campaigns in Combat Cards. A whole new way to approach a campaign. The modifier reads as follows:

“Your cards that are destroyed in battles are unable to be used in subsequent battles.”

It really is as straightforward as it reads. When one of your cards (warlords included) is defeated in battle, that card will gain a battle scar and be unavailable for any future battles in this campaign. Knowing that, how will your approach to deck building change, or will it?

Leverage your entire collection to create a sustainable strategy, or jump from synergy to synergy as your forces gradually deplete themselves. The choice is yours but remember – there will be consequences.

The whole Combat Cards team has been having a blast testing this, and we can’t wait for you to experience it. There was plenty of discussion on what format to use (and a lot of debate on strategy!), traditional Campaigns, or a larger-scale Exploration style event with boosted levels. It’s safe to say that we intend to run both, perhaps sooner than you may expect.

From all of us here at Well Played Games – Happy Holidays! We hope you have a great festive period and continue to play Combat Cards. There are plenty of giveaways and new cards coming over the holiday period, so be sure to log in if you don’t want to miss anything.

We are always grateful to have such an engaged and awesome community, a big thank you from us!