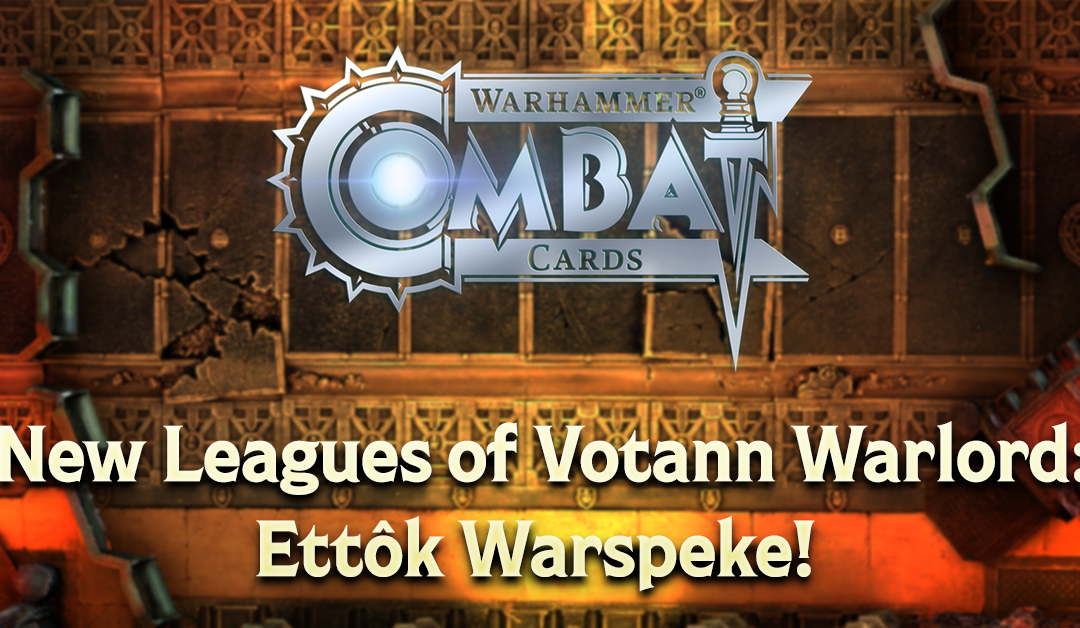 It has been some time since a new Warlord was added to the game, and we couldn’t be more thrilled that it is the second Votann Warlord that is making an appearance, with an awesome Special Rule!

Bringing the Leagues of Votann to Combat Cards has been an absolute pleasure for the team, and we want to thank all of our players who have enthusiastically engaged with them.

We landed on a Grimnyr; the psychically capable spiritual leaders of the Leagues. Wise beyond measure and able to commune with the Votann themselves, the Grimnyr are a class of their own in Votann society, and heavily involved in both peace and wartime leadership.

When coming up with the rule, we were heavily inspired by both the lore and tabletop rules in the Votann codex. Loads of ideas were drawn from the psychic powers, relics and warlord traits that we found there. Several felt extremely promising, but in the end we landed on something that we felt was the most unique, and offered the biggest diversion in gameplay from what players have already seen.

The rule reads as follows:

“Null Vortex: The first friendly card deployed each turn gains Null Vortex Charging. At the start of the turn, the enemy card opposite the charging card will lose its trait for 2 turns. This occurs before any trait triggers.”

That’s right, this is effectively a silence mechanic for traits. It temporarily removes any and every trait in the game, and counters two traits at the same time in the case of cards with secondary traits. This opens up massive opportunities for counterplay, and enables the player to reliably open up an enemy’s defence, and strike while the opportunity is right.

Players familiar with the tabletop will recognise we were very directly inspired by the Null Vortex psychic power, which removes enemy invulnerable saves. Initially we dreamed this up as a means of countering shields, but then expanded it more generally to include all traits. It will always be relevant, in every battle, regardless of yours or the opponent’s builds.

Pay careful attention to how the rule reads, as it can definitely be countered by a prepared player. The first card deployed will cause the silence, but that won’t actually trigger until the start of the turn, meaning the opponent can potentially react to the placement. The silence also only lasts for two turns, meaning that you can never silence more than two cards at once. When the silence wears off, the silenced card will then regain its trait.

In the case of on-deploy traits such as medicae and precision shot, these traits can also be silenced, but only if they have not already triggered. If they have triggered already, the card effectively has no trait, and Null Vortex will be wasted.

Ettôk Warspeke is available today in game, and you can put him straight into action in the Votann campaign.

If you’re interested in the lucky winners of the Votann giveaway, we announced them last night live on twitch where we also showcased the new Warlord: https://www.twitch.tv/videos/1673758191

Once again, a huge congratulations to all of the winners. Messages notifying the lucky winners will be going out today, and we thoroughly hope you enjoy your prizes!