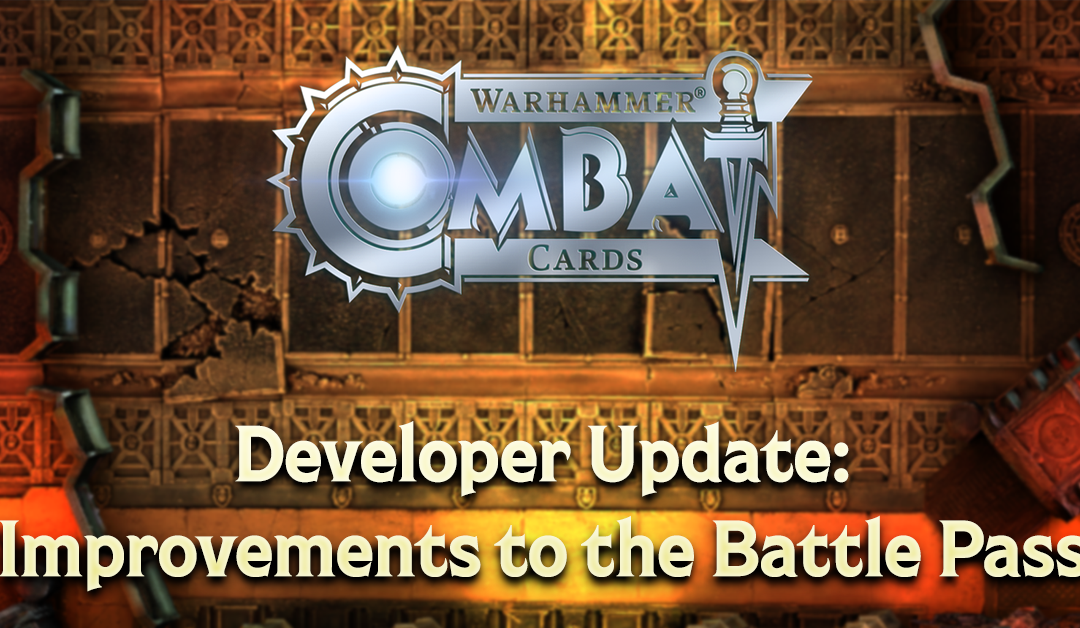 We’re now coming up to our fourth Battle Pass and we’re looking to make a few changes for the better. We’ve been really pleased to see the level of engagement with the Battle Pass, but now that we have several month’s worth of data we can see that many players are not progressing as far as we intended when the Battle Pass was initially released. We want to address this and make sure that everyone gets the full value and enjoyment out of the feature and ensure that it is achievable rather than a source of frustration.

As such, we are going to be reducing the skull requirement of every tier to 5 skulls. This means that some of you will typically be getting through a tier every battle and against some of the larger decks, possibly even two. We will be keeping the way that the Battle Pass unlocks the same as it is, so with the initial week of unlocked content, and then a daily unlock of an additional level. It should still be something that is engaging throughout the whole season, but now the daily demand for battles is much lower, and more manageable, and shouldn’t get in the way of players who also want to engage with other aspects of the game, like Campaigns.

The other important question is how rewards are handled, and we have wanted to ensure with these changes that players maintain, or increase, the value they get from the Battle Pass. For the free track, the reward value has been adjusted proportionally, this means the ‘value-per-skull’ has been doubled, and players will progress much further. To ensure that the total value of both tracks remains as close to the same as possible, we have also increased the value of the Premium track. This means the Premium track is even better value than it was before; the rewards are increased, and the Skull requirement overall has been reduced by nearly two thirds from 1155 Skulls to 420, which should be on average around 100 less battles required a Season.

We hope to see this change make the Battle Pass a much more natural and rewarding part of the game, rather than an additional effort, and one that will be a welcome change in the community. The Battle Pass is something that we take feedback on very seriously, so please continue to be vocal about how you are finding it.
Keep an eye out for more news soon and as ever feel free to join the discussion on Discord: https://discord.gg/9teFN6G or join us on Twitch, where we aim to get a livestream out once a week: https://www.twitch.tv/well_played_games