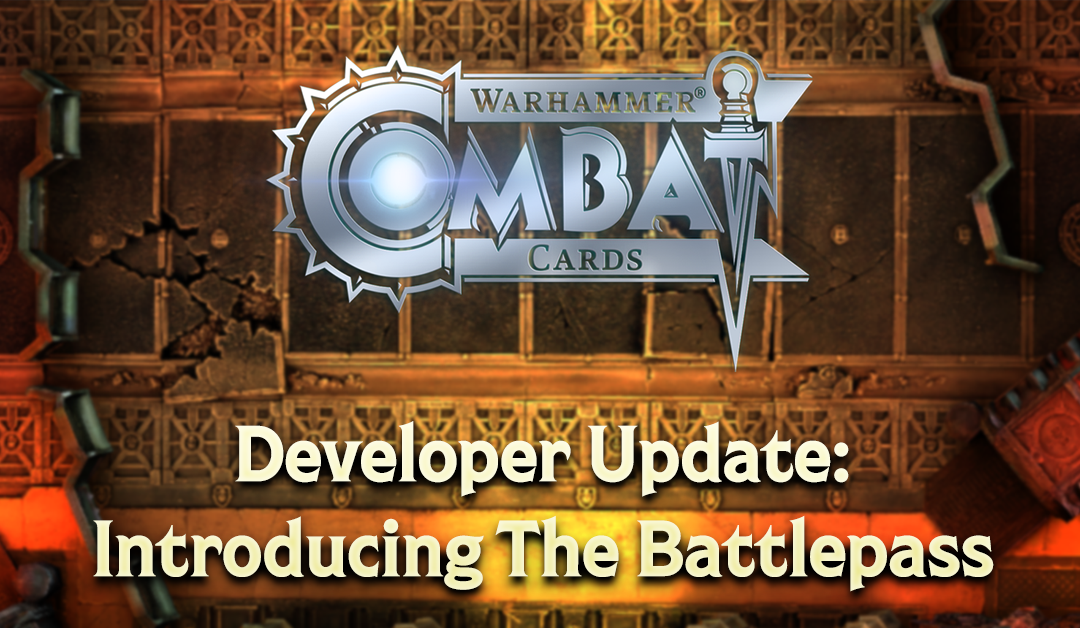 Hello everyone! Today we’re going to go into detail about the Battle Pass which will be going live on the 6th July, at the beginning of the next Season. We’ll be covering how it works, what rewards will be on offer and what elements in the game will be changing.

So to the first point, how is it going to work? The first and most important element is how progress is made. Progress in the battle pass will be made by collecting Skulls in Ranked and Casual as players do now for the Kill Pack. As such the Battle Pass will now replace the Kill Pack, both in functionality and in placement, at the centre of the Main Screen.

The free half of the Battle Pass will take the place of the Kill Pack as a means of giving a regular reward for player activity. In constructing these rewards we have heard and acknowledged feedback around the recent changes to the Kill Pack with the ongoing economy changes. So we have made the rewards more transparent, with clear fixed values, and have increased the overall value of these rewards by 15%. Almost all of that increased value will be going into an increase in plasma and card copies. By removing the 8hr timer there will also be less restriction to peoples’ play due to things like time zones and this gives more flexibility for players to play on their own schedule.

In terms of structure, the Battle Pass is split into levels, with three tiers in each level. On the first day of each Season, the Battle Pass will start with the first seven levels unlocked, and each additional level is unlocked after a period of 24hrs. The full track consists of 28 levels and the Imperial Treasury.

Once a player has completed Level 28 they will gain access to the Imperial Treasury. Starting on Day 14 one charge will be added to The Imperial Treasury each day. This means that by the end of the Season there are 14 claimable rewards given out by The Treasury.

So let’s talk about the Premium track!

Purchasing the Battle Pass will grant access to all earned rewards on the Premium track, regardless of when in the season you buy the pass. We’re pricing this at $7.99, which means that a player who completed the entire pass would receive a 2000% return on investment. Included in this is a unique set of cosmetics each Season that will only be available through the Battle Pass and will focus on a specific faction or sub-faction. Here’s a sneak peak of the Adepta Sororitas cosmetics coming up in the first pass!

In addition to the fantastic rewards and unique cosmetics, purchasing the Battle Pass will also immediately unlock an additional seven levels, regardless of where you are in the track. This has the added benefit of allowing players to gain access to the Imperial Treasury a week earlier.

We think this will be a really positive addition to the game, and we hope this will give you more flexibility over when you want to play, clearer visibility on what is up for grabs and also increasing the total value available. Hopefully this has answered any questions you may have around the Battle Pass, but as ever, do feel free to ask us questions and share your thoughts on Discord or our other Social Media platforms!