Second Iteration of Changes to the In-Game Economy 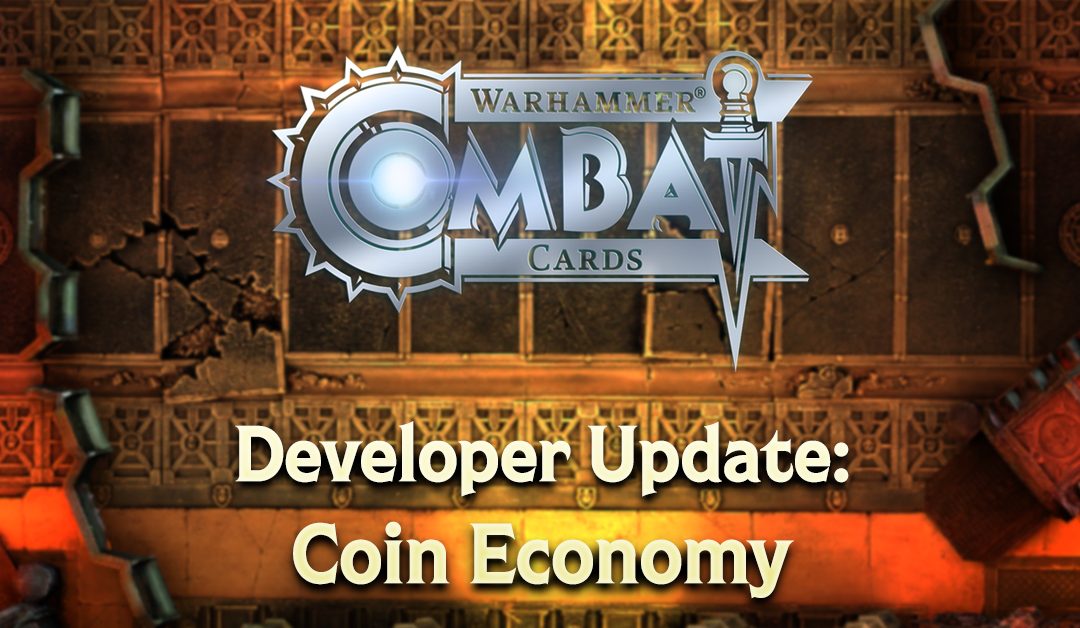 We know many of you have been waiting for this for some time now; we’re rolling out the second iteration in our series of updates to the in-game economy of Combat Cards on Monday the 13th of June! You’ll be pleased to know that the headline changes we are making this time around have to do with the availability of Coins in the game, and the repricing of different card rarities. The top-line summary is that Coins will be far more readily available on a daily basis, and generally cards will have their quantities in store packs and offers significantly increased.

It’s worth making clear that this is not the final iteration of changes. We are taking a phased approach to updating the in-game Economy, one informed by data and feedback, and an approach in which you, the players, are the most important participant.

This brings me to Coins: we’ve heard player feedback on the scarcity of Coins relative to Cards, and we’re pleased to be addressing this very directly by making Coins far more readily available through active engagement with the game, whilst reducing the number of cards. The number of Coins earned in the Kill Pack is being doubled, and coins are being added to every single Victory Pack – the timed Skull chests that you receive from winning games. The counterbalance is that these packs will have their card quantities reduced. The final result though is that you will find upgrading the cards that you pull on a daily basis a much more manageable activity. As an indication of value here, the highest tier of Victory chest will earn you an extra 500 coins! In total, these changes should triple the number of Coins that you will on average receive on a daily basis. Get upgrading!

This sharp increase in Coins has implications for other areas of the game of course, which is why we’re also adjusting the pricing of the Card Shop. You will see an increase in Coin cost for cards in the Card Shop, as well as the change in price from Coins to Plasma for some repeat purchases and for Epic cards. Legendary cards will for now no longer appear in the Card Shop, which brings me on to the final main area that I’d like to talk about; changes to how we treat different Card Rarities.

In a nutshell we’re seeking to make Legendary cards feel much more “Legendary”. It’s for this reason that we’re going to be making some changes to Legendary rarity cards in the near future. I won’t go into any detail about these changes yet, to keep something for the imagination, but the essence is to make Legendaries the most exciting cards to own. To counterbalance this, we’re adjusting other rarities to become more readily available. To this end, you’ll see a significant increase in the number of cards available in packs in the store which I’ve already mentioned.

To wrap things up – we want Coins to transform from an upgrade bottleneck to something players can freely use to expand and diversify their collection. We also want higher rarities to be the most influential prospects in collection and deck building. These changes are intended to open up the game more, to allow for more experimentation in creating different builds, and to make pulling that Legendary card you’ve been hunting all the more special as an experience.

Hop into the discussion by joining our official Discord: https://discord.gg/9teFN6G