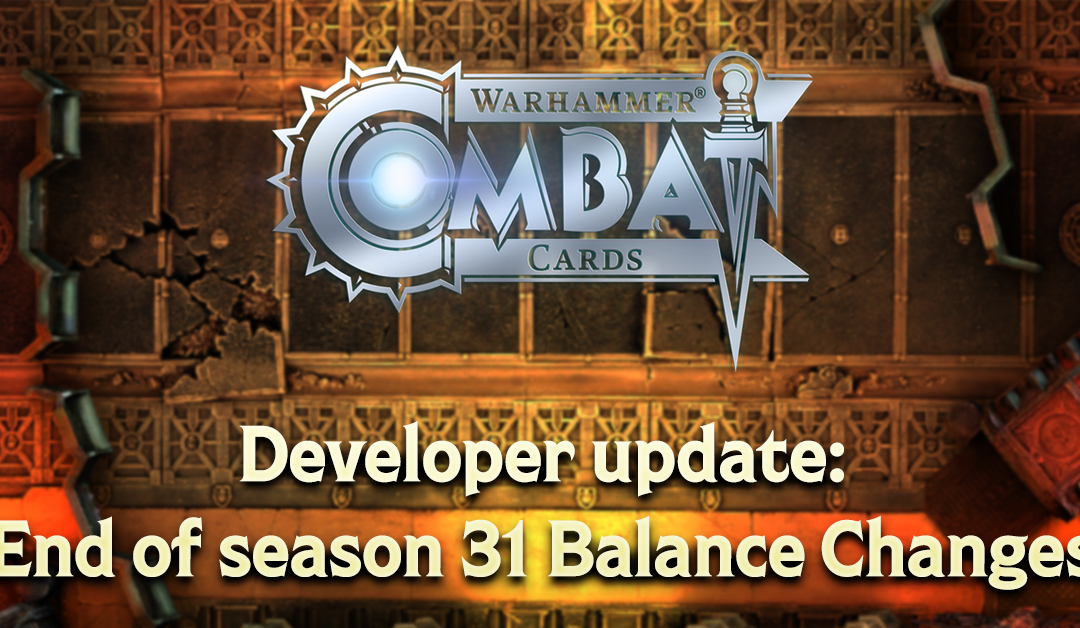 Its Balance Time! Over the last season its been flat out here on the Dev Team with Skulls week and with the delivery of the features revealed in the Roadmap. As such we’ve opted to go for a smaller, but high impact balance change targeting only Warlords and so we have 10 of the lowest performing Warlords getting meaningful adjustments to their stats which should make a noticeable difference.

We’ve had a flurry of communication recently so won’t dwell to much on further news, and there will be more updates coming in the near future.

So without further delay lets have a look at the Warlords in question:

Helbrecht – High Marshal of the Black Templars
Stat Change: +25 Base Wounds, +5 Base Range, +5 Base Melee

The Masque – Infamous Herald of Slaanesh
Stat Change: +20 Base Wounds

And for this season’s additions to the card pool were looking at some older cards that are long overdue, and much requested, to be added in to the general pool.

And there we are!

We’re looking forward to sharing more details around our upcoming plans in the future, and hope you’ve enjoyed this year’s Skulls event. Until next time!