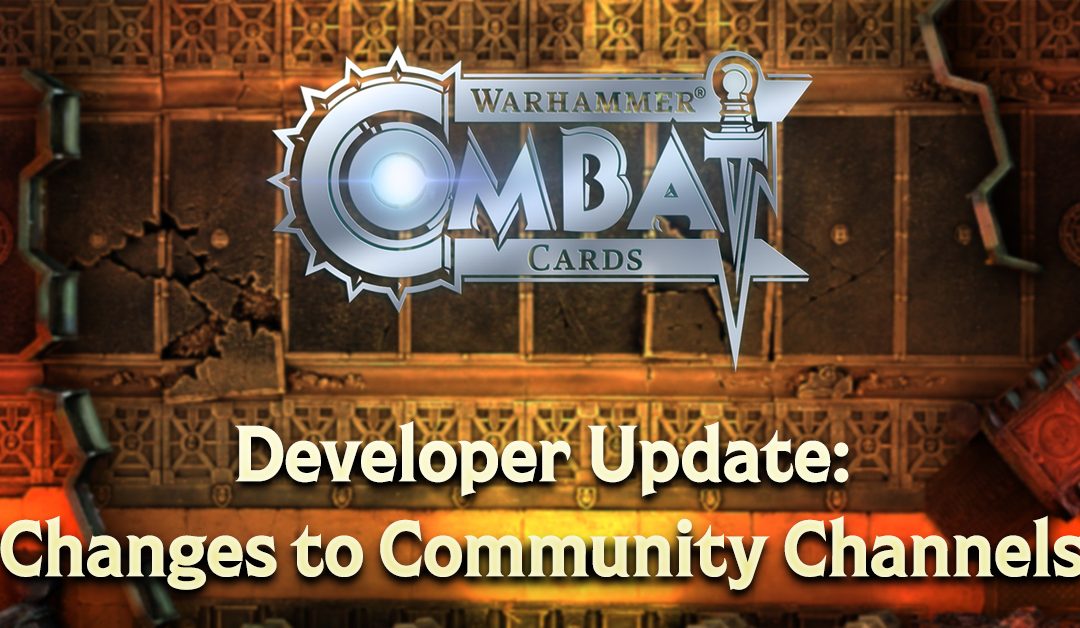 Hi everyone, ThisCaptain is coming to you for my very first official blog post!

The topic at hand is Community.

Combat Cards is incredibly lucky to have a very engaged and active community, who help each other as players and us as developers on a daily basis. It really can’t be overstated how important this community is to us and the game, and that’s why we’re going to be making some changes in the near future which are intended to ensure the growth and accessibility of this fantastic group of individuals for new and existing players alike.

At present, the potential of this community is limited by the fact it is a bit fragmented, and this is something that we’re seeking to change. We have very active users in our in-game forum, as well as on the community Discord server. Both of these channels are immensely useful to us for collecting feedback and interacting with players, but they can be quite siloed.

To change this, and make the community more central and open to all, we are going to be making two very important changes:

So why are we doing this? It’s a fair question.

The primary drivers are three-fold:

Ultimately what this all comes down to is creating the right environment for the Combat Cards community to flourish, and we believe we can best serve that goal by concentrating on a fewer number of channels. This will allow us as Devs to be significantly more engaged with you, the players, in a direct capacity. We’re aware that there is a wealth of useful community information currently available on the forum, and we’d like to invite anyone who is interested to assist in the transferring of this knowledge to Discord, where we plan to include sections for FAQs and introductory guides.

We’ll be turning KTPlay off on the 5th June, and we’ll continue to post reminders up until that date. The button will still exist in the game, but instead of taking you to the forum, it’ll instead open a menu to access our social channels. If you have questions or concerns, please raise them! We’re eager to hear what you think, and hope to see many of you join the Discord, where you can chat with us and your fellow players.  Join the discussion on Discord: https://discord.gg/9teFN6G