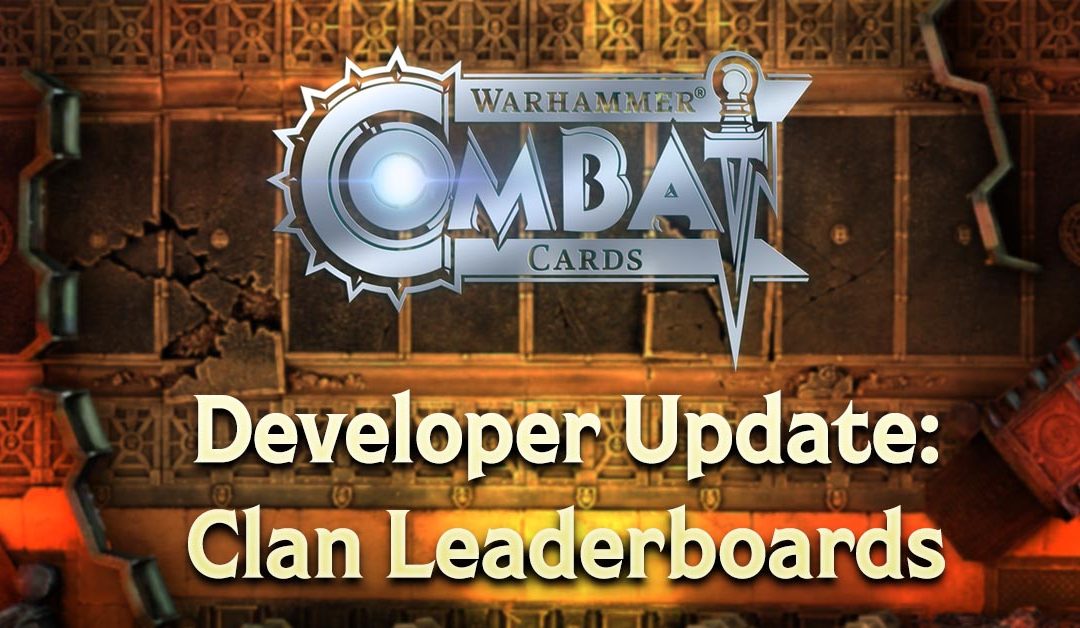 Today we’re here to reveal the latest new feature to hit the game, which comes in the form of an improvement to Clans; The Clan Leaderboard! We know Clans has been in need of something more since its introduction and we see this as an exciting start to expanding Clans into a more integral part of the game. Going forwards we’re looking for better ways to keep you updated on the work we have planned, so you can expect more visibility of upcoming features like this soon.

So how is it going to work?

For its initial release the Clan Leaderboard will be linked to Campaigns, and will display as an additional tab in the current campaign leaderboard. As with the current Leaderboards you will be able to see your own Clan Score, and its position relative to other Clans and various score brackets.

The scoring consists of the combined Victory Points of every Clan Member in that Campaign. So every time you score points in a Campaign, it will be added to your Clan’s overall score. Even a single battle will make an impact overall, and means players are able to contribute regardless of rank or experience. If a player leaves a Clan for any reason during an event then the points they score while with the Clan will remain as part of the Clan’s score. This means a Clan will never lose Victory Points once they have earned them.

The Clan Leaderboard will be going live this month, so it’s landing very shortly! Initially there won’t be any rewards tied to this feature, because we really want to get something in your hands as quickly as possible. With it being a new and significant change to campaigns, we also want to give you some time to get your Clans competition ready. We will be adding some rewards to this feature though and these rewards will be part of our longer-term adjustments to better balance the economy.

We are really excited to see this feature land and to see what you make of it. We’re also looking forward to the potential this opens for Clans as a whole. And of course, we’re curious to see who is the greatest Clan after all!