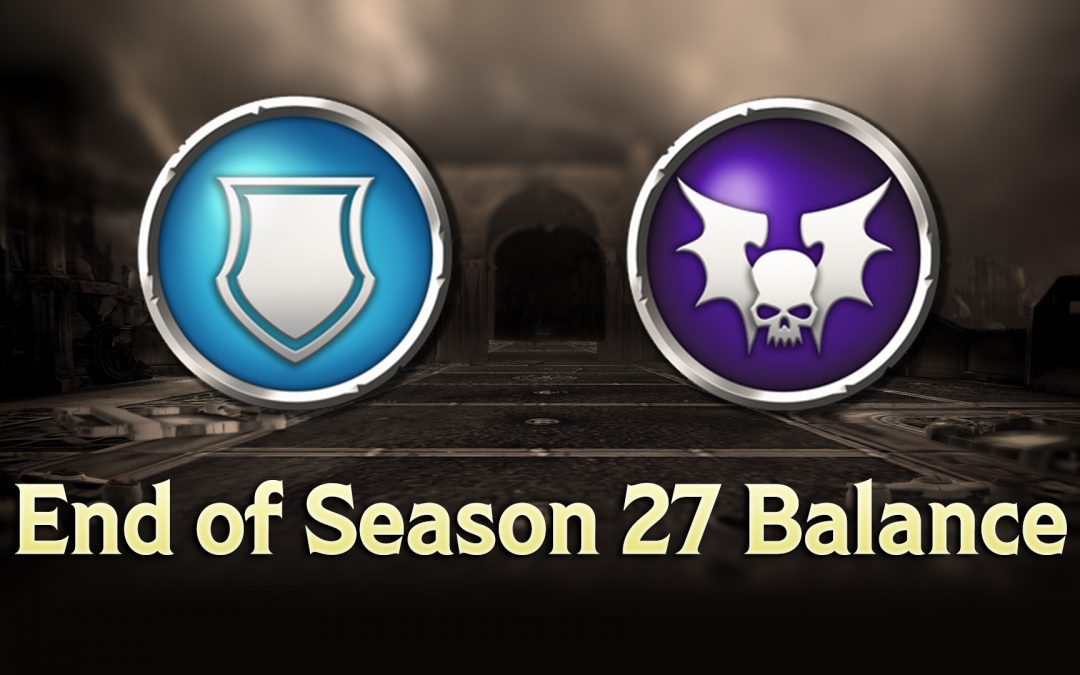 Hello again and welcome to this month’s Balance Change. There are a couple of things to discuss this time round with a few meaningful changes coming in, as well as a bit of a new approach to how the balance change is handled.

Last Thursday, we unveiled the major changes in the balance pass on our Twitch channel (link below) for the first time. Let us know if this is a format you enjoy, and balance pass previews could be a regular feature on our streams. In terms of balance passes themselves, we’ll be looking to additionally balance cards that have ‘fallen behind’. While using the play/win rate for cards as a measure for their performance is a valid method it also doesn’t take into account average card levels, and a number of the older cards that people have had for longer, and therefore at higher levels, perform well in pick/win, while overall being ‘worse’ cards. As such, we’ve taken time to evaluate the cards that sit much further behind their peers and move them into line with the game’s other cards.

So with that covered let’s have a look at the two trait changes, starting with the smaller of the two; Fear. 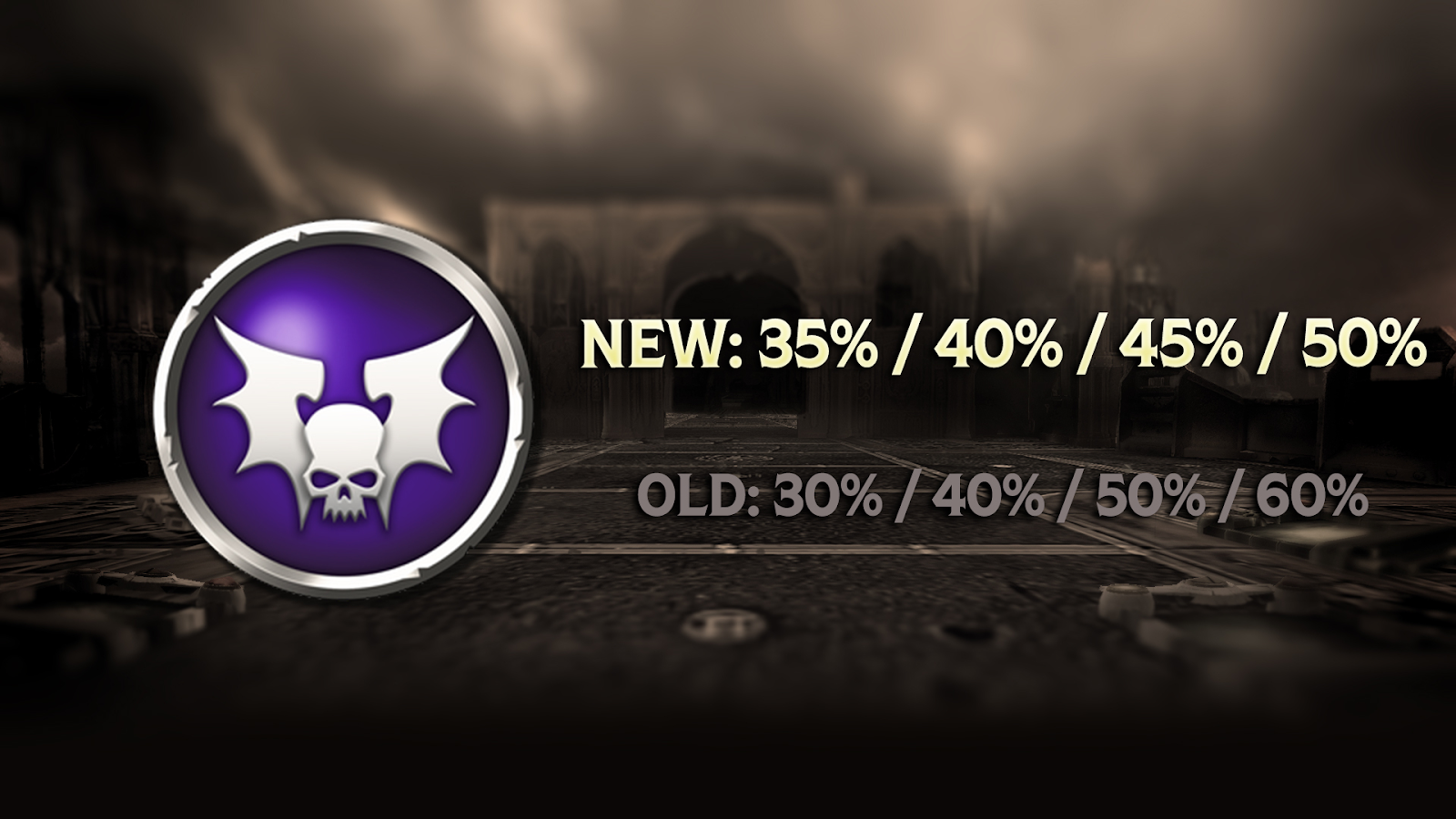 As you can see there have been some minor adjustments, which means that Fear starts slightly higher, and scales slightly slower. This means that Rank 1 will be stronger, 2 the same, and 3 and 4 slightly weaker. The reason being for this are twofold. Firstly the highest levels of Fear can be very oppressive to play against and also slow the game down. While not necessarily a bad thing overall, the best fear cards also tend to be some of the best performing cards in the game. Secondly, with the other major defensive trait, Shield also having a rework, we don’t want the impact of the Shield change being that players pivot the Fear rather than trying a broader approach with traits, or sticking with the newer version of Shield.

Talking of Shield, as many know it’s having a significant rework which can be seen here: 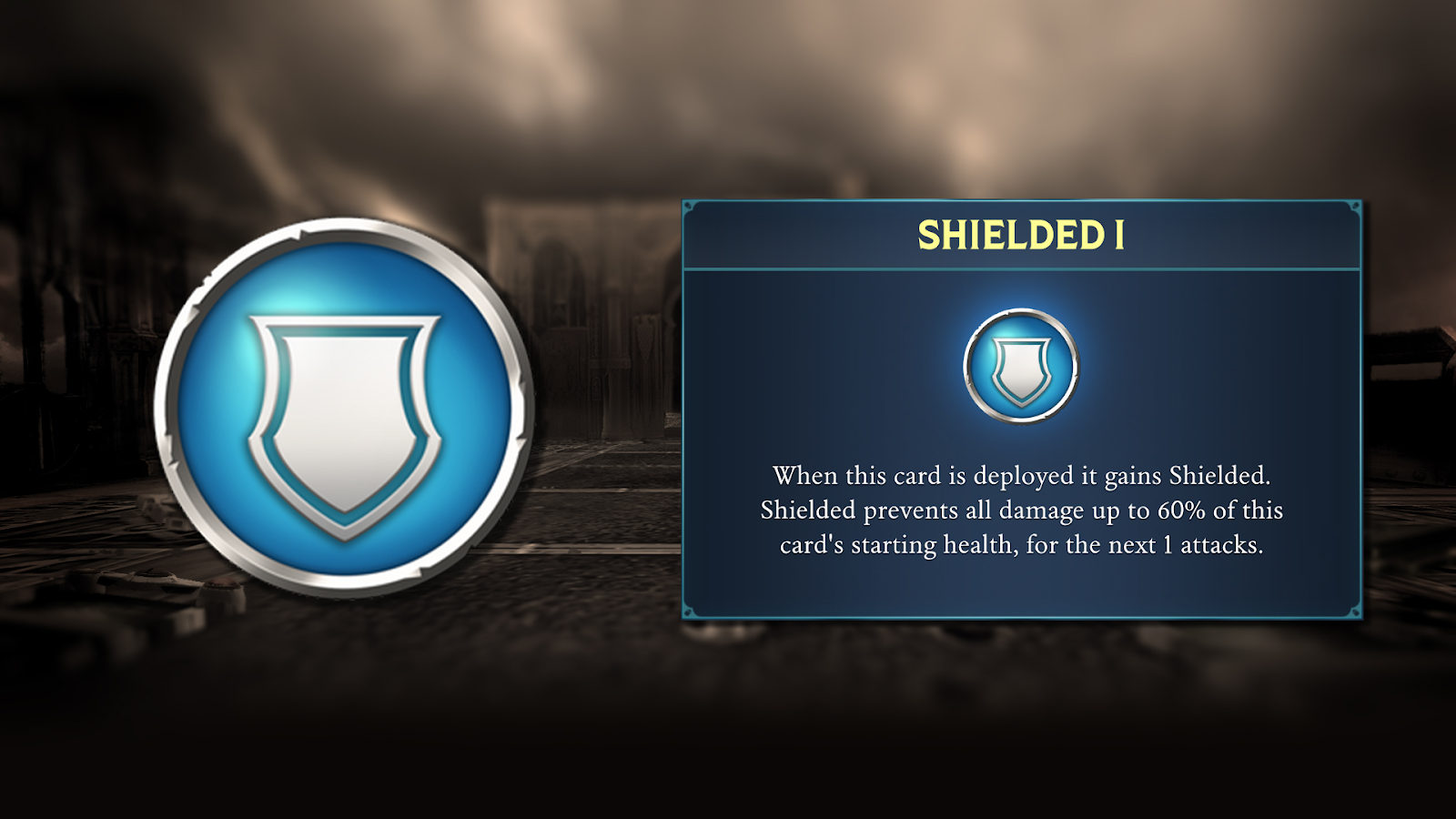 So first of all an explanation of how this works mechanically. The 60% is a constant value at this point, and the value that will scale will be the number of Shield charges as it does currently. I.e Rank 1 has 1 charge; Rank 2, 2 charges, etc. Removing layers of Shielded will also remain exactly the same, so one attack removes one charge. Now to cover the new part – with this new element to the rule, the damage prevention is now tied to the card’s base wounds. So, this doesn’t change throughout the battle, and isn’t affected by the card’s current wounds or any damage taken. So as a simple example, if the card had 100 starting wounds, the Shield will block 60 damage from any incoming attack. If you therefore made an attack with 100 damage, only 40 would go through to the card.

Now we’ve covered the mechanical side, to go into a bit of detail around the reasoning for it. Since Trait Rank 4 was implemented Shield has arguably become one of the strongest traits. This is partly due to the fact that it only has one variable; the number of charges. This has meant that if we were aiming to balance it, the only thing we could do was increase, rather than decrease, as the starting level only has one charge. As such by introducing a threshold we now have a much easier element to balance with, and by keeping the number of charge elements we have a huge amount more flexibility on how we manage Shield. As to how Shield was affecting the meta, there wasn’t an overly dominant meta of using Shields, but the decks that did use them tended to lean into them heavily, meaning that those decks were often unfun, or difficult to play against. Part of the strength of Shield was that regardless of the card, the impact of the trait was the same, and so a 4pt card was able to block just as effectively as a 60pt card. Under the new system a higher volume of cheap shields makes them less effective, and more likely to be forced through than a few expensive shields. As well as the effect that it had on the meta with people taking Shields, it also affected the meta in the compositions people took in case they ran across Shields,  leading to AoE being seen as near compulsory.  With this new format, a brute force option is now also viable. This change should also help Melee decks, who often tend to be high damage, but low AoE, as well as factions who have less access to reliable AoE e.g. Psionic Blast.

With that summarized, let’s have a look at the changes to card stats going into the next season.

Inquisitor Greyfax – Inquisitor of the Ordo Hereticus
Stat Change: -10 Base Wounds, -5 Base Range

The Swarmlord – Will of the Hive Mind
Stat Change: -40 Base Wounds

One That Rips The Flest –  T’au Sept Vespid Stingwing
Stat Change: +10 Base Wounds, +5 Base Range, +2 Base Melee

Grizgutage – Spoilpox Scrivener of Nurgle
Stat Change: +10 Base Wounds, + 5 Base Range, +5 Base Melee

Kzorgoth the Cleaver – Bloodcrusher of Khorne
Stat Change: +20 Base Melee

And of course here are the new cards being added to the general pool this season:

Servant of the Emperor

As ever feel free to join the discussion on Discord: https://discord.gg/9teFN6G or join us on Twitch, where we aim to get a livestream out once a week: https://www.twitch.tv/well_played_games