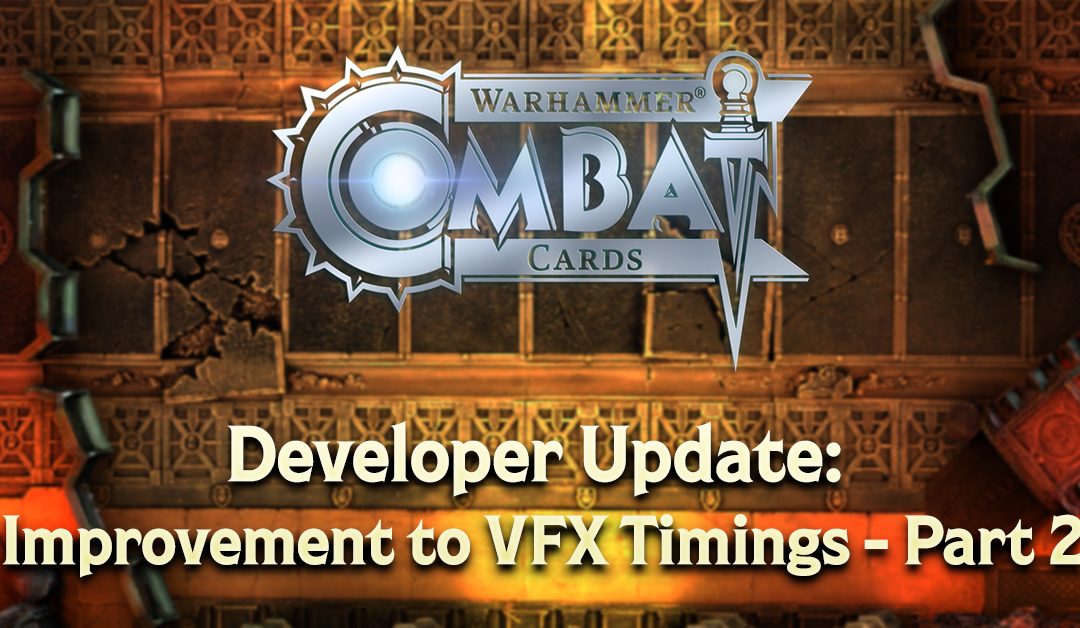 Hello everyone! I’m pleased to be able to get Part 2 of the VFX Timing Improvements out so soon after Part 1. While these changes are already out and live in the game, we wanted to give you a full breakdown of the improvements  we’ve  made in this iteration.

We’re really committed to improving game timings and the performance of the game, particularly following all your feedback, and we hope the speed we’ve managed to deliver these changes is testament to that.Part 3 is already underway, and we will be sure to share those updates as soon as they’re  ready to go!

This time around we’ve included some more Warlord VFX improvements, but have also now included a number of traits. As I mentioned in the last blog, it’s always a balancing act with VFX, as we want to keep the time down, whilst still making the traits feel special and unique, and allow the player to follow the sequence of events. We tried out a bunch of different options for each trait, and we’re happy with the balance in these latest iterations. There’s a general speed increase on the regular ranged, psychic & melee attacks in battle too, which should be one of the more noticeable changes.

As well as battle animations, you’ll also see some improvements to the front end of the game. Some of these changes might be difficult to pick up individually, but we hope each of these small gains will combine for a smoother experience. We’ve already received some feedback around these changes, and please continue to speak up as it’s all valuable in shaping what we do in future.

Without further ado, here’s the full list of changes in this release: