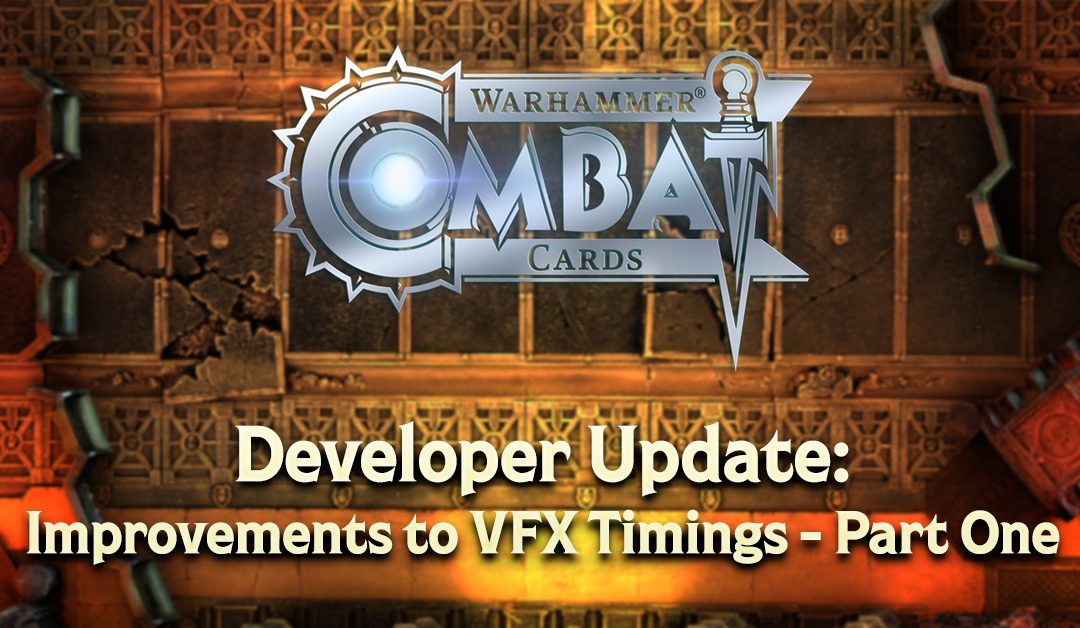 As the game has grown over the course of the last two years, the VFX catalogue has too. The addition of new Warlords and Traits has been fairly constant and with that there has been a continual introduction of new VFX. This has meant that since the initial launch of the game, the average match time of games has steadily increased, both due to added complexity of gameplay and these new VFX.

The reduction of game time is something that is one of our most commonly requested game improvements by the community, and we have taken that seriously. We’ve also wanted to keep the quality of these VFX as intact as possible, as we believe the visuals of this game – from the models used in the cards, the 40k baroque, and engaging VFX – is a core part of the game. They also play a practical role in the readability of battles – with so many Traits and Warlord Special Rules, it’s important that players (particularly new players) can follow the sequence of events, and unique trait VFX support with this. So there is a careful balance here that has posed a challenge to our team, and that’s part of the reason why we’ve been working on this for some time.

As implied by the title, this is our first release of reduced VFX timings. We’ve initially focussed on Warlord Special Rules, but we will also be looking at Traits and the general timings of animations in battle. Warlord rules were a clear place to start with many of them triggering several times a turn, and being the cornerstone of each battle.

This is part of a wider piece of work we’re looking at currently to improve performance in the game. This work should help battles feel snappier and more engaging, but we will also be looking for broader performance improvements that will make the game faster, smoother and generally a better experience overall.

Without further ado, here’s the list of Warlords with changes in this first release: