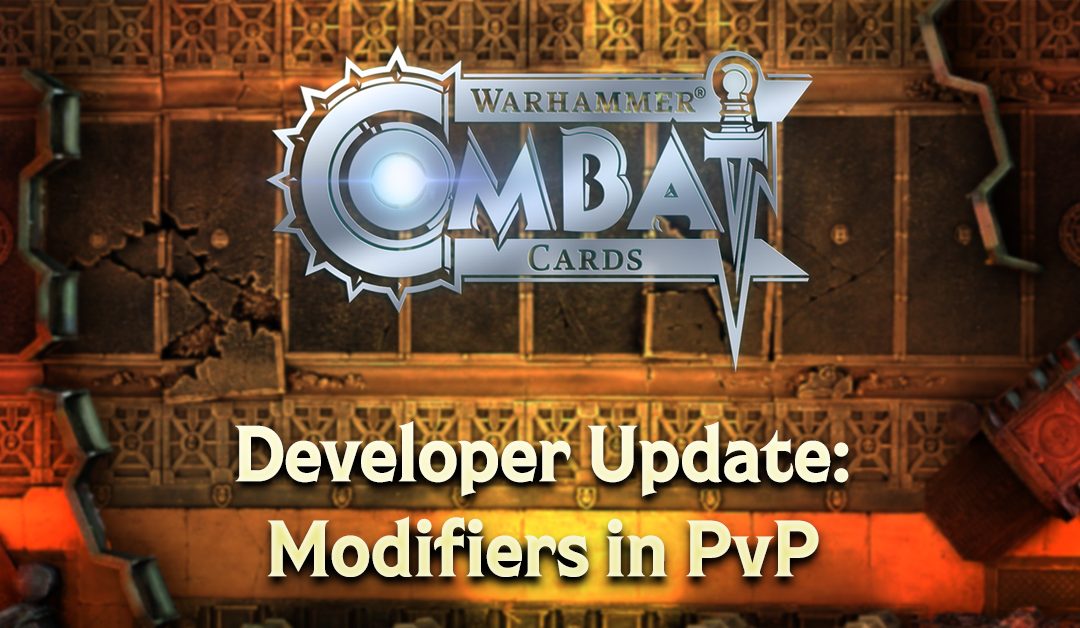 It’s with great pleasure that I’m announcing the introduction of a temporary run of Gameplay Modifiers in the Friendly PvP game mode available to members of Clans. To celebrate this, we’re running a PvP mission, so that you can earn some extra rewards!

Please note that the trial will be running for the entire week, not just for the duration of the PvP mission, so you can continue to play PvP using the modifiers over the weekend. After the trial has ended, we’ll be analysing data and looking at feedback, to help determine what the next steps will be for this feature.

Anyway, that’s the boring stuff out the way – now for the exciting bits: What modifiers!?

PvP has been well-received by the community, but the one main complaint was the balance. Low level clan members were going up against seasoned veterans, and naturally finding that their decks struggled to make any sort of dent in their opponent. On the flip-side, this is no fun for the veteran players either, as there’s no tactical challenge to get into.

To alleviate this, we’re introducing the Even Playing Field modifier to PvP. Everyone entering a Friendly PvP match will have their card levels overridden to the same level (Trait Rank 3 for all rarities).

Everyone in the game will experience these modifiers regardless of their version number, but to get the best experience of being able to view what Modifiers are active before entering a game, make sure to update to the latest version of the game.

That’s it for now for the announcement… but remember that this is no normal week. The latter half of this week will feature some exciting new cards, and an epic new event with a brand NEW Gameplay Modifier. More details to come very soon, including a twitch livestream this Thursday.