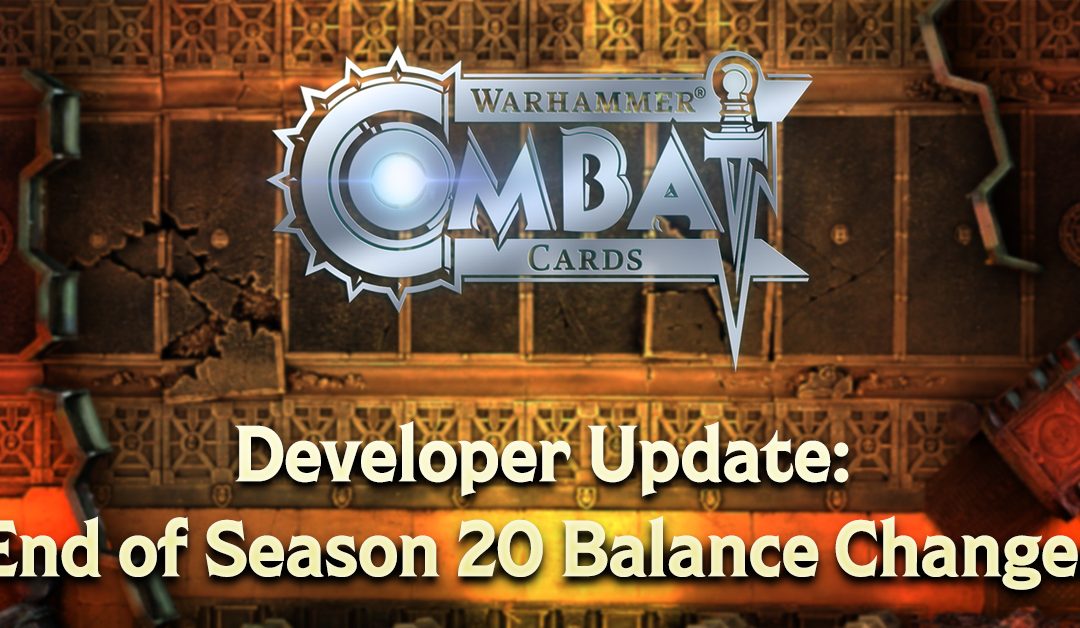 Hello again everyone! We’ve had a lot of new elements around Warlords and Warlord rules introduced recently, as well as the hangover from Trait Rank 4 meaning that a lot of the Special Rules purposely have not been touched in a while. However we’re now confident that we are happy with how the data has settled and a good volume of changes are happening to a number of Special Rules. So without further ado let’s get stuck in.

Debuff Amount: 25% -> 40% (Up 15%)
With the Psychomancers initial release we may have been overly cautious with the values, as there were real concerns over this being an overpowered rule when turned up too high. But with support of the data and player feedback he’s getting a deserved tune up.

Buff Amount: 25% -> 40% (Up 15%)
Aun’va came in strong and was very popular initially but has dropped down slowly since, especially since the release of Darkstrider who has proved incredibly successful. As a result it seemed fair to increase his buff amount to a higher level.

Remaining Health: 15 -> 5 (Down 10)
Captian Acheran had been a low performer for a very long time and has quickly swung in the opposite direction. We’re happy with the form of the new rule as we think it plays to Space Marine strengths and as mentioned on release is a very good safe introductory rule.However the value at 15 has proven a bit too strong and by reducing it to 5 there should be some much more manageable ways of dealing with him, particularly some traits like Psionic Blast, Barrage and Poison and even counter attacks which had been falling slightly short.

Damage Overflow: 120% -> 125% (Up 5%)
Adding a damage overflow increase to Logan has seen his usage and winrate up slightly, but not as much as we were hoping, so a small further up tick in the value seemed appropriate.

Gloguthrox the Foul – Lord of Contagion

Max Stacks: 5 -> 4 (Down 1)While the debuff increase from the previous season was definitely merited, the new max debuff of 75% was quite punishing. By reducing this to 4 and capping at 60% it’s still powerful but makes it a bit less overwhelming.

That covers all of the Warlord Rule changes, and with that lets have a look at the stat changes.

Tzax’lan-Tar – Lord of Change of Tzeentch
Stat Change: -20 Base Wounds

With that we’ve come to the end of this Season’s Balance Changes. This is definitely one of the larger ones we’ve had for a while so it will be interesting to see how you find the changes and what we’ll see going into the next season.