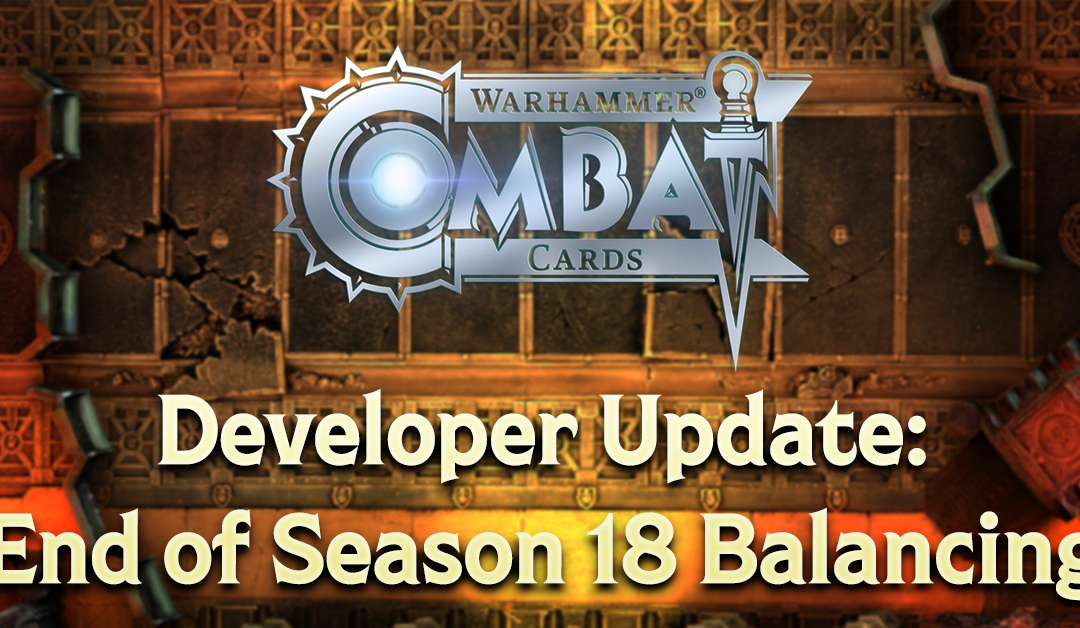 Hi all! It’s that time again. We’ve got a few changes to Warlord Special Rules and a Trait this time round having left the largely untouched for the past few changes to let the impact of Trait Rank 4 settle down.

This will also be a smaller pass as we’ve all been flat out getting all the content ready for Warhammer Skulls. There’s a lot to come, and make sure to find out more today at 19:00BST on our Livestream. https://www.twitch.tv/well_played_games

So to start with lets have a look at the Warlord Rule changes:

The Masque – Infamous Herald of Slaanesh
Quicksilver Swiftness:
While friendly Chaos cards are above 75 -> 60% wounds they attack first when defending

While The Masque’s performance hasn’t been poor we definitely erred on the side of caution with her rule. We feel this may have been a bit too harsh for her to be truly competitive so the wound threshold for the rule has been lowered allowing her rule to last longer.

Logan Grimnar – High King of Fenris
Savage Fury:
When an opponent is killed by a melee attack, 100% -> 120% of any excess damage is passed onto an adjacent card.

Logan has now been out for a while, and has struggled to push beyond the bottom 25% of Warlords. While there is already some strategy around timing and placement currently, this boost to the damage overflow should increase this tactical element while also increasing his power for some exciting combos to pull off.

As previously mentioned Captain Acheran will be getting a new rule, however it will be released in the following season rather than this time round. Full details to follow in the next Balance changes. We are aware of his performance and general player feelings around him, but extra care is needed with his position as the starting Warlord.

Next we have changes to one Trait:

Deathblow previously had a stronger splash damage than the other area of effect traits, but its was brought in line for Trait Rank 4 with it becoming more accessible. However, on reflection given that it only triggers once , increasing its splash damage seems fitting and a nice distinguisher.

Now for the stat changes:

Aza’gorod – Shard of the Nightbringer
Stat Change: +5 Base Ranged, + 5 Base Melee

And that wraps up this Season balance changes!