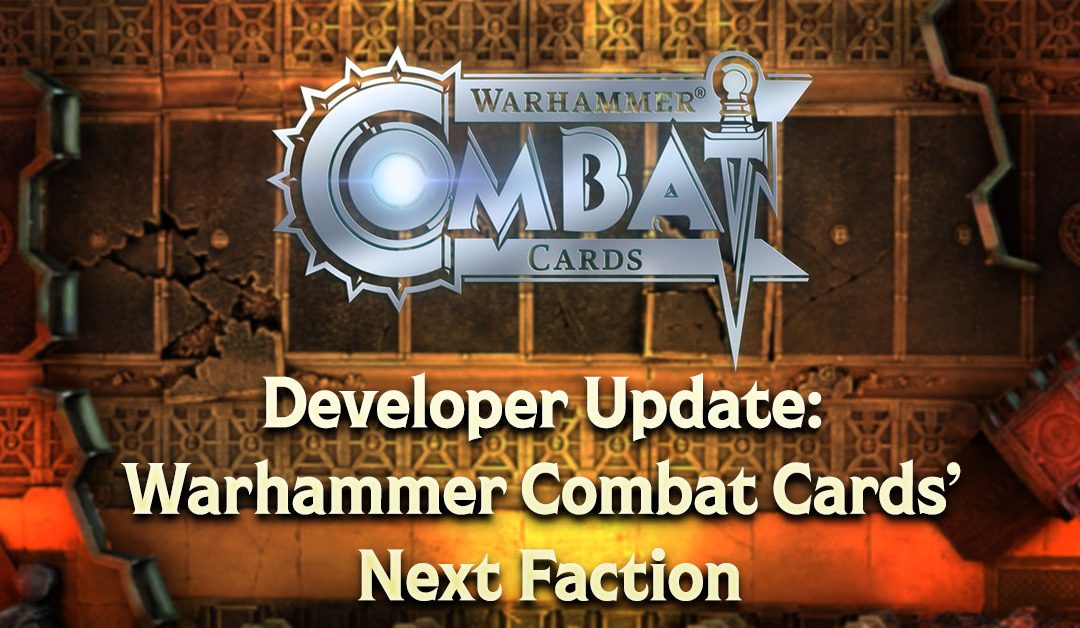 Since the launch of Warhammer Combat Cards back in 2019 the game has consisted of eight factions spanning the vast majority of races found in Warhammer 40,000, from the dwindling Aeldari and ravenous Tyranids to the barbaric Orks and superhuman Adeptus Astartes. Well we figured it was time to bring that number up to nine playable factions, so we looked into what we could do to make this a reality.

Firstly we took a look at the cards and factions we currently have in the game. Was there a way we could split a faction up and create a completely new one? That seemed like a tall order. Instead we decided to look at what exists in the Warhammer 40,000 range and draw our inspiration from something we haven’t yet included. Imperial Knights could be a great faction, but first we would have to consider how powerful Lords of War would be against the cards that already exist. Then, out of nowhere, inspiration hit us like a Guild Trike.