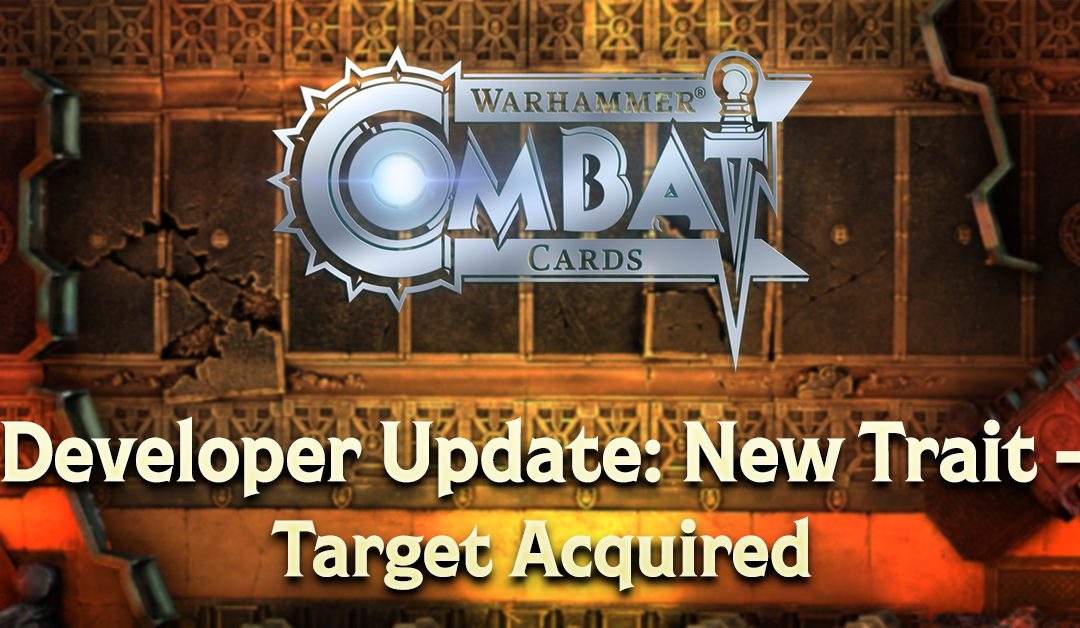 Let’s talk about the latest trait that is going to land at the beginning of the next rank season: Target Acquired. As the trait name implies, and as many of you have guessed, this will allow cards to target specific enemy cards and focus attacks against them, functioning much like a ‘reverse taunt’.

The wording of the rule is as follows:

“When this card is deployed the bodyguard opposite becomes Targeted. All your cards must attack a Targeted card for 1/2/3 turn(s).”

This will trigger at the end of the deployment round and so there will be no risk of it being ‘wasted’ such as previous iterations of Poison or Fear for example. Additionally any target specific rules such as Big Game Hunter and Snikrot’s Special will also trigger against these targeted cards. Have a fragile BGH you don’t want to put in front of that big hitter? No problem, attack it safely now from another lane. It does of course mean that you won’t be attacking the enemy’s other cards, so timing will be crucial to get the best effect out of it.

In instances where Taunt, or two Target Acquired are active at the same time then cards will attack the nearest card, and the centre lane will attack the left lane, if it has an option of the left and right, as with other interactions.

Final note is that it specified that the bodyguard opposite becomes Targeted, so it cannot be used to eliminate warlords in a single round. This has been implemented for balance reasons and to prevent the warlords with lower wounds potentially being killed in a single round.