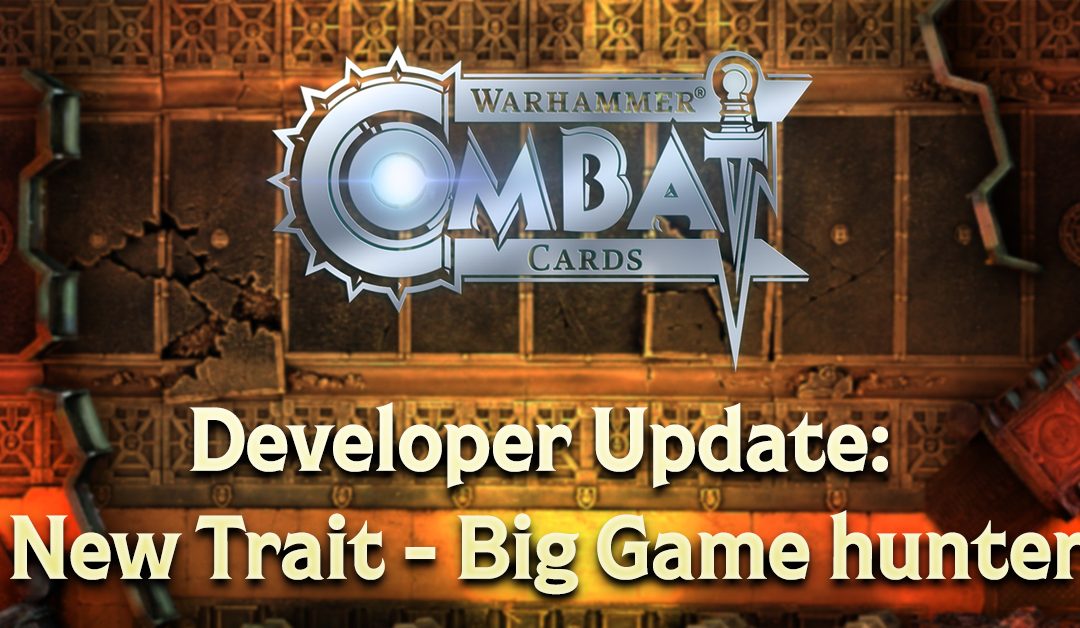 As it comes to the end of another Ranked season we are releasing another new Trait: Big Game Hunter.

The Rule reads as follows: “When this card attacks a card with a cost of 40 or greater, all attacks deal an additional 25/50/75% damage”

This represents cards with high damage potential either in their weaponry or skills that mean they are particularly strong at taking out monsters and vehicles, or specialists in taking out enemy characters. You may notice that snipers haven’t been included in the list of cards getting this new rule as there is something else in the pipeline for them!

Also worth noting is how this calculation will appear in game. It will not be displayed on the preattack calculation but applied once the attack has been made. Although this reduces the visibility of the trait effect to some degree, this is in place to ensure that the trait triggers in instances where the target is not in the opposite lane. Such scenarios could be taunt, an empty opposite lane, or perhaps something else (???).

Big Game Hunter has been chosen because the meta currently revolves around, broadly speaking, small decks of powerful cards. While not inherently problematic it does penalise some of the other ‘horde’ builds, and the warlords that benefit from fighting opponents with large decks. Bringing in a new way to target these larger cards adds a new layer of balance, and the opportunity to counter some popular builds without us having to look at nerfing them. We prefer to update the meta through new traits and buffs where possible; adding variety rather than reducing it is always the goal.

Mag’ladroth – Shard of the Void Dragon