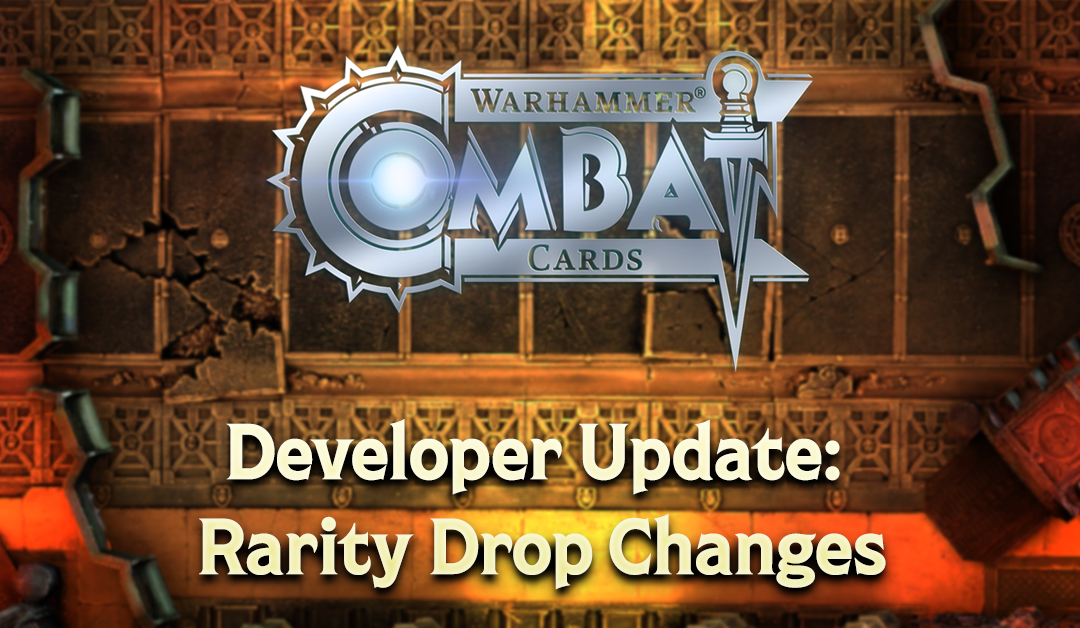 While it’s always exciting to be bringing out new features and content it’s also really important to keep looking at the existing game and make sure that it adjusts and grows at the correct pace as we add more content. As such we are looking to adjust the rarity drops in all standard packs (general store packs, kill packs, free packs and skull packs, as well as ranked and campaign rewards) to better reflect the current card pool.

Why Has The Change Been Made?

As many may have noticed some rarities have become harder to collect than others as the card pool has grown. As it stands Commons are by far the easiest to collect, with Rares being the hardest. Ideally we would look for each card to take approximately the same amount of time to max regardless of rarity, with the end goal that the majority of cards in a player’s collection could be upgraded to a usable level at roughly the same pace.

With the new drop rates this is much closer to a real reflection of the card pool, with Legendaries in fact being the best drop ratio, for the moment, so get them while they’re hot!

Why Did The Imbalance Happen?

As new cards were released, priority was given to the stand out and noticeable cards, which understandably hold a higher rarity value. Additionally following Games Workshop releases when adding brand new models to the game it’s often the new and exciting unique models, like characters, that garner the most attention – and have the best models to translate into cards – and so we are keen to get them into the game quickly, but understandably these type of models makes sense to be of higher rarity. As such we have suffered a bit from desirable model/high rarity bloat.

Will It Change Again?

Having reached the point where a change was needed we are much more aware and will be careful to balance all releases more evenly so that ideally this will not be needed again. While further changes can’t be ruled out in the far future, the intention is for this to be the new model going forward indefinitely.

This does mean that there will be more common card releases as a whole going forward than there have been, however far less that we would have needed prior to these changes. It’s also important to note that Common cards aren’t worse cards, just more frequent in drop rate, and while there is a general trend towards rarer cards being more powerful, a large number of the most used and highest win rate cards out there are Common.

What Other Options Were There?

Realistically this was the only reasonable option, if we were to take the existing drop rates further 9 out 10 releases would have to be Common for the next 6 months, which as noted above doesn’t necessarily mean worse cards, but would really hamper us from being able to release any big characters or iconic units that people are most keen to see in the game.

Other options would include making Rares, Epics and Legendaries more available through specific rarity packs, either in the shops or as reward items in game modes but in reality while potentially attractive offers it doesn’t solve the core issue and isolates those who weren’t able to get the packs while they were available.

When Will It Change?

This will be up and live as of tomorrow (02/10/20) at approx. 12:00 (GMT+1) and as stated will apply to all standard packs (which means campaign packs too for next week’s new Warlord reveal!) Not long to wait!