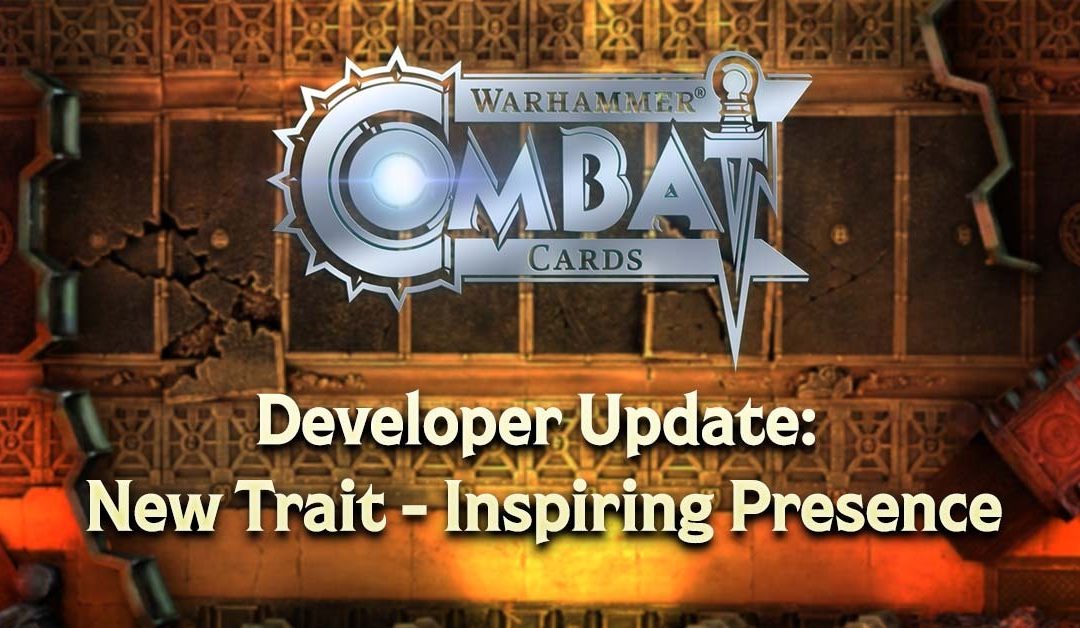 Hi everyone! It’s been a while since we’ve seen a new trait and I’m excited to announce the latest, which will be tied into the new Indomitus release: Inspiring Presence!

So how does it work? First thoughts may be as a direct counter to Fear? Well it’s a bit different because we like to mix things up. We also don’t want to create effects that completely cancel each other out, as that leads to less fun and interesting gameplay.

The exact wording of the trait is: When this card is deployed it gains Inspiring. Whilst this card has Inspiring friendly cards gain Inspired. Inspired cards gain 10/20/30% to each of their attack stats. So whilst this card is deployed it increases the attack stats of all your cards in play, including the card itself. This will be the first card where the ability is tied directly to a card’s ‘presence’. This makes it valuable on several levels. Cheap cards with this are a very easy access to a damage multiplier but likely won’t last long. Larger cards will benefit from buffing themselves as much as others, and will have the health to last, but will be limiting the deck choices for other heavy hitters. This should balance out to make each card with an Inspiring Presence valuable and none of them overpowered.

Probably what you’re just as interested in, or maybe more so, is who gets it? Well there are two new cards coming with the Indomitus release that will get it; don’t worry they are both mission rewards, and then after them a decent number of cards from the wider card pool. We will not be adding the trait to these wider cards until the end of the current Ranked season, as we feel this is a significant enough change to potentially unbalance the results and are keen not to do so. We feel that releasing the two new cards with Inspiring Presence through missions is fair, as everyone has equal opportunity to get their hands on them.

Starting with the new cards out this week, here is the full list of cards with Inspiring Presence: