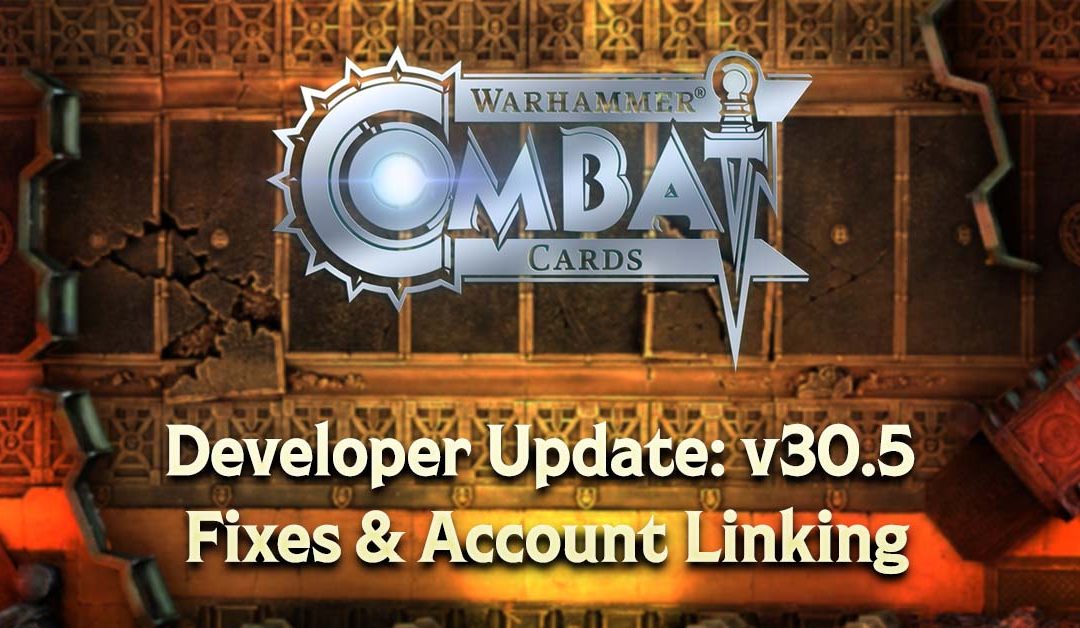 Welcome to another Developer Update! Version 30.5 should be appearing in an app store near you very soon, and though it’s a small update*, it contains some important backend fixes that have caused some issues you may have experienced previously as well as some new implementation for account linking on Apple devices.

Recently we had an issue where players were unable to connect to battles; they would be stuck on the loading screen until the request timed out and nothing could be done about it. After some initial investigations around server connectivity and responsiveness, the issue turned out to be caused by a most unlikely source: player nameplates.

We had recently introduced the updated player nameplates (the area containing your name along with your choice of avatar, title, border, and banner) to appear in battle so you could show off your customisation to other players when they faced your decks. Unfortunately an issue with the engine we use to create the game meant that sometimes the game would send off more requests than it needed to in order to retrieve this information, which in turn would lead to an unanswered request so the game would not progress to the match that players tried to join.

Now that we’ve updated the engine to a newer version, this issue with requests has been resolved and so we’ll be enabling nameplate within battles very shortly. This should also have a knock-on effect of fixing some other issues such as the game freezing when attempting to upgrade a card multiple times in quick succession.

Account linking on Android devices has been enabled for a while now, with players able to link their Combat Cards progress to their Play account allowing them to restore their account with ease in future. We’re currently working on making this flow better, but we’ve also been working on implementing account linking for Apple devices. We had this ready to go, but then Apple introduced their new Sign In feature for devices on iOS 13 and above, which we wanted to support. This new update contains all of the necessary parts to make this function properly, and so we’ll be enabling account linking on Apple in the coming days.

The team are still hard at work on certain hotly requested features and doing our best to try and not let the ongoing pandemic situation affect us where possible. We’ll soon be sharing some news on an upcoming new trait, so keep an eye out for that!

*  A few players have asked about the size of updates as they can often be 600MB+ and so want to know what’s included. We try and be as upfront with the contents of our updates as possible to let you know what’s coming. There’s nothing sneaky going on with the size of the updates. The size can be attributed to the fact that Combat Cards is quite picture-heavy, and we include these within the game rather than as an additional download after you have updated, which is something other games do to make their initial install smaller. We’ve got a future task earmarked to look into ways of reducing the overall size of the game and updates.