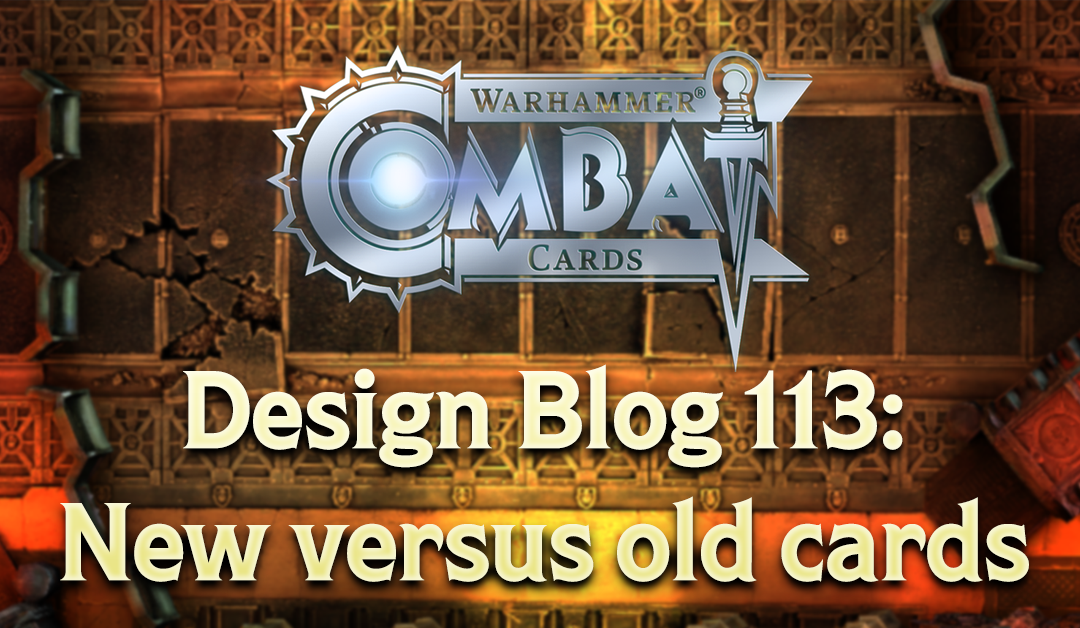 Before we get to this week’s topic I wanted to make sure everyone reading these posts understands that this blog never forces the Combat Cards team into commitments. Sounds weird but what I mean is that as the team discusses and agrees on plans I make notes of potential topics which might be of interest for the blog to cover. However, those plans can be changed or even cancelled for any number of reasons, sometimes after these posts have gone live (particularly if I’m talking about upcoming work, like today).

My point is, this blog can tell you about cool new things but it doesn’t commit the team to actually making that thing happen for a specific date or in fact ever. Apologies if if you think that makes these posts useless but the best I can suggest is to skip any posts that start with phrases like ‘This week I’d like to talk about something coming soon…’

This week I’d like to talk about something coming soon… a series of Missions we plan to run that mostly offer existing miniatures as prizes instead of new ones.

Quick reminder – Missions run alongside weekly Campaigns and they award you prizes as you cross certain ‘kill’ milestones (as opposed to the Campaign, which gives you prizes at the end of the week).

Until now we’ve used Missions as the game’s ‘new card delivery mechanism’ which basically means they’re how we add new cards to the game, letting players unlock them by playing that Mission then adding them to the general pool a couple of months later.

What we’re going to try as an experiment is a series of Missions that only add one new card to the game (per Mission), with their other prizes being cards that are already in the game. Sounds backwards, right? Why would we give away old cards instead of new ones?

It comes down to the steadily increasing size of the card pool – i.e. how many cards players have to choose from for each faction. But this encompasses several areas so let’s break it down:

At the most basic level, as we add more and more cards to the game, the chances of a pack giving you copies of any single card goes down. Because the game doesn’t currently stop giving you cards you’ve fully upgraded (instead awarding you coins for maxed out cards) it becomes more and more difficult to get enough copies of any single card to upgrade it. The upshot of this is that players tend to stick with using cards they currently have upgraded, rather than using new – weaker because they haven’t been upgraded yet – cards that they get. This isn’t great for deck variety, which is an important part of a healthy metagame.

Other repercussions from continually adding cards are that it puts more strain on the deck editing and card collection screens (though we have work planned to improve both of these), and is causing some factions to grow larger than others (because of the simple fact that there are more miniatures for those armies in tabletop Warhammer 40,000).

All this suggests we should stop adding new cards, but it has to be balanced against the fact that Combat Cards is inextricably linked to the latest 40K miniatures released by Games Workshop. Since the 80’s, one of the best aspects of the Combat Cards brand has been that each card features an ‘Eavy Metal painted miniature, A) giving the games a consistent look, rather than using artwork from a range of different styles, and B) meaning as soon as a new miniature is released we can add it to the game. We love being as up to date as possible and don’t want to lose that, so we need to balance what the competitive players want with players who just want to collect all the 40K models they can.

Finally, we’ve said many times that we listen to player feedback whenever possible, and the increasing card pool is a topic that players have raised several times, so it’s a win-win for them and us to try this experiment.

So, by awarding old cards as Mission prizes we hope players will be able to get enough duplicates to upgrade some cards they don’t currently use in their decks, thereby adding variety to the types of decks you face in battle.

However this is very much an experiment, and we’ll be watching the data to see how players engage with Missions mostly giving current cards as prizes compared to Missions that exclusively give brand new cards. It’s possible players won’t find the Missions compelling if they already have the cards, in which case we’ll be unlikely to run this sort of thing again. Either way it should be interesting and we look forward to seeing how the player base behaves versus what they say.