Hi, and first of all, if you’re reading this then thanks for your enormous patience. As you’ll have noticed things have been pretty quiet on our Facebook page and in the game recently, so I imagine the audience for this post is two die-hard fans and someone who pressed the ‘I’m Feeling Lucky’ button on Google.

Which is absolutely fair – we’ve been operating under radio silence for a month or so now, leading to valid questions on whether the game has been canned altogether. Obviously I’m pleased to report that no, it’s still going strong, but I’m even more pleased to report that we’ve entered our final push before worldwide launch.

I can understand why both fans might greet that statement with raised eyebrows, but to fill in the ‘I’m Feeling Lucky’ guy, we’ve promised that we’re nearly ready for launch several times before and never quite managed it. So let me explain why by taking you on a journey of intrigue and adventure – like a certain well-known fantasy TV show, only with very slightly less nudity.

Modern mobile Videogames generally fall into two camps – quickly made, released and forgotten, ‘indie’ games which tend to be made by small teams, and full-on ‘professional’ games that are built by larger teams and designed to last.

As a new startup, Well Played Games kind of fell between those two types, leading to Combat Cards being a little of both. Naturally we wanted to build Combat Cards as professionally and robustly as possible, as we could all see the huge potential the game had, and that we could be adding to it in all sorts of cool ways for years to come. But, we had to balance that with our available funds and team size, both of which were limited by us being a new startup (more on the earliest days of Combat Cards in next week’s post).

So Flaregames coming onboard as the game’s publisher really helped with crossing over from our slightly scrappy, doing our best with limited resources, initial version of Combat Cards, to the much more polished and robust version we’re about to release.

Aside from the visual improvements that we’ve made over the last month, the game has gone through a huge backend rework, making it load and run faster, more stable, and easier for us to update and service going forwards.

Of course, we can’t promise it’ll run like a greased Fleshhound on every single device, but our external testers have reported good improvements on the vast majority of mobiles and tablets, and we’ll continue to improve where we can.

We’ve also made a tonne of small improvements across the game, such as making Warlord special rules easier to understand, clarified Campaign prizes and removed a lot of minor bugs and graphical glitches.

So, as I mentioned at the start, we really are now gearing up for worldwide launch, with updates for the game coming more rapidly as we get the final polish into the live version. Look for announcements on our Facebook page, and I hope to share more details on the launch through this blog soon. 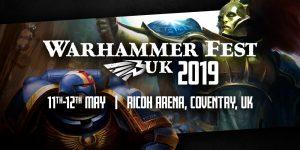 Finally, I’ll be giving a short talk on the ‘Past, Present and Future of Combat Cards’ at this weekend’s Warhammer Fest, so if you’re around at 2pm on Sunday afternoon come and say hello.

Also say hello if you spot us wandering around during the weekend in our Combat Cards t-shirts (we’ll no doubt be sporting the frown caused by thinking both ‘That miniature is super cool!’ and ‘I wonder how we’ll represent its’ stats in Combat Cards…’).

Thanks to both fans and the Google guy for reading this far, and I’ll be back next week to talk more about Warhammer Fest. After that we’ll have the next in our ‘A Tale of 13(ish) Painters series, and then more on getting ready for launch…