Welcome to part two of this look at the different player types that play Combat Cards (part one is here). This post will run through the final player types, but also look at why all of this is important, and how it affects Combat Cards’ gameplay. 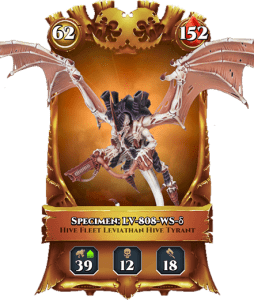 This player type wants at least one copy of every card in the game, especially any which are time limited or exclusive. They also like to complete Achievements (which we’ll be adding soon) and are looking forward to customisation being added.

This player type is why the card collection screen shows every card in the game, not just the ones you have unlocked, and why we’ll be making improvements to this screen as the number of cards keeps increasing.

Note that this isn’t an ‘exclusive’ player type – many players fall into this category at some points, for instance when they’re just one card away from owning every Space Marine in the game. This means you can be a competitive-collector, or a chaos-collector for instance.

Example Warlord: I’m not sure this player type gravitates to a specific Warlord, perhaps choosing the newest addition to their collection. Alternatively, they may use the rarest, coolest Warlord they have, such as a Legendary card like the Hive Tyrant. 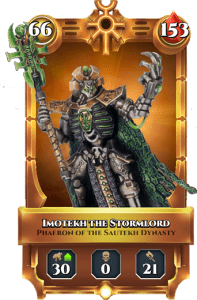 This is the second player type which sits alongside whether you’re competitive, casual or chaotic. As the name suggests, this type of player likes to explore, but for a game like Combat Cards that doesn’t mean exploring a place – they like to explore the game’s rules and systems.

These players will experiment and work out exactly how each trait or special rule works. They’ll determine just how much boost each Ready buff gets you, and how two players with the same score get ranked on the Campaign leaderboard.

In short, explorers like to test and push against the game, and can find themselves bored once they know exactly how everything works. It’s for these players that we’ve made Combat Cards deeper and more tactical than the three attack buttons initially suggest.

Example Warlord: Imotekh – as it can take a long time to work out the perfect way to use his Readying ability, including whether he’s best with a horde of cheaper cards or a few expensive ones, when you should Ready or attack, and so on. 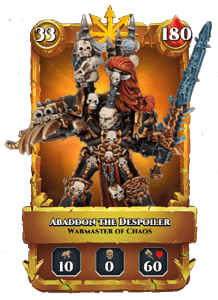 And this is the final type of player which sits on a different axis to whether you’re competitive or casual or chaotic. Socialisers are players who play to engage and interact with other people (aside from just fighting against them).

For casual players the game can almost be an ‘excuse’ to hang out with friends and chat over a shared experience. More competitive players can be just as sociable, but they tend to share and discuss tactics, deck building and the metagame.

Obviously, these players are looking forward to the clans being added to the game, allowing them to chat, share tactics, and generally socialise with their clan-mates. We’re aware that this is important to a lot of people, so will be implementing clans as soon as possible.

Example Warlord: It’s difficult to think of a single Warlord which appeals to social players. Perhaps Abaddon, because he’s powerful and straightforward to use, but is also one of the oldest miniatures in the game, so makes a fun discussion point.

Naturally, I’ve had to generalise when describing what the different player types want and how they play the game. Most players don’t fit 100% perfectly into a single archetype, plus player behaviour changes over time with the game, or even just due to mood, and so on.

But thinking about these player types allows us to try and ensure we’re including content for everyone, and aren’t excluding players who like to play in a certain way. Or rather, if we are ‘excluding’ players then it’s because we’re choosing to, not by accident.

I’ve spoken before about why we’ve designed the game to be played in short sessions, or made it about playing against the AI, not another player in realtime. Those decisions will definitely have made Combat Cards less appealing to a certain type of player, who prefer a more ‘hardcore’ experience. But on the other hand, they’ve hopefully made it more appealing to other players – those looking for a fun way to extend their Warhammer 40,000 hobby time.

Over time we may alter our gameplay or focus on specific features, but it will always be because we’re reacting to what our player base is enjoying.

If you have any questions or comments on all this then you can get in touch through our Facebook page, or by emailing [email protected].