I’m aware that these posts can sometimes get a little theoretical, and focus on high-level game design over Warhammer 40,000 related topics. So I thought it would be fun to talk about something a bit lighter this week.

I’m pretty sure that everyone who’s ‘into’ the Games Workshop hobby has a favourite miniature – a model that they love, even if they don’t play that army on the tabletop or collect that range. Maybe they just like how it looks, but equally it could be because that miniature evokes memories of a certain time, a group of friends, a hard-won campaign, and so on. The reasons are probably as varied as the miniatures themselves.

Let’s find out which miniatures the team behind Combat Cards choose and why: 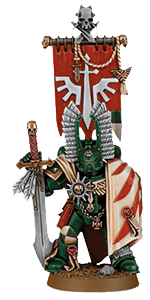 This was the first miniature I saw as a teenager that made me love the painting of the miniatures. As soon as I could buy him I did, and messed up the painting job more times than I care to mention. He must have been painted and stripped at least 10 times until he disappeared into the abyss of my attic. I plan to get another one and see if I can do the paint job justice all these years later. 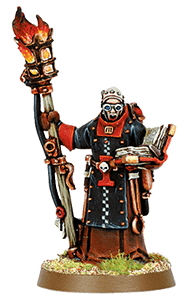 I always really liked the Demon Hunter Warrior Acolyte. I think it’s a fascinating figure full of symbolism that gives a real insight into the weird heart of the Imperium. It’s a brilliant bit of storytelling and raises lots of interesting questions. I must have painted four or five of these over the years. 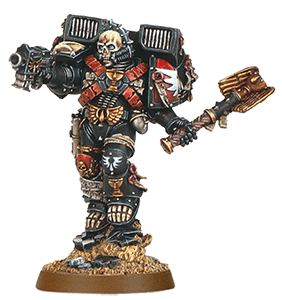 Blood Angels were my first army when I started the hobby 14 years ago. Back then, reading my first codex, I loved the lore behind Lemartes. A stone cold badass, fighting against the dying of the light, just so he can help his doomed brothers sell their lives at a better price – it’s about the most 40K thing ever. When his new model came out for 5th edition I instantly bought it, I love his old-school, no-nonsense look. It also happened to be the first model I ever painted that I was happy with, he still has a spot on my desk at home. 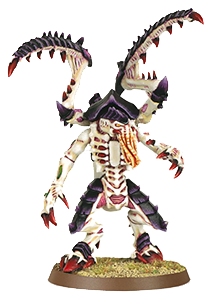 Action / sci-fi movies were my favorite things as a kid, so you can imagine how I felt when I discovered that a whole race of super predators existed in the 40K universe, and that were considered deadly even by Space Marine standards. It was all it took to make me buy the Codex, followed by this model a few days after. 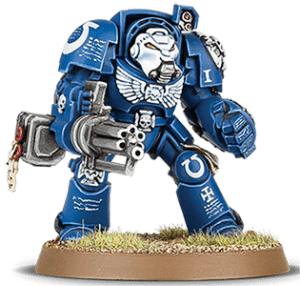 This might seem like an odd choice, but the first Terminators were introduced to Warhammer 40,000 just after I discovered this hobby, so with the help of the story ‘Deathwing’ and their square, brutal, bulldog-faced design they’ll always be ‘peak 40K’ for me. I’ve had several all-Terminator armies over the years, as their low model count suits my slow painting speed. Maybe it’s time for another one… 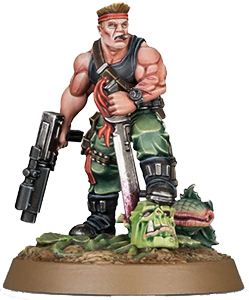 Although I’ve not finished painting his new model, it would have to be Sly Marbo. Mostly because of the memes and videos surrounding his character which introduced me to the Grimdank community – which I find hilarious, despite most of it flying over my head. Also, I love books and movies about Vietnam, which might have inspired the character of Sly Marbo somewhat.

Thanks for reading, and feel free to get in touch and let me know if you’d like more posts like this.

Also, if you’ve read this far, email [email protected] or post on our Facebook page and let us know your favourite miniature and why. If we get enough entries I’d like to run this again, featuring your favourites.