Hi everyone, I’ve interrupted my own two-part discussion on how we add new cards to the game to talk about this week’s big game update. I’m doing so because it gives me the space to lay out the changes in detail, but also so I can talk about why we made them.

Y’see, as a live, serviced game, Combat Cards must evolve over time – this keeps it fresh and interesting, while letting us fix and hone the game. But the downside is that players – particularly early adopters like our Australian players – see sweeping changes they may not like to the game they’ve been happily playing (though of course their feedback on those changes helps shape the game).

This week we made a big change to the way player Ranks and XP work, and as part of that we also added daily Objectives to the game. Let’s go through the changes we made, and then discuss why we made them.

A quick recap – your Rank (the number in the top left) determines which cards you can get from most card packs, and how many points you have to build your decks with. You increase it with XP, and you get that by upgrading cards.

Before these changes, players got XP every time they upgraded a card, so were racing up through the Ranks. This seems cool in the short-term, but means players pretty quickly hit max Rank and then had no goal to aim for. It also meant they had unlocked all the cards, removing the excitement of gaining a brand new card.

As a result, the Rank system had to change. It may be fun to burn through all the Ranks in a couple of weeks, but for Combat Cards to keep growing it needs to keep players engaged for months, or even years.

It may upset some players to hear that spelled out so plainly, but I hope people reading these posts have seen that I’m being as honest and open as possible about the decisions which have to go into making a live, serviced game.

Before the update, players knew they wanted to increase their Rank through gaining XP, but with upgrading cards the only way to get it, no other gameplay activity really mattered. After all, if there’s no reward for doing ‘thing X’ then why do it?

So we’ve added a whole range of ways to earn XP – with more to be added over time – through the Objectives. 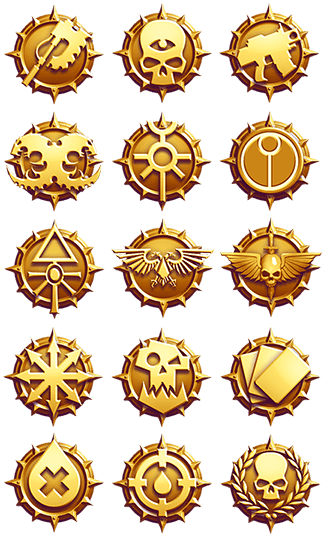 Players are given objectives each day, with the goal of providing interesting, varied things to do to earn XP (rather than it always being ‘upgrade cards’ – though this is still one of the Objectives).

This is quite a big change to the game, and it’ll be interesting to see how existing players get on with it (whereas, new players will never have seen the old system, so will just assume this is how the game has always worked).

In one way it could seem that it’s now more difficult and slow to earn XP, but as I mentioned above, we need to make this change to ensure the game is playable for a long time, rather than burned through and done with. After all, we have long-term plans for loads of cool things like Clans, Strategems, Super-heavies and lots more – but we won’t get to do those if players get bored and abandon the game after a couple of weeks.

I hope all that makes sense, and that you guys are comfortable with me laying out the honest reasons we’re making changes to the game you’re playing.

We absolutely value your feedback on these changes, so please do get in touch via [email protected] or through the Combat Cards Facebook page.