Hi there, and welcome to the first of a weekly series of design diaries, going into detail on the decisions and thought processes behind our new game, Combat Cards.

Each post will explore an area of the game that you might find interesting, such as how we prototype and iterate a game like Combat Cards, how we balance cards against each other, how we prioritise luck and tactical skill, and so on.

I’ll also be drilling down into each of the ‘factions’ we have in Combat Cards, giving insight into how they play, their strengths and weaknesses, and some of each faction’s key cards and combo’s.

Finally, on the off chance that this sort of stuff is interesting to anyone other than design nerds like me, I’ll  be discussing more general game design theory. Things like the decision making process you go through each turn while playing Combat Cards, how we decide on or discard ideas, how we balance the metagame, stuff like that.

So, who’s writing this? My name’s Stuart Maine, and I’m the Design Director here at Well Played Games. Obviously, a lot of people are involved in creating Combat Cards, and we’ll meet them in future blog posts, but basically it’s my responsibility on the team to make gameplay decisions.

That means using a broad range of research to help inform the direction we take the game. Videogame design touches on psychology, probabilities and statistics, emotional drives, communication and user experience, and a whole raft of other interesting areas – which is why I think it’s interesting to talk about.

Being a designer means playing a lot of videogames (I know, I know, it’s a hard life), but also means needing to play a lot of board and card games, roleplaying games, and of course, war games.

So, the obvious question – this guy’s working on a Warhammer 40,000 game; does he know what he’s talking about?

Hopefully, the answer is yes. I’ve been in the hobby for ‘a while’ – I still have my original copy of Rogue Trader from 1987. I play Chaos Space Marines, the Inquisition, and Genestealer Cults (because nostalgia).

The point is, I’ve been into Warhammer 40,000 for 30 years, and a videogames designer for 22. You may not agree with my opinions or reasonings in these posts, but hopefully you can trust that I have at least some idea what I’m talking about.

As this post is about introductions, I thought I’d end by introducing everyone else involved in making Combat Cards. And, as we’re making a 40K game, what better way than through a custom miniature that represents what each of us does at Well Played Games (in our studio’s grey and orange colour scheme, of course): 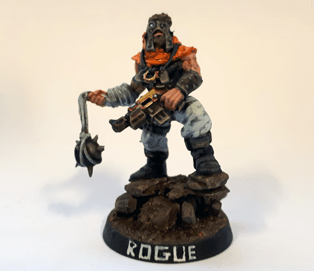 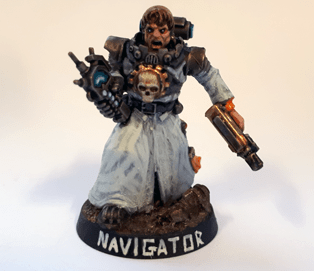 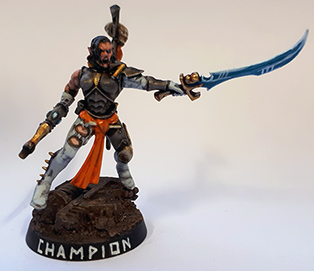 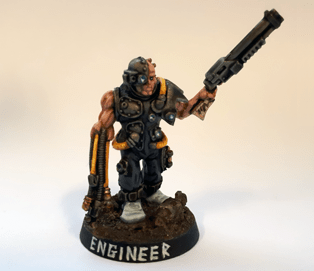 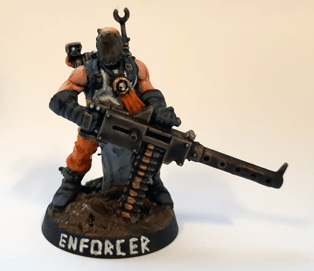 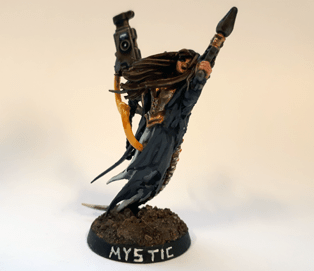 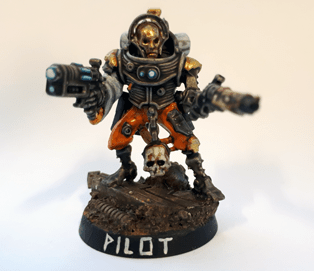 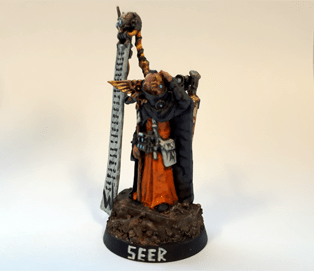 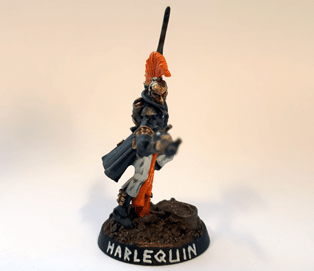 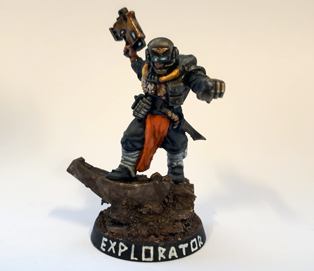 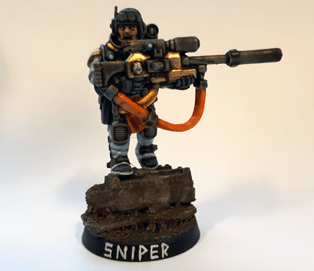 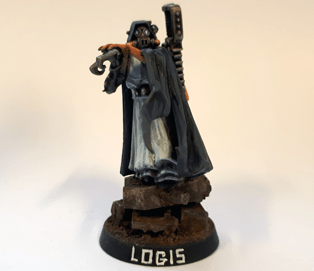 Okay, that covers us and what this series is planning to include, but I’m keen to hear what you’d like these posts to focus on. If you want more tactics, or more focus on the 40K lore, or (and I realise this is unlikely) more design theory, then please let me know.

In next week’s post I’m going to cover how, from the thousands of 40K Citadel miniatures available to us, we choose which ones to include in Combat Cards.