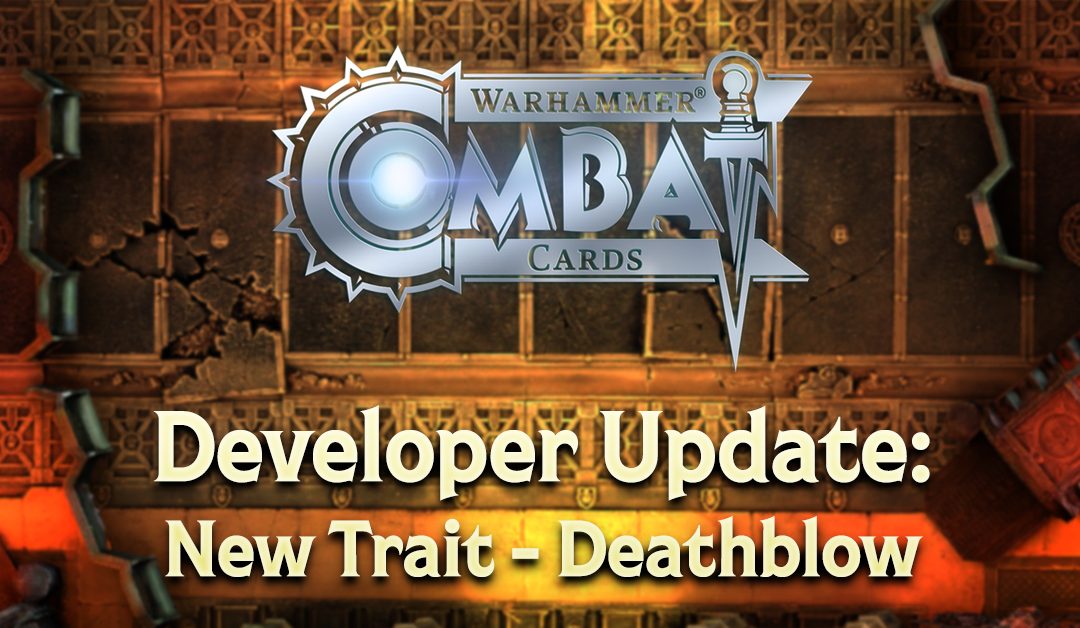 I am happy to introduce the latest trait: Deathblow. This rounds off the AoE traits with one for each attack type, and also rounds off the number of traits in the game to twenty. As can probably be guessed by the name of the trait, the trigger point will be when a card dies. The rule itself reads as follows:

This therefore is potentially the most damaging trait out there for percentage of attack conversion, able to deal a massive 210% of melee attack at max level when in the centre lane! This is offset by the obvious major drawback of the card having to die to trigger it, and then the loss of control as to when a card is killed, and by which card. This is as much up to the opponent as the player, so will require careful timing on both sides of the field to maximise, or minimise, its effectiveness.

Thematically this represents a few different scenarios; one when a character is just too stubborn to die, and makes sure to take the opponent with them. Another could be that in its death-throes it will flail/explode/attack uncontrollably or even crush its opponent beneath its bulk. Finally it could be that a character is so enraged, maddened or immune to pain that it takes a while for them to realise that they’ve actually been killed! With such a broad spectrum covered, it can fit nicely into any faction and still feel at home which is always an important goal.

With the theme covered, there are mainly two types of card that will be getting this trait: Small cards, who utilise their fragility to maximise damage output; or large cards that are a priority for your opponent to remove, but now pose themselves as a real trade-off where killing them can be as threatening as leaving them alive!

So the important question, as ever, is who is getting the new trait? Here’s the full list:

Remember, always make sure to take your enemy down with you!