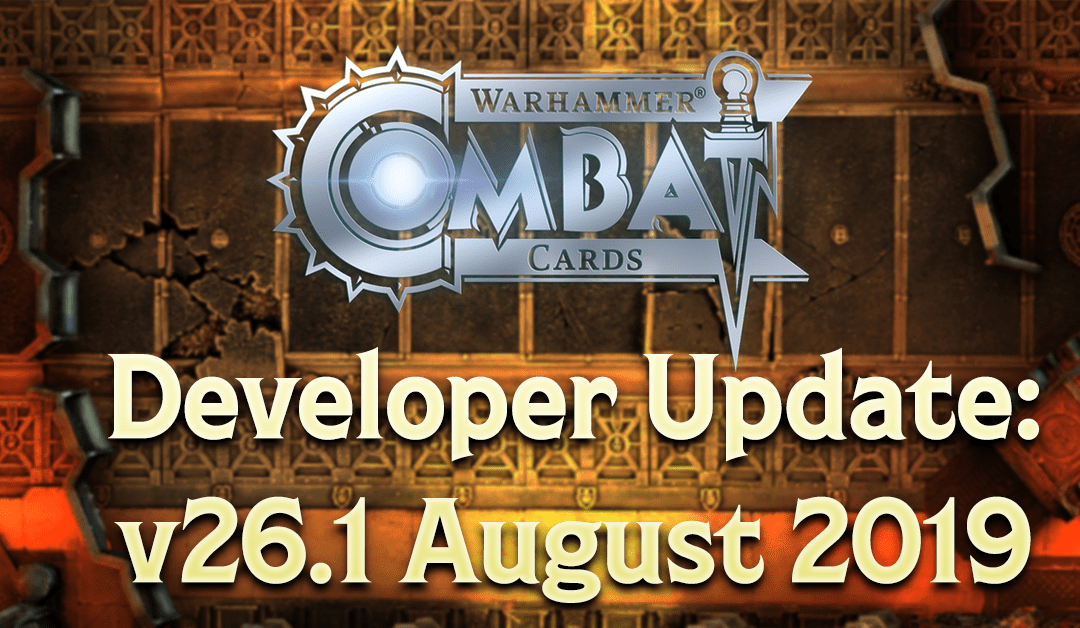 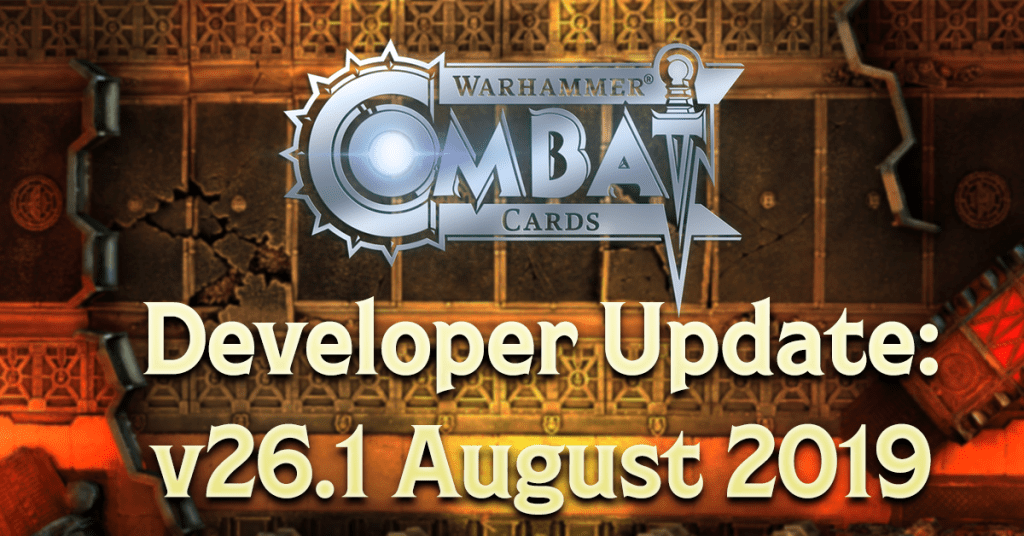 Greetings Citizens, and welcome to the first of what will be many updates detailing what has been going on with Warhammer Combat Cards. It’s fair to say it has been a busy few weeks for the team following the global release of the game. We’ve been listening to feedback from various sources including comments on our Developer Blog, Facebook posts and discussion on the unofficial Discord server and r/WarhammerCombatCards subreddit. It’s been great to see the community start to grow, and rest assured we’ve been listening to your ideas and suggestions and hope to address many of these in the future. Speaking of new ideas, let’s talk about features coming with v26.1! 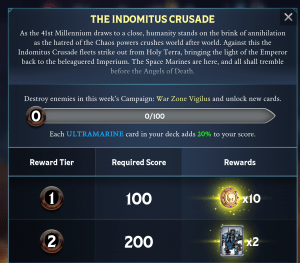 You can claim Mission rewards as soon as you have unlocked them.

Missions – Campaigns are a hugely popular game mode within Warhammer Combat Cards, and we wanted to make taking part in them feel even more rewarding. With Missions, we can set all sorts of different goals for players to reach and provide another method of gaining rewards as you progress through the reward tiers, such as currency and brand new cards.

To start with we will be basing the tiers on numbers of kills obtained during the campaign, and some cards will even provide a boost to this score thanks to another new feature introduced in this update, called…

Keywords – Borrowing from the concept used in Games Workshop’s own codices (or codexes) we have introduced keywords to all of the cards in Warhammer Combat Cards. Keywords can be found on the back of each card, just underneath the awesome lore section detailing each model’s role in the 41st Millennium.

Keywords provide two functions. Firstly, they allow users to easily identify which faction a certain card may belong to so there’ll be no confusion if an objective calls for you to use Ultramarine cards. Secondly, they allow us to do some very interesting thing with battles in the future which we’re sure you will enjoy.

We’ve got lots of exciting new features we wants to include in the game and we know many of you are asking about when Clans will arrive. While we don’t have any news on that now, we’re excited to share them with you in the upcoming weeks. In the meantime, we hope you enjoy the new Missions and be sure to keep on eye on the Developer Blog for more updates and head over to our Facebook page, r/WarhammerCombatCards and the community-led Discord for more discussion.

Thanks for reading – and for playing!